"KNA is one of the most dangerous environments that I have ever reported on. I was previously in Portland and I would say that Portland pales in comparison to Kensington Avenue. The street is just so horrific," Hernandez said. 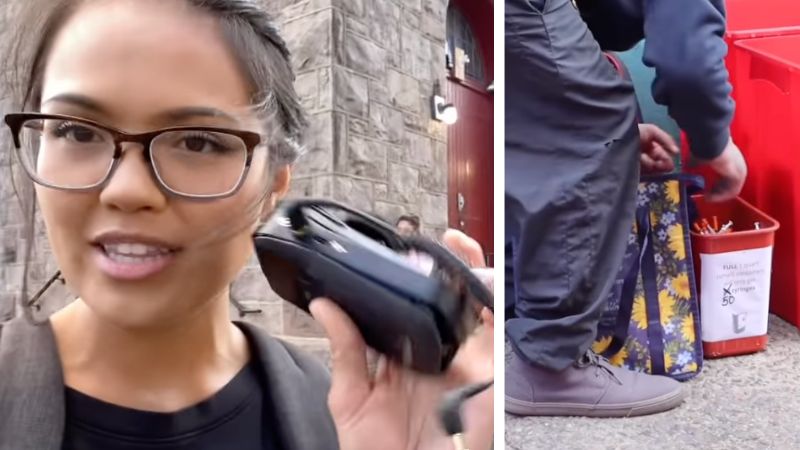 While filming in the streets of Philadelphia on Tuesday, Turning Point USA contributor and Post Millennial reporter Savanah Hernandez was attacked, and parts of her gear were smashed or taken.

Hernandez was outside of Prevention Point, a Philadelphia needle exchange program, in which drug addicts can exchange their used needles for clean ones.

According to Hernandez, the woman began accusing her of "violating HIPPA laws," which resulted in her camera being grabbed by a drug addict, which she was able to get back before it could be stolen.

Her microphone transmitter was smashed, with another addict attempting to grab her phone.

During the incident, this addict splashed an unknown liquid on her, later identified as urine.

Hernandez said that these needle exchanges take place every Tuesday and Thursday.

"So I went to go film it, just the exchange of the needles. This was around 2 pm. And they immdediately told me, because I walked up to you know, some of the volunteers first just to kind of gauge the environment, and they told me that this was private property, that the whole block surrounding their building was private property and that I was not allowed to film there."

She noted that this exchange was taking place on a public street in public space.

"I started filming again, just the needles, and this woman made a big scene about it resulting in an addict, that was a part of the needle exchange, coming and grabbing my camera," she said, noting that while she was able to get her camera back quickly, her receiver was taken by the addict and smashed on the ground.

"And then another security guard takes my equipment," she said, adding that "we eventually get it back."

"And again, they’re threatening to call the police. We’re trying to call police officials, of course, because it’s KNA, nobody ends up showing up."

"KNA is one of the most dangerous environments that I have ever reported on. I was previously in Portland and I would say that Portland pales in comparison to Kensington Avenue. The street is just so horrific. I've never seen so many used needles on the street in my life. The streets are absolutely lined with paraphernalia which by the way is technically illegal," she said.

Hernandez noted that in 1991, Prevention Point got a law passed that would make it legal for their addicts to carry drug paraphernalia if they have a card.

"So I've never seen so many use needles in the streets. There are people that are, you know, taking hard drugs all over, up and down the area. It's absolutely terrifying."