"This pathetic, transparent and silly attack is beneath anyone who claims he wants to lead Georgia." 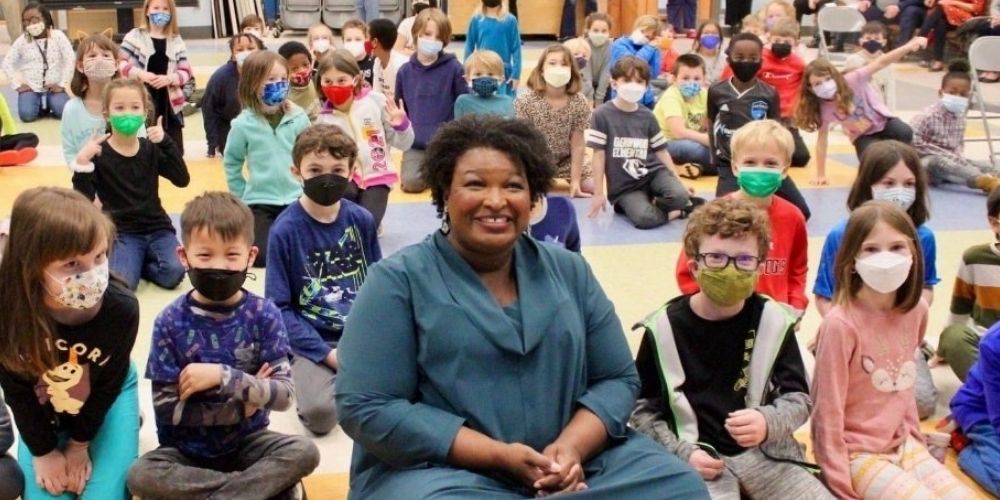 On Sunday, Democratic gubernatorial candidate Stacey Abrams responded to the backlash she has received for posing maskless in a classroom full of masked children at Glennwood Elementary School just outside of Atlanta.

In the photo, Abrams, who is running for governor of Georgia, appeared to be the only person without a mask, while children and staff behind her wore theirs.

"It is shameful that our opponents are using a Black History Month reading event for Georgia children as the impetus for a false political attack, and it is pitiful and predictable that our opponents continue to look for opportunities to distract from their failed records when it comes to protecting public health during the pandemic," a statement from the Abrams campaign reads.

"One of Stacey's opponents downplayed the virus while trading stock to profit off the pandemic after his private coronavirus briefings as a Senator. Another of her opponents attacked mayors seeking to protect their citizens and has failed to expand access to medicaid even as rural hospitals close," it continues.

"This pathetic, transparent and silly attack is beneath anyone who claims he wants to lead Georgia," the statement posted to social media concludes.

The school's principal, Dr. Holly Brookins, posted four pictures on her Twitter account of Abrams' visit, which included three pictures of Abrams without a mask. These maskless photos came despite the Decatur City Commission reinstating a mandatory masking ordinance last month, according to Fox News.

Abrams has since deleted her quote tweet of Brookins' post, with Brookins' account appearing to be deactivated as of Sunday morning, Fox News reported. Abrams called her visit to the school "spectacular, delightful, and outstanding."