"The Supreme Court of Texas denied my Mandamus, effectively terminating my parental rights. My children are now subject to being chemically castrated in California. Texas is an empire of child abuse, led by Texas judges," he said. 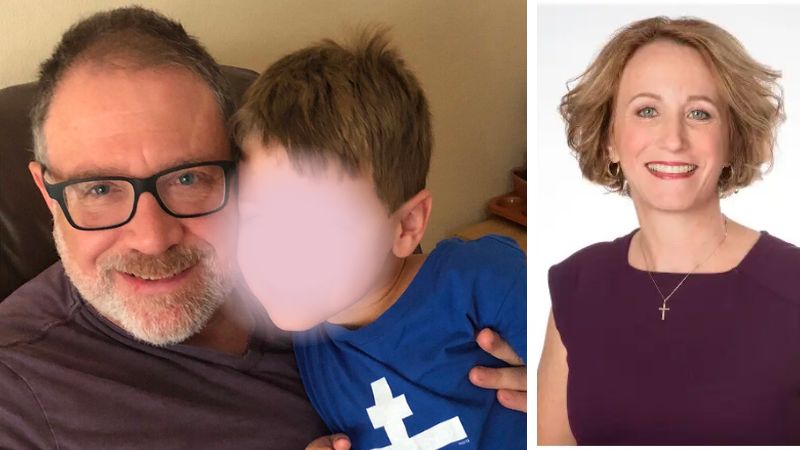 Libby Emmons Brooklyn NY
Dec 31, 2022 minute read
ADVERTISEMENT
ADVERTISEMENT
Jeffrey Younger has lost his court case to prevent his ex-wife from taking their son to California, where he could be medically transitioned. Younger has been trying to stop this from happening for years, and said that he has now reached the end of the line.

He wanted the courts to stop his ex-wife from taking the children to California and to protect his boys from medical mutilation at the hands of their mother, who is a pediatrician. The courts prevented him from forcing the mother to bring the boys back from California. Younger has accused her of using the children to help advertise her "inclusive," "gender affirming" practice.

"The Supreme Court of Texas denied my Mandamus, effectively terminating my parental rights. My children are now subject to being chemically castrated in California. Texas is an empire of child abuse, led by Texas judges," he said.

This after Judge Kim Cooks, on October 24, said that both parents should have a "joint managing conservatorship," which each able to have "a say in his medical treatment," The Texan reported.

The custody case was before the Supreme Court of Texas, which ruled against Younger. Younger had issued a petition on December 16 to try to retain his parental rights after his ex-wife, Dr. Anne Georgulas, took the boys to California.

California has a law in place, starting on Sunday, that children in that state will not be returned to their home state in the event that the home state would prevent the children from being medically transitioned to present as the opposite sex. Younger wanted the boys brought home.

California Senate Bill 107, proposed by State Senator Scott Wiener and signed into law by Governor Gavin Newsom, will "prohibit the enforcement of an order based on another state’s law authorizing a child to be removed from their parent or guardian based on that parent or guardian allowing their child to receive gender-affirming health care or gender-affirming mental health care."

Younger's concern, per his petition, is that in California, his son "would be subjected to transgender procedures deemed to be child abuse by official opinion of the Texas Attorney General." Texas has laws against the medical gender transition of children and teens.

"The Children would lose the protections of injunctions on the Mother that prevent her from chemically castrating the Children or sexually mutilating them in transgender surgeries," younger said in his petition, according to The Texan.

Younger was married to pediatrician Georgulas. Georgulas and Younger ended up in court fighting over the children when she believed that James, Younger's 7-year-old, wanted to live as a girl called Luna.

She further asked the court to prevent Younger from "allowing the children to remain in the presence of anyone who is not calling Luna by her chosen name, 'Luna,' not using female pronouns to refer to her and otherwise not affirming Luna."

Georgulas began to believe James was a girl when he asked for a "girl's toy" from McDonald's and wanted to wear dresses, as well as began to emulate the female lead characters in Disney's Frozen. It was a counselor at the GENecis clinic at the Children's Hospital Center who advised Georgulas to "socially transition" James, according to court documents. Georgulas was affiliated with that hospital.

Younger, who had joint custody in 2019, was and remains entirely against this course of action. When James is with Younger, he does not ask to be called Luna, does not seek out girls' clothes. Yet a court determined that Younger must use the pronouns and names the ex-wife demanded.

In a video posted to the dad’s website, James is asked, "You’re a boy right?" Heavy reported.

The child said Anne also put James in dresses. "She buys me headbands. She gets me hair clips…she paints my nails."

“Do you think you’re a girl?” The child answered in the affirmative.

Georgulas was awarded custody by the Texas courts in 2021. "Dallas County District Court Judge Mary Brown awarded Georgulas full custody of James. Brown also eliminated the requirement that Jeff Younger be notified about James’ medical procedures, except for instances of hormone suppression therapy, puberty-blocking drugs, and gender reassignment surgery. Under that order, Younger must consent to any decisions made under those categories of procedure," The Texan reported.

Witnesses who knew the boys and could attest that James did not identify as a girl when left to his own devices, were prevented from testifying in the case. One mother of the boys' friends said, in testimony she wasn't allowed to give in 2019, that:

"Over the past year, I have observed that James is blissfully happy as a boy. He loves to march around outside and yell, ‘we are the only boy scout troop’ or ‘I’m the Leader of the wolf pack!’ He is always the ring leader, even though he isn’t the oldest of the group. He loves dressing as a super hero and sword fighting. One day we all walked to a playground near my house and on the way home James slipped in some mud and got his clothes dirty. He asked if he could borrow some of my kids clothes and I could wash his.

"Of course I said, ‘no problem’ and grabbed him a pair of shorts from the chest of drawers and tossed them to him. I said, ‘hang on while I grab a shirt from the closet’. He immediately said, ‘Mrs. Sarah, I don’t need a shirt! It’s hot! And boys don’t have to wear shirts if they don’t want to! Isn’t that awesome!’ He was so cute. I said, ‘yes that is awesome!’ As he ran off to play. I did eventually get him to put on a shirt. It was gray with lizards on it and he loved it! He also likes having his hair cut a certain way but told my son Grayson that his mom wouldn’t let him get it too short even though he wanted it to be spikey."

The Office of the Attorney General of Texas filed an amicus letter with the courts on December 22, 2022, saying "a trial court has allowed relator’s former partner to move to California with their children over relator’s objection. There, she intends to provide the child with potentially irreversible medical interventions that may constitute child abuse under Texas law, Atty Gen. Op. KP-0401—particularly given that a court has previously found that 'Mom may have over corrected' for any symptoms of gender confusion exhibited by their child, Pet. 8 (excerpting order). The trial court clearly abused its discretion in permitting relator’s former partner to remove the children from the State given the ongoing litigation regarding their well-being. And that error may be irremediable on appeal because California has enacted a law that makes it difficult (if not impossible) for Relator to regain custody of his vulnerable child."

When Younger attemtped to speak out about gender transition at the University of North Texas, he was prevented from doing so by far-left activists who shut the speaking engagement down.
ADVERTISEMENT
ADVERTISEMENT
TexaswBlur