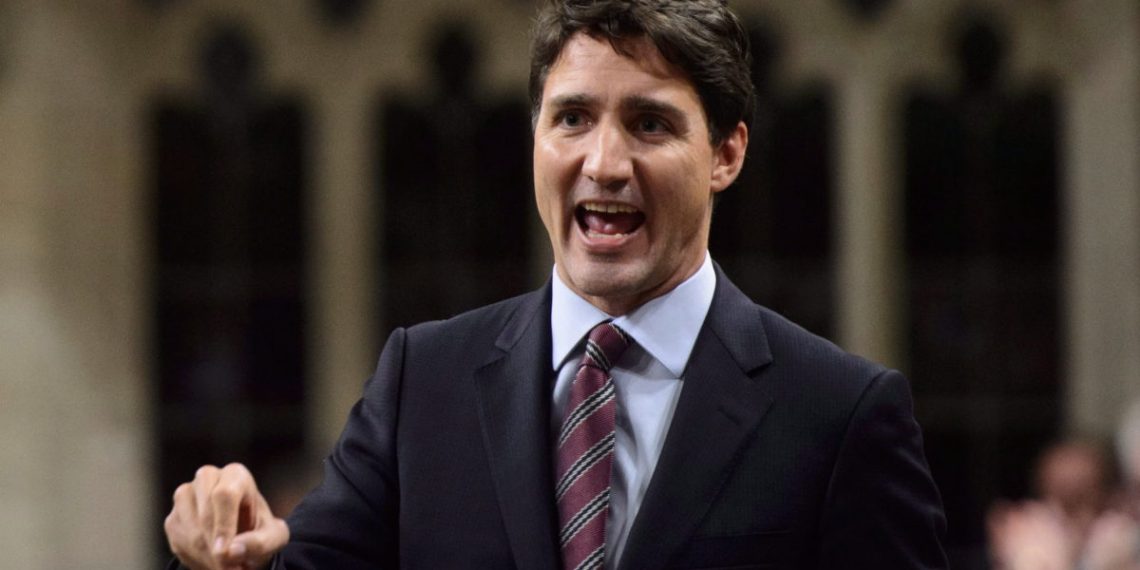 Prime Minister Justin Trudeau made a public appearance after days away from the spotlight, as the city of Ottawa remains gridlocked by protestors calling for an end to federal COVID-19 mandates.

"Individuals are trying to blockade our economy, our democracy, and our fellow citizens' daily lives. It has to stop," said the prime minister, during an emergency debate that was called by New Democrat leader Jagmeet Singh earlier on Monday.

"Individuals are trying to blockade our economy, our democracy, and our fellow citizens’ daily lives—It has to stop. People of Ottawa don't deserve to be harassed in their own neighbourhoods, or deserve to be confronted by the inherit violence of a swastika on the street corner or a confederate flag, or the insults and jeers just because they're wearing a flag. That's not who Canada or Canadians are, that's not what Canadians have demonstrated over the past two years," said Trudeau.

The prime minister had previously referred to the group as a fringe minority, saying: "The small fringe minority of people who are on their way to Ottawa are holding unacceptable views that they're expressing, do not represent the views of Canadians who have been there for each other who know that following the science and stepping up to protect each other is the best way to continue to ensure our freedoms, rights, and values as a country."

Trudeau also previously called those opposed to vaccine mandates sexists and racists, saying that "We have to make a choice, as a leader, as a country. Do we tolerate these people? Because over 80 percent of people have already done their part."