Abacus Data reported in a new poll Thursday that if an election were held now, the Liberals would be in majority territory with 37 percent of the vote. 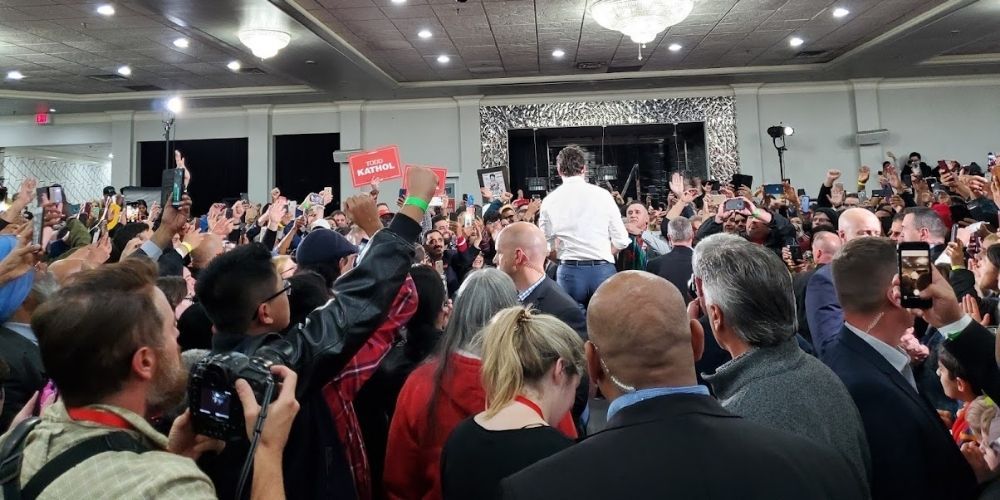 Contending parties have about five weeks to keep the reigning Liberal Party from forming a majority government, which sits at 157 seats — 13 seats from majority territory. A minority government means that Parliament must constantly broker deals with other parties to get bills through the House of Commons.

Social Development Minister Ahmed Hussen said that despite the best efforts of the federal government to pass crucial legislation, they can only do so much as a minority government.

"Unfortunately for months on end, we've seen obstruction and delay from the other side," he said. The federal government repeatedly said that Parliament was dysfunctional, a claim that opposition leaders dismissed.

Speculation continued to mount that Trudeau would soon drop the writ as his cabinet ministers travelled the country with campaign-style announcements.

Notably, Trudeau visited Calgary in mid-July for his first live interview in 16-months to announce $1.5 billion in funding for Calgary's long-delayed green line as part of its local public transit and $222 million in Alberta's Rent Supplement Program to aid low-income families across the province.

He contended that these investments in Alberta did not indicate his government was in an "election campaign mode."

"[This investment] shows we are getting things done," said Trudeau. "Everyone knows this past year has been very difficult, and we've been really focused on supporting people through this pandemic, but at the same time, we've been working on how to rebuild our economy better."

He added: "Having strong Liberal voices in our caucus and around the cabinet table was key to getting big things done for Alberta."

A week later, Calgary Ward 5 City Councillor George Chahal announced that he would seek the Liberal Party nomination for Calgary-Skyview.

The decision expanded wage and rent subsidies for businesses, income support for workers out of a job and those who took time off to care for family or stay home sick until October 23.

By extending benefits until October and maintaining wage and rent subsidies rates until September, the federal government locked in changes before the writ dropped, which is when all policy-making decisions would cease.

Following the election, benefits could be extended further. Budget measures approved by Parliament in June allow the government to extend pandemic aid by another month to the end of November.

There has never been a better time to call a federal election in Canada, said Abacus Data CEO, David Coletto. However, he cited the unpredictability of a fourth COVID wave as the one wild card.

According to Canada's top doctor, the fourth wave of COVID is underway and driven by the Delta variant. Dr. Theresa Tam, chief public health officer of Canada, informed reporters on Friday that her grim predictions came true.

"The latest national surveillance data indicate that a fourth wave is underway in Canada and that cases are plotting along a strong resurgence trajectory," she said.

On average, 1,500 new cases are being reported a day, and the majority are said to be in the 20-to-39-year-old age group. This added to the approximately 13,000 active cases that have more than doubled from two weeks ago.

"While the Delta variant is more contagious, a complete two-dose series of a COVID-19 vaccine still provides substantial protection," said Tam. "The vast majority of cases and hospitalizations are in those not fully vaccinated."

To date, 82 percent of Canadians are partially vaccinated, while 71 percent have the complete two-dose vaccination.

"Canadians are in a good mood," said Coletto, "the government helped to successfully facilitate a global-leading vaccination effort, and it’s summer in Canada."

In July, 79 percent of Canadians surveyed in a Nanos poll believed that the pandemic response trumped the economy and job creation, while only 18 percent believed the economy held greater priority.

Abacus Data reported in a new poll Thursday that if an election were held now, the Liberals would be in majority territory with 37 percent of the vote, according to Politico.

The Conservatives would secure 28 percent, the NDP 20 and the Green Party 5 percent. In Quebec, the Bloc Quebecois sits at 22 percent, 15 points behind the Liberals and down 9 points since early August.

"I wouldn't say a majority is a guarantee," said Coletto. "But they are certainly as close to a majority as they have been since the last election — minus the early days of the pandemic, when they wouldn't have dared call an election."

Abacus Data found 83 percent of Canadians would not be overly concerned about an early-election call. However, 20 percent reported that they'd be angry enough not to vote for the current federal government.

"Forty-six percent think the country is headed in the right direction," said the pollster. "This is near the highest it has been in over five years and 11 points higher than at the start of the 2019 campaign."

The federal government advocated for voting by mail-in ballot and over the telephone.

President of the Privy Council Dominic LeBlanc told Parliament before the summer recess in mid-June that, because he found mail-in voting too challenging in 2019, the mail-in vote should be made more accessible and with less paperwork.

The voting by phone option saw opposition from Conservative and Bloc Quebecois MPs, who suggested it would make it easier to commit voter fraud.