BREAKING: Trudeau says state of emergency 'is not over' despite freedom protests being cleared

Protests at Parliament Hill and the Ambassador Bridge have already been cleared, though Trudeau said while things are peaceful right now, the Emergencies Act needed to stay in place. 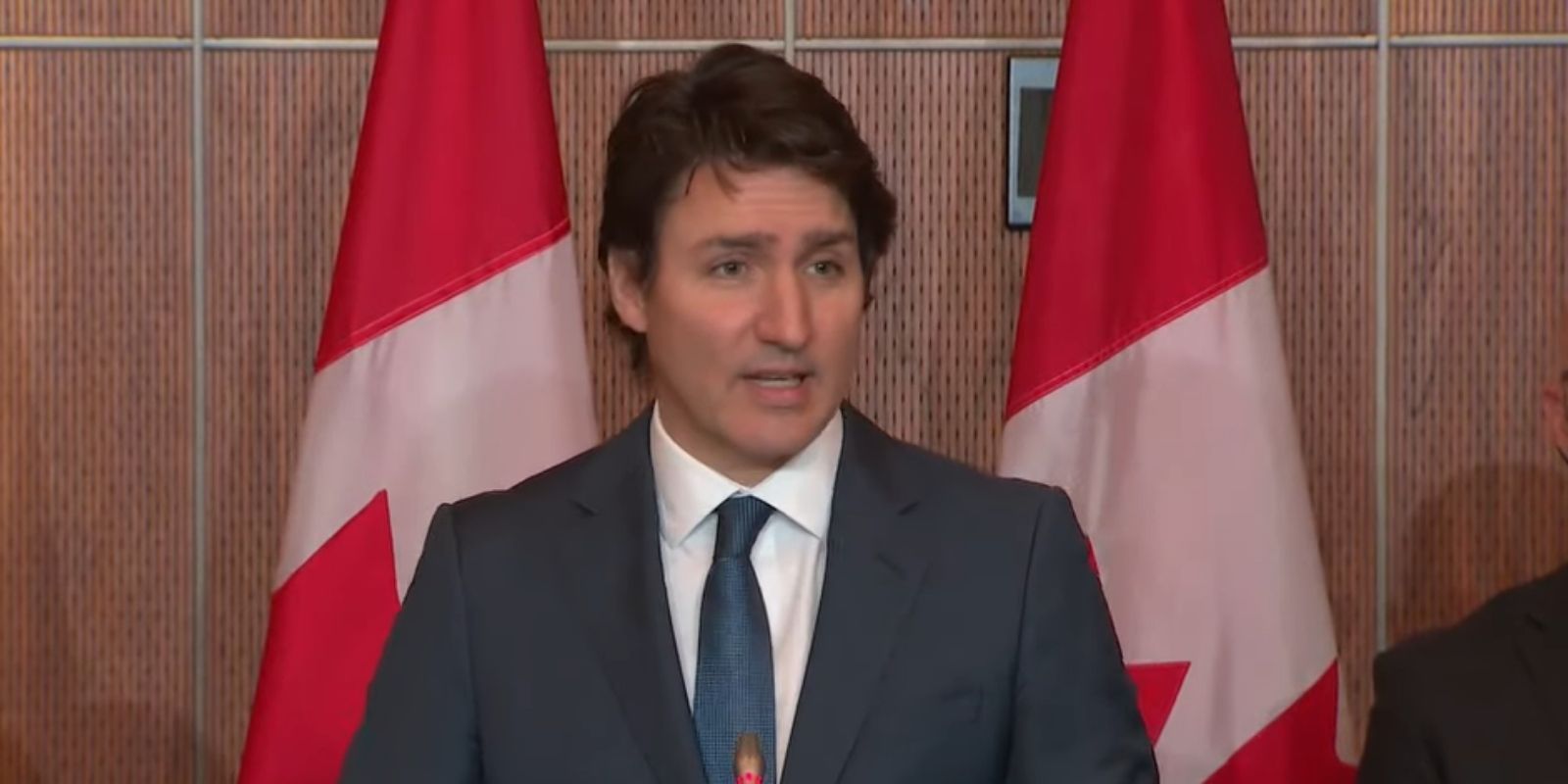 Prime Minister Justin Trudeau held a news conference on Monday where he was joined by several members of his cabinet, including Finance Minister Chrystia Freeland. He told Canadians that the emergency in Canada was not over, despite blockades and freedom protestors being cleared.

"We didn't want to use the Emergencies Act," said Trudeau. "After weeks of dangerous and unlawful activities... after a flood of misinformation and disinformation washed over Canada... after these illegal blockades received disturbing amounts of foreign funding to destabilize Canada's democracy, it became clear that local and provincial authorities needed more tools to restore order and keep people safe."

Parliamentarians will be voting on the Emergencies Act tonight, and Trudeau today urged for MPs to vote in favor of it.

"It's making sure our borders remain open. It has been the responsible thing to do," he said.

Trudeau said that Canadians now have a choice: "Choose to keep reliving these scenes that tear at the values that bind us as Canadians, or we can choose to remember who we are, and the best vision of what Canada can be."

"There's a lesson for all of us in what happened this month. We don't know when this pandemic is going to finally end, but that doesn't mean we can't start healing as a nation."

Protests at Parliament Hill and the Ambassador Bridge have already been cleared, though Trudeau said while things are peaceful right now, the Emergencies Act needed to stay in place.

"The Emergencies Act is not something to undertake lightly. It's something that needs to be momentary, temporary, and proportional," said Trudeau. "We're reflecting on how much longer the emergencies act needs to be in place. We don't want to keep it in place a single day longer than necessary, but even though the blockades are lifted across border openings right now, even though things seem to be resolving very well in Ottawa, this state of emergency is not over.

"There continues to be real concerns about the coming days, but we will continue to evaluate every single day whether or not it is time and we are able to lift this state of emergency.

Public Safety Minister Marco Mendicino said that there was still some activity from freedom protesters, and that the government was taking cues from law enforcement, and that the Emergencies Act would be use to prevent "future blockades."

Trudeau said that he could not imagine that anyone who votes no tonight "is doing anything other than indicating that they do not trust the government to make incredibly momentous and important decisions at a very difficult time."