"That's when I realized he was a f*cking idiot," Trump said. 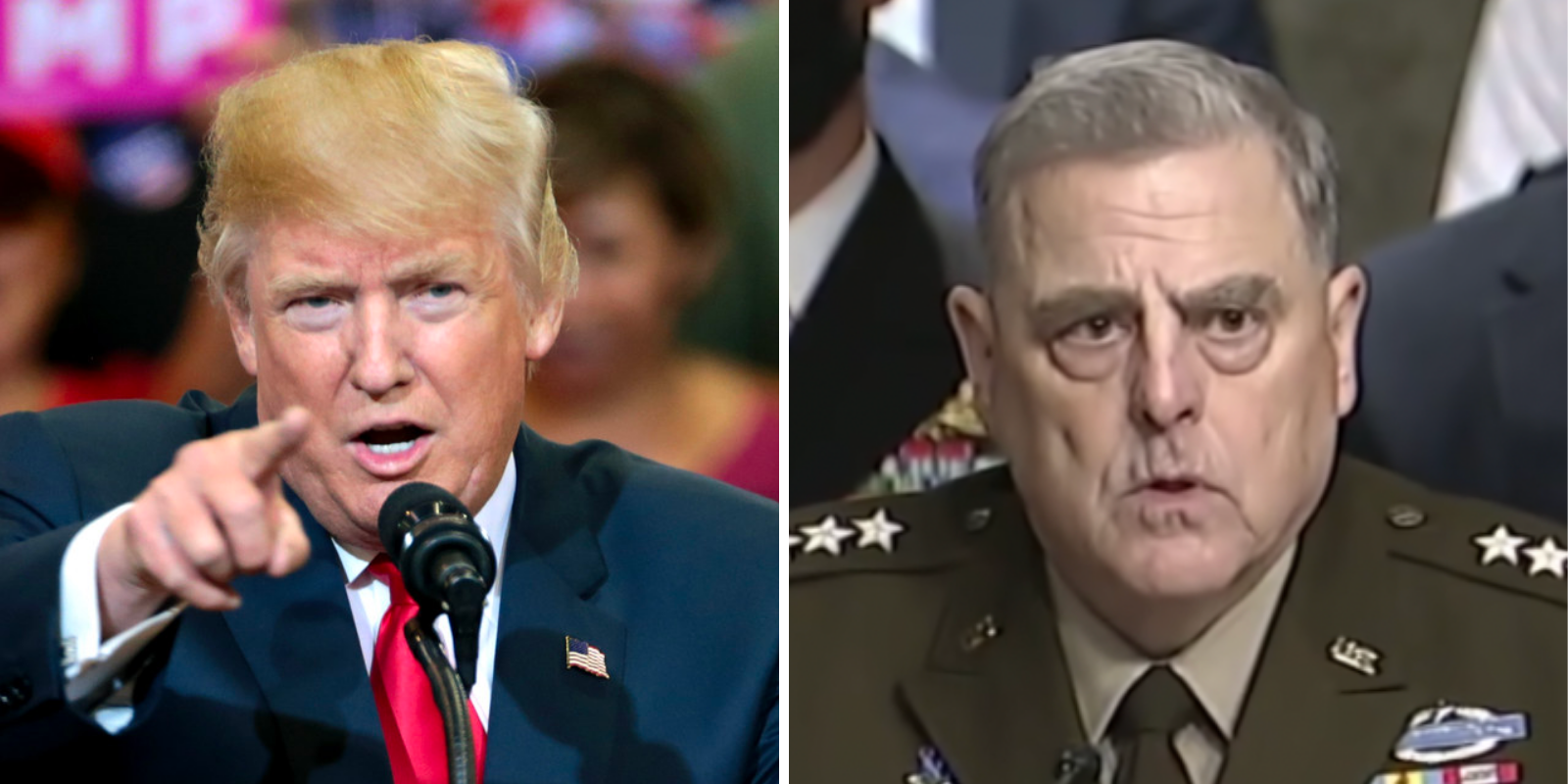 Over the weekend, President Donald Trump called "woke" General Mark Milley, chairman of the Joint Chiefs of Staff, "a f*cking idiot" at an event Saturday.

Trump made the remark at an event in Mar-a-Lago hosted by conservative organization Turning Point Action, a C4 affiliate of Turning Point USA.

In reference to the withdrawal from Afghanistan, Trump said, "I want every nut, every bolt, every screw. We're taking everything. We're taking down the tents. They left all the tents. They left everything. Couldn't they have flown in a couple of hundred pilots and flown the planes back?" Trump asked, pivoting to grill Milley. Human Events Daily's Jack Posobiec got the scoop.

Trump recounted when Milley said, "Sir, sir. It's cheaper to leave the equipment than to bring it." Trump listed the millions of dollars of brand new equipment.

"You think it's cheaper to leave it there so they can have it than it i to fill it up with a half a tank of gallon..." Trump questioned. "That's when I realized he was a f*cking idiot," Trump said. The audience then exploded in laughter.

In recent months, Trump has slammed Milley as "a complete nut job" who put the United States "in a very dangerous position." Trump has also called for the "dumbass" to be tried for treason while 130 retired US military generals and admirals have signed a letter calling for Milley's resignation.

"I've read Mao Zedong, I've read Karl Marx, I've read Lenin. That doesn't make me a communist," Milley claimed. "So what is wrong with understanding, having some situational understanding about the country for which we are here to defend? And I personally find it offensive that we are accusing the United States military, our general officers, our commissioned, non-commissioned officers of being, quote, 'woke' or something else, because we're studying some theories that are out there."

Trump's repeated condemnation of Milley follows reports that surfaced alleging that during the last few months of the Trump administration, Milley contacted China's top military commander to reassure that if the United States were to attack China, he would warn the foreign power in advance.

After the allegations broke that Milley undermined Trump, the White House responded with full confidence in the Biden administration's top general. Milley has maintained that "China is not an enemy" to the United States.

Among other blunders, Milley had called the mistaken US drone strike in Afghanistan that killed 10 civilians, including seven children, "righteous."