Carlson shared screenshots of both the Bee's and Kirk's suspension, saying "But wait. Both these tweets are true." The tweets stated that Dr. Rachel Levine, a biological male, is a man. 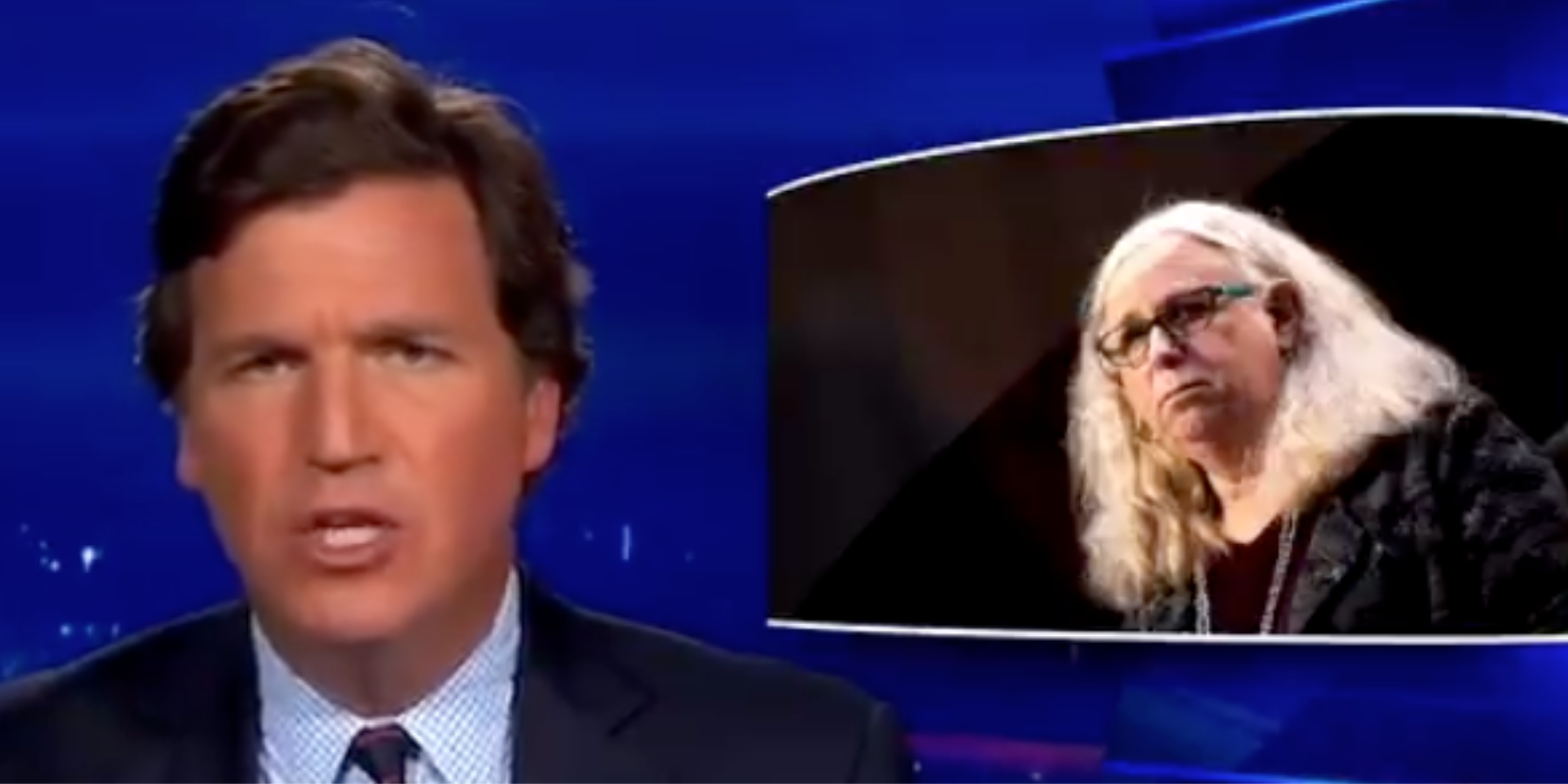 After The Babylon Bee and Charlie Kirk caught Twitter bans for posting that Biden's assistant Health and Human Services secretary Rachel Levine is a "man," Tucker Carlson was censored by Twitter for pointing out that both the Bee and Kirk were telling the truth. His tweet, in defense of Kirk and the Bee, is no longer available on Twitter because it "violates the Twitter rules."

Charlie Kirk was banned for saying "Richard Levine spent 54 years of his life as a man. He had a wife and family. He 'transitioned' to being a woman in 2011, Joe Biden appointed Levine to be a 4-Star Admiral, and now USA Today has named 'Rachel' Levine as a 'Woman of the Year'[.] Where are the feminists??"

Twitter said that the tweet was in violation of the "rules against hateful conduct." The rule states that users "may not promote violence against, threaten, or harass other people on the basis of race, ethnicity, national origin, sexual orientation, gender, gender identity, religious affiliation, age, disability, or serious disease."

The Babylon Bee's Twitter account was banned on Sunday after they shared a satirical article naming Levine "Man of the Year." This was in response to USA Today's naming Levine "Woman of the Year," despite Levine being a biological male who wears women's clothes and self-identifies as a woman. Levine is a medical doctor.

The Babylon Bee refused to delete the tweet, and faces a permanent Twitter ban for not doing so. Bee CEO Seth Dillon appeared on Tucker Carlson's show Monday night to explain their reasoning, which essentially was that the truth is the truth, and should not be censored, and those who speak the truth should not speak lies simply to avoid censorship and be allowed to speak on a platform that encourages fiction over fact.

When the Bee's editor-in-chief Kyle Mann joked that perhaps Twitter would allow Mann back into the account "if we throw a few thousand Uighurs in a concentration camp," he caught a ban as well. Mann's joke was that Chinese state-run media has full access to their Twitter account, despite the CCP being responsible for human rights abuses against the Muslim minority in the communist nation.

This is not the first time Levine has been a source of controversy on the platform. Both Reps. Marjorie Taylor Greene and Jim Banks were suspended and censored by Twitter for stating that Levine, a biological male, is male and is a man.