BREAKING: Uvalde school police chief on administrative leave, will be replaced, after investigation into mass shooting

Uvalde School District Police Chief Peter Arredondo has been placed on administrative leave after failing to provide investigators with an accurate timeline of the events that occurred from within Robb Elementary School. 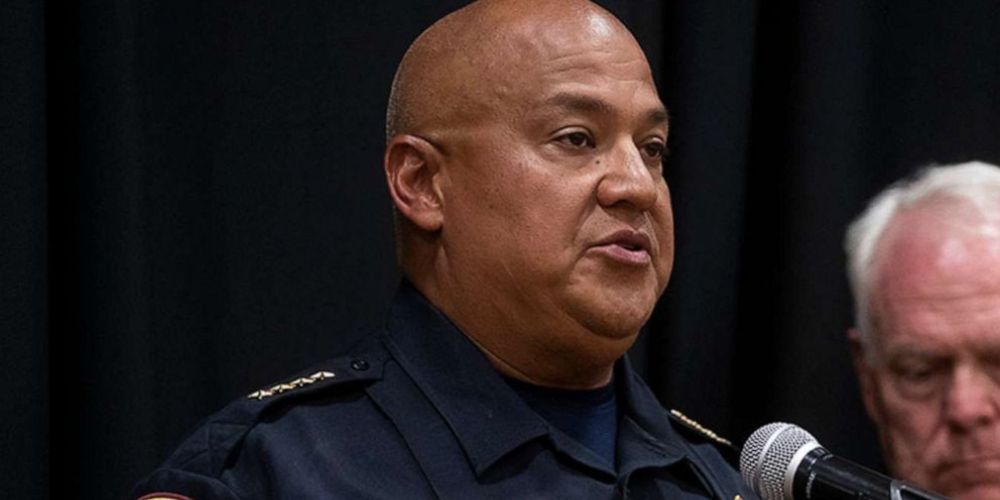 Uvalde School District Police Chief Peter Arredondo has been placed on administrative leave after failing to provide investigators with an accurate timeline of the events that occurred from within Robb Elementary School.

Despite intending to wait until the internal investigation was completed, Dr. Harrell decided to place Arredondo on administrative leave over a "lack of clarity" or timeline of the harrowing events that resulted in the massacre of 19 students and two teachers, one of the largest mass shootings in US history.

"From the beginning of this horrible event, I shared that the district would wait until the investigation was complete before making personnel decisions," Harrell wrote in the statement. "Today, I am still without details of the investigation being conducted by various agencies."

"Because of the lack of clarity that remains and the unknown timing of when I will receive the results of the investigation, I have made the decision to place Chief Arredondo on administrative leave effective this on date," Harrell said.

Since the day of the Robb Elementary School massacre, Arredondo has been under extreme scrutiny after being named responsible for the botched police response. In addition, he has been caught providing media with false timelines and statements of the police response that day.

The reprimand comes days after the authorities released the first interior photo from within Robb Elementary School that showed officers on standby in a hallway with rifles and bullet-resistant shields nearly an hour before the lone gunman was shot and killed.

Arredondo, who became the chief of police for the Uvalde school district in 2020, assumed the role of incident commander one week prior to the massacre.