Chloe Cole, the 18-year-old detransitioned woman from California who is currently suing her gender-affirming doctors for medical malpractice, says it was a year before she regretted having her breasts amputated. 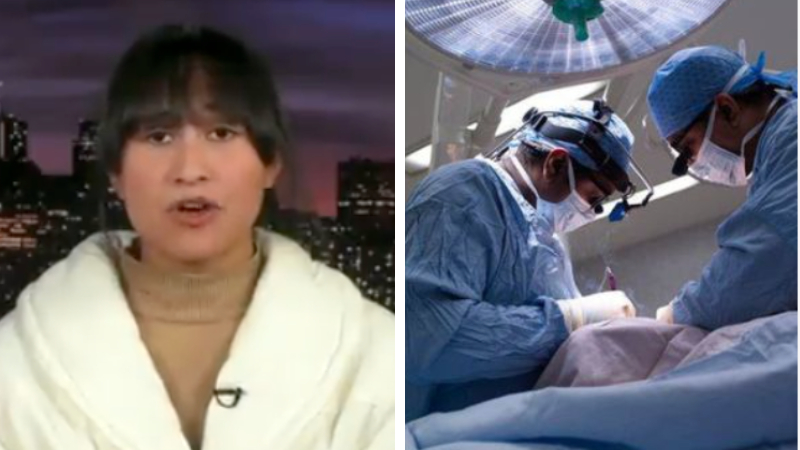 Questions are being raised about a recently published study that claims to prove performing bilateral mastectomies on teenage girls and young women improves their quality of life, with some experts saying the data is not reliable.

The study, which was conducted by Northwestern Medicine and published in The Journal of the American Medical Association, JAMA Pediatrics, involved two groups of patients aged 13 to 24. One group had their healthy breasts amputated in the name of gender-affirming care and the other did not.


The follow-up period was just three months, and the researchers found that the group that had undergone breast amputation suffered from less chest dysphoria than the control group who had not gone under the surgeon’s scalpel.

However, some experts in the field of gender medicine are questioning the findings of this research, suggesting that a follow-up period of just three months isn’t nearly enough time to assess the suitability of performing such a radical procedure on healthy children and young adults.

“I don’t think it should shape clinical care because three months after an operation, people can easily feel happy because complications haven’t happened yet,” Stella O’Malley, a psychotherapist and founder of Genspect, told Fox News.

But when Fox News reached out to Northwestern Medicine for comment, a spokesperson defended the findings.

“We provide comprehensive and affirming medical treatment that honors every individual, including those who are transgender and gender-diverse,” said the statement to Fox News.

“This peer-reviewed study was accepted and published by one of the world’s leading medical journals,” which says much more about the state of the peer review process than it does about the appropriateness of amputating the healthy breasts of vulnerable teenage girls and young women.

Chloe Cole, the 18-year-old detransitioned woman from California who is currently suing her gender-affirming doctors for medical malpractice, says it was a year before she regretted having her breasts amputated. Cole was put on puberty blockers and testosterone at age 13, had a double mastectomy at 15, and then detransitioned at 16.

“I was only a kid. I didn’t really have the mental faculties or the life experience to be able to really understand what I was doing to myself,” Cole told Fox News. “And they didn’t give me, like, a full picture of what might happen to me.”

“I was kind of given the impression that I would be mostly fully healed by a year to about a year and a half,” said Cole. “Well, it’s been over two years, and I’ve actually had some regressions in the healing process.”

Like many detransitioners, Cole truly believed that she was a boy, and expected medical transition to solve all her mental health issues. Sadly, like so many others, when she got to the end of the transition process, she discovered it wasn’t the solution she had been promised it would be.

“After two years on testosterone, I was diagnosed with depression, anxiety, and I struggled with suicide ideation,” Cole told Fox News. “I was doing this really adult thing as a kid. I took away opportunities for myself as an adult.”

Cole recalls initially feeling happy after having her healthy breasts cut off, but gradually started to regret undergoing the procedure. Therefore, if Cole had participated in the Northwestern study, she would have been considered one of the success stories.

Dr. Erica Anderson, a trans-identified male psychologist, told Fox News any type of invasive surgery has the potential to be traumatic, and expressed concern that young people are being rushed into making these life-altering decisions without adequate prior assessment.

“The concern I have currently, which I’ve been expressing, is that if a young person doesn’t get all the support that ideally they should have, and they are rushed through the process, that they don’t process the decision in a mature way,” said Anderson.