"Do we want to organize a community safety patrol, and take our park back? Think what the Guardian Angels did to take back the subways in the 70s/early 80s," group organizer Kristian Nammack write in a social media post on August 20. "We may also get to wear cool berets. I'm being serious." 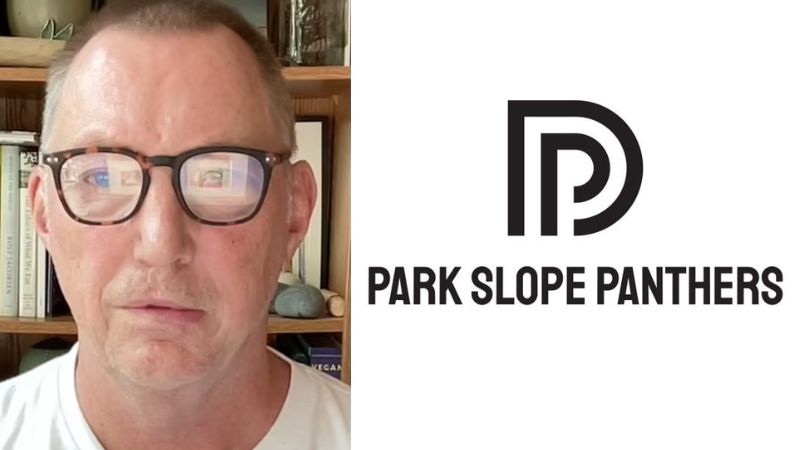 The Post Millennial
Sep 21, 2022 minute read
ADVERTISEMENT
ADVERTISEMENT
A group of Brooklyn liberals have created a neighborhood watch group in response to the recent killing of a dog by a homeless man. At their first meeting though, attendees spent less time talking about how to better serve and protect their neighborhood, and more time on expressing discomfort with policing and squabbling over the group’s name.

According to the Daily Mail, the group is calling itself the Park Slope Panthers, and says that it wants to follow the model of the Guardian Angels, who guarded the New York City subway system in the 1970s and 80s. Shootings and violent crime are up in the city across the board.

"Do we want to organize a community safety patrol, and take our park back? Think what the Guardian Angels did to take back the subways in the 70s/early 80s," group organizer Kristian Nammack write in a social media post on August 20. "We may also get to wear cool berets. I'm being serious."

Nammack organized the group after a golden retriever mix, named Moose, was killed on August 3, after a homeless man chased down him and his owner, Jessica Chrustic, attacking both with a large stick and trowing a container of urine on the dog.

In a call to action posted to MeetUp, Nammack, a financial consultant, wrote, "In light of people feeling unsafe to use Prospect Park due to recent attacks of both people and dogs, in one case resulting in the death of a dog; and in light of the epidemic of packages being stolen from stoops and lobbies, we want to form a neighborhood watch. The goal is to be eyes and ears and to take our neighborhood back."

According to the Substack Common Sense, writer Suzy Weiss attended the group’s first meeting earlier this month, and recounted how the meeting devolved into squabbling over topics like the group’s name.

The meeting was held in Prospect Park, not far from where Chrustic and her dog were attacked.

Nammack, who had been part of the Occupy Wall Street protests and described his politics as being "left of Lenin," said that while the group was sparked because of the dog’s death, there were other issues facing the neighborhood like rampant homeless people, stores selling Delta-8 weed, packages and other items being stole, and robberies of stores.

“What’s with you calling yourself the Panthers?” One man asked.

Nammack noted that the name came from two panther statues that sit at the entrance of the park, which have been there since 1898.

"Using the Panthers as your group’s name is kind of abhorrent to me," said one girl. "It feels antithetical to what the Black Panthers would stand for."

Another girl, who said her name was Sky added: "It’s easy to be wrong about who you’re going after, particularly when those are some of the few black people still living in the neighborhood, and they’ve been pushed out on the streets by all white, ultra-wealthy people."

In regards to the assailant that prompted the group’s formation, who had been seen recently chasing down another woman and her dog shouting "let’s see some action here!," the group was hard-pressed for answers.

"So, it sounds like this person has been pushed out of an unimaginable amount of systems," one man said, adding that the assailant was most likely "neurodivergent."

“Crime is an abstract term that means nothing in a lot of ways,” said Sky. “The construct of crime has been so socially constructed to target black and poor people.”

Not long after the meeting had started, a group of people in their early twenties, sporting medical face masks, arrived with a large speaker playing electronic music.

One of the members of this group said, "We are super not into you guys having your meeting or doing anything in the park," adding that he wasn’t "super into abiding by the structure that you’re setting up."

According to Weiss, Nammack woke up to red graffiti outside of his house which read "don’t be a cop, Kris," after expressing concerns regarding the assailant to his local council person’s office.

The website adds, "I am all about community care — but let’s work on harm reduction tactics that benefit everyone, versus 'neighborhood watches' and 'patrols' that only incite more racist heavier than there already is. Also, 'Park Slope Panthers?' Are you people for real?! Jesus."
ADVERTISEMENT
ADVERTISEMENT
Park Slope Panthers