Psaki says, "Nobody thinks that's fair. Yes, they were asking them to pay more. Yes, so it will cost them more." 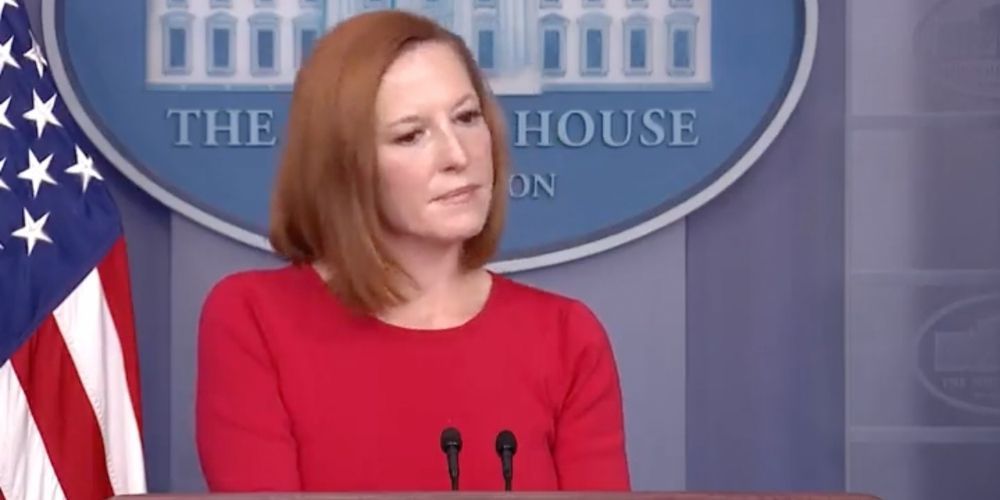 "You guys acknowledge the sort of broader truth that it does cost somebody, right? That the cost of the investments that the president wants to make doesn't imply they're not simply a free lunch, right?" one reporter asked.

"But there's a clear difference between what we're talking about as it relates to taxpayer funds, right, or funding that is lead to our debt, right?" contested Psaki.

"I know many Republicans are supposedly concerned about and asking businesses, but 50 of the top companies in 2020, paid not $1 in taxes. A lot of high-income net high or high-income individuals pay lower tax rates than nurses and teachers," she said.

Psaki continued: "Nobody thinks that's fair. Yes, they were asking them to pay more. Yes, so it will cost them more."

Though she commented earlier in the press conference, the plan would cost $0.

Psaki's statement saying that businesses would be the only ones impacted has caused concern from executives at these companies, with some worried that the increase would hinder investments in American companies.

"No one wants to see the tax rate go up" to 26.5 percent, said Scott Herren, chief financial officer at Cisco, told The Wall Street Journal, noting that there shouldn't be tax changes that make it less appealing for businesses to invest in the US.

Chief Financial Officer of Donatos Pizzeria LLC Doug Kourie said. "Any more taxes we pay is less invested back into the company," he said. "It would have a real impact."

Her statement contrasts with those said by President Joe Biden and House Speaker Nancy Pelosi, who has said that the new plan would cost "zero dollars" and that the focus should not be on the price tag, but on the things it offers.

On Saturday, Biden tweeted that "My Build Back Better Agenda costs zero dollars."

"Instead of wasting money on tax breaks, loopholes, and tax evasion for big corporations and the wealthy, we can make a once-in-a-generation investment in working America," he continued. "And it adds zero dollars to the national debt."

"But polling data shows that they strongly support our infrastructure. I think they're a little tired of infrastructure week for four years in a row."

On Sunday, Pelosi was questioned about fellow Democrats concerned about the bill's price tag.

"So, again, the Senate and the House, those who are not in full agreement with the president, right, let's see what our values — let's not talk about numbers and dollars. Let's talk about values," continued Pelosi.