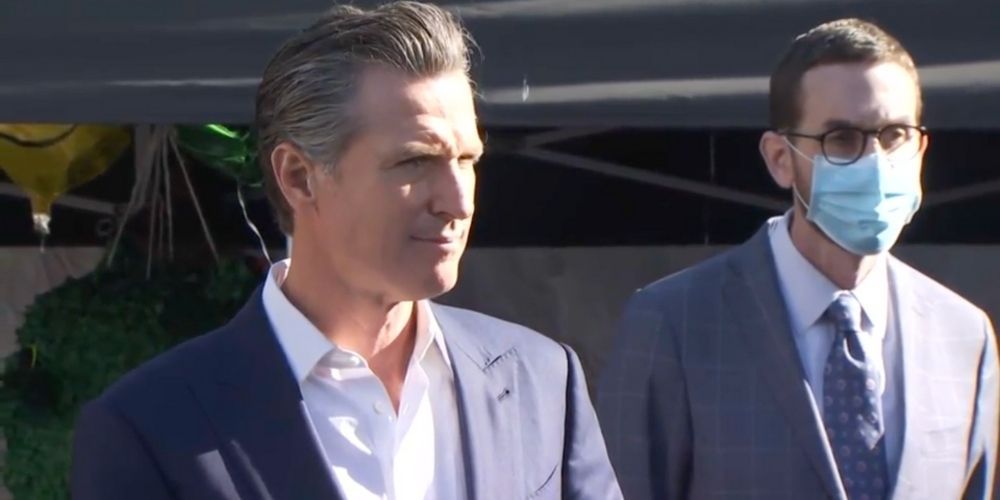 Newsom on Monday said that he had "no sympathy or empathy" for those involved in recent organized retail thefts in the San Francisco Bay Area recently, according to KCRA 3.

The governor, who has previously spoken out against defunding the police, stated on Monday that he plans to include an "exponential level of support" in his upcoming budget to help cities address retail theft rings and other quality of life issues facing the state.

On Friday, around 80 armed and masked looters robbed a Nordstrom in Walnut Creek California, fleeing in dozens of cars.

In July, Newsom reestablished the crime of organized retail theft, once again allowing prosecutors to seek either misdemeanor or felony charges against those who collaborate to steal merchandise.

The law also applied to someone who works in collaboration with others to receive the stolen merchandise, those who steal for others as part of an organized theft ring, or people who do the recruiting or organizing for the theft ring, according to KCRA 3.

Newsom has previously spoken out with mixed feelings against the defund the police movement, instead promoting reforms to existing police structures.

"If you're talking about reimagining and taking the opportunity to look at the responsibility and role that we place on law enforcement to be social workers, mental health workers, get involved in disputes where a badge and a gun are unnecessary, then I think absolutely this is an opportunity to look at all of the above," said Newsom in June of 2020, according to Fox News.

In August, Newsom said that progressive police reform and criminal justice reform policies in California have led to "a significant decline in gun violence and gun-related deaths, not despite those policies but because of them."

In late September, Newsom signed into law two pieces of legislation that look to hold officers accountable for misconduct.

According to a press release, "SB 2 creates a system to investigate and revoke or suspend peace officer certification for serious misconduct," and "SB 16 increases transparency over peace officer misconduct records."