Windsor police warned that anyone blocking the streets could be subject to arrest and their vehicles may be seized. 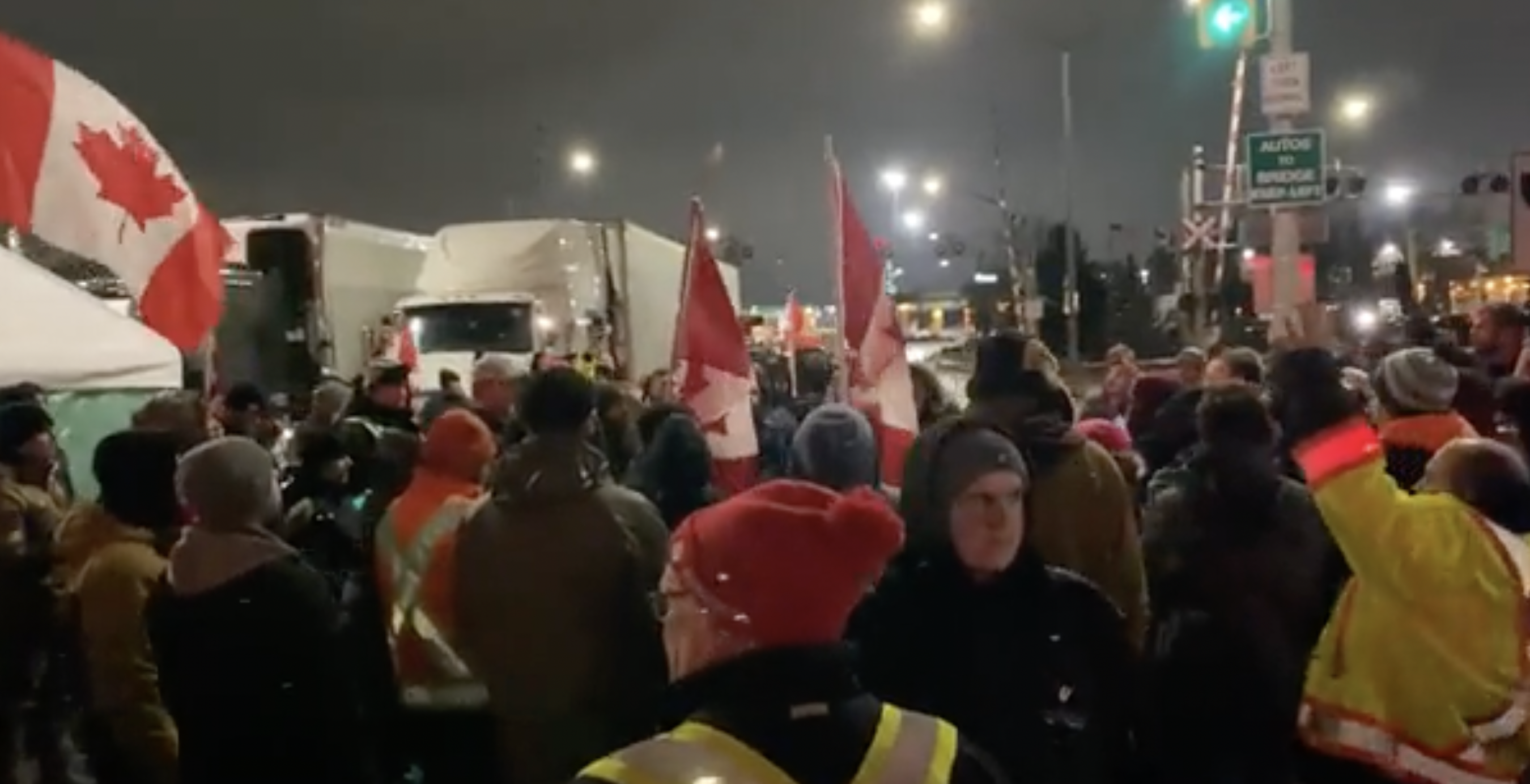 An Ontario Judge has ordered the protesters at Ambassador Bridge to clear the site on Friday, as the Canadian establishment actively seeks to end the freedom demonstrations that have cost them millions of dollars in disruptions.

Despite the order, freedom protesters are holding the line and supporting each other.

"The court ordered injunction at the Ambassador Bridge has kicked in and there’s more protestors here now than at any other point this week. They’re streaming in by the dozens. It’s hard to see police stepping in at this hour with so many people here celebrating, and carrying on," tweeted local news reporter Adrain Ghobrial.

A live stream of the situation can be watched here:

While it's not clear when police officers will move in to deal with the matter, according to the Associated Press, Windsor police warned that anyone blocking the streets could be subject to arrest and their vehicles may be seized.

Other additional details added by The New York Times are that the mayor of Windsor requested the order since the "bridge carries roughly a third of U.S.-Canada trade," which comes alongside a definitive state of emergency declaration by Ontario Premier Doug Ford seeking to end the trucker convoy protests entirely.

The latest communication from Windsor Police Service is as follows: authorities say that obstruction with the "lawful use" of property such as the Ambassador Bridge is a criminal offense known as mischief to property.

Canadian authorities say the ramifications for such actions include seizing vehicles and barring protesters from visiting the United States for the foreseeable future.

In terms of concessions and the point of the trucker convoy protests in the first place, Prime Minister Justin Trudeau's health minister said Friday the government is "actively reviewing" the COVID-19 measures. In that regard, the Manitoba province recently announced they're ending all restrictions by March 15.

While it appears as if the establishment has clamped down on the demonstrations, it has internationally inspired protests in places like France and New Zealand.

However, on the American side of the debate, CNN analysts have since suggested actions that'd make the trucks involved in the pro-medical freedom protests immobile as a means of ending the large-scale demonstrations.