As North America continues to cower and capitulate to the mob, a cowardly Canadian newspaper has taken grovelling to our woke overlords to the next level. 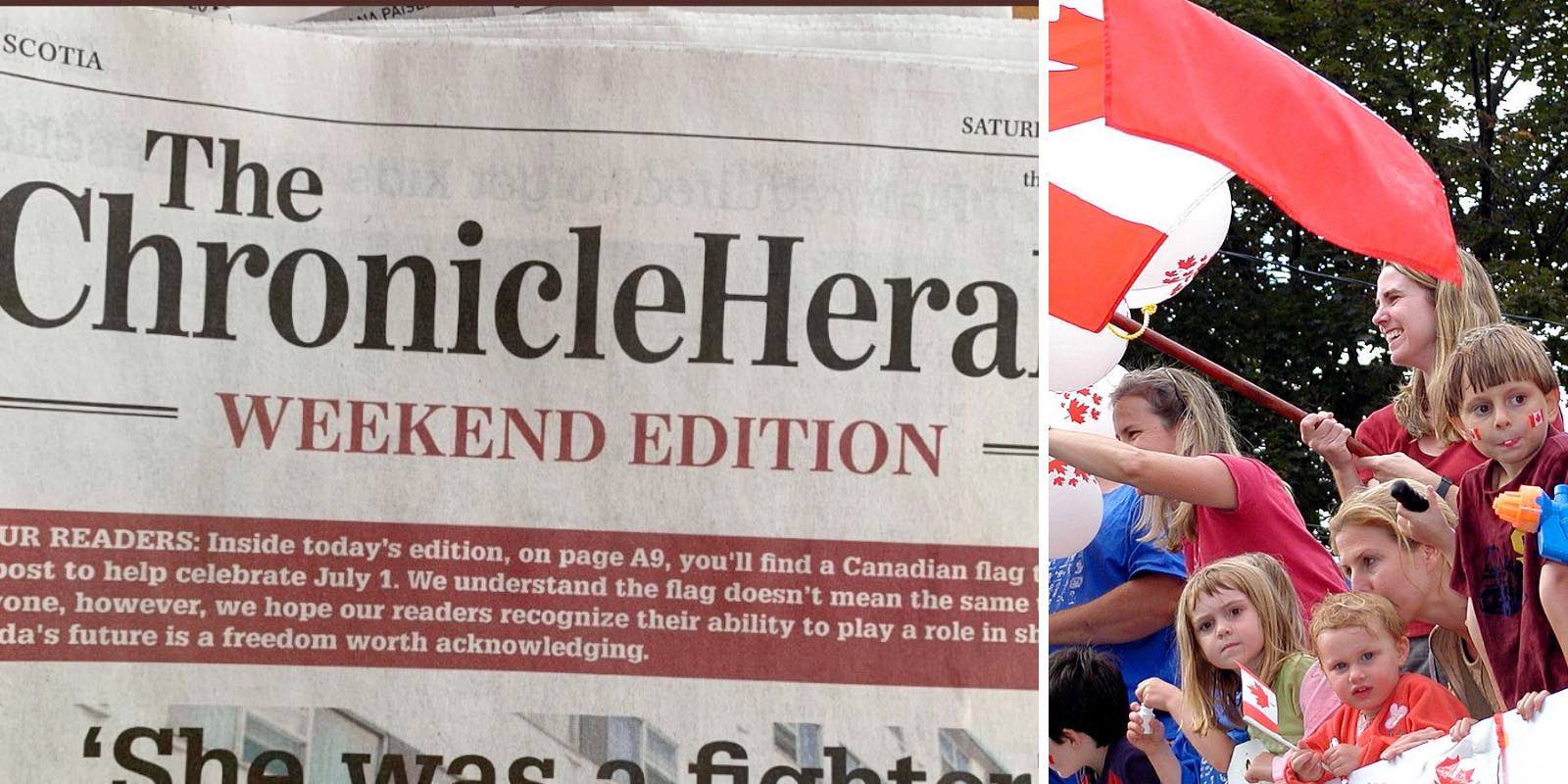 As North America continues to cower and capitulate to the mob, a cowardly Canadian newspaper has taken grovelling before our woke overlords to the next level.

The Chronicle Herald out of Halifax, Nova Scotia, has actually run a trigger warning for printing the Canadian flag in its Saturday edition.

They write: "To our readers: inside today's edition, on page A9, you'll find a Canadian flag to clip and post to help celebrate July 1. We understand the flag doesn't mean the same thing to everyone, however, we hope our readers recognize their ability to play a role in shaping Canada's future is a freedom worth acknowledging."

The flag then appears on page A9.

The Canadian flag with it's 11-pointed maple leaf has been a source of pride for Canadians since it was unveiled on February 15, 1965. Its design was something of a national project. Prior to this, the Canadian Red Ensign was the unofficial symbol of the nation. The signature maple leaf, however, was on the Ensign since 1868.

Canada Day marks the anniversary of the British North America Act in 1867. The day was renamed Canada Day from the former Dominion Day in 1982.