Canadian snack foods now made with CRICKETS as primary ingredient

"Powered by sustainably farmed, organic crickets, our puffs are high in protein, rich in vitamins such as B12, and a natural source of prebiotics." 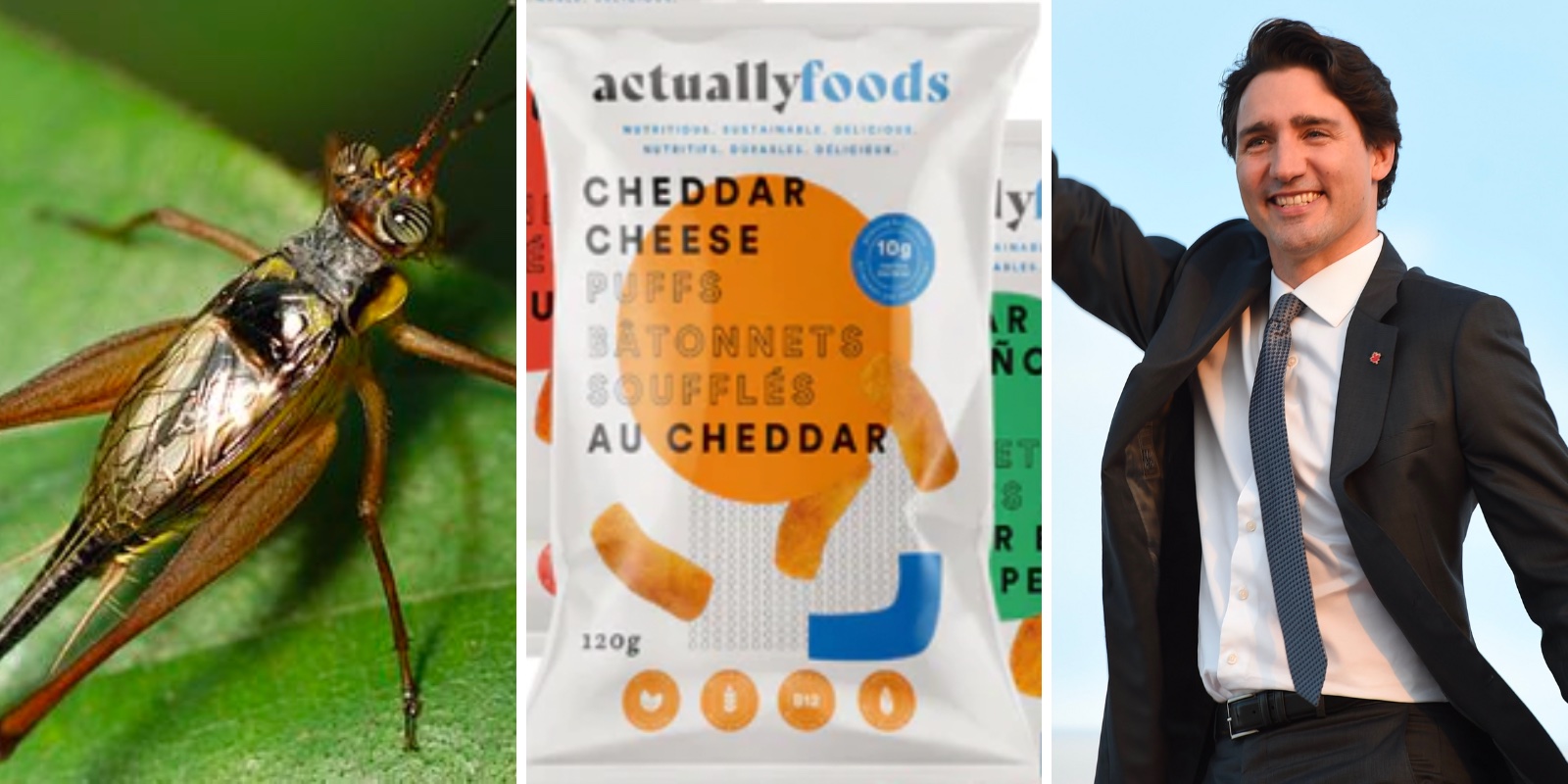 A food brand called ActuallyFoods lists Organic Cricket Flour as one of its ingredients. The brand, from Canadian company Entomo Farms, has several new cheese puffs that they say are "actually" good for you.

"We've ditched so-called 'natural' ingredients that are actually not as clean as they claim. Instead, we're making something you can feel good about, using unexpected ingredients that, although surprising, actually boast the health benefits you're looking for: like high-protein cricket powders, fava bean, and more," they write on their site.

Crickets have been in the spotlight as of late. Recently, Canada announced that it has completed its construction of the world's largest cricket production facility.

Actually Foods, claiming they offer "a smarter way to snack," gives the warning that "people who are allergic to shellfish may be allergic to crickets." Cricket flour, listed among the other flours used, is a primary ingredient in Actually Foods' cheese puffs.

Some say that crickets and other insects are being prepared for the public to consume due to food shortages, which may or may not be planned. The theory also suggests that humans will be convinced the eat bugs because of the environmental impact that factory farming has.

The Daily Mail ran an article titled "Scientists plan to feed primary school children crickets and mealworms to make the UK greener," and a December Bloomberg article was titled "Crickets, Mealworms and Grasshoppers Are Human Food, EU Says" which states that "Insects [are] seen as an alternate source of protein to animal meat."

ActuallyFoods' site continues: "We prioritize the planet just as much as we do our health. Our superfoods produce less emissions and waste than traditional health foods, so they’re an easy choice for eco-friendly eaters.

"Powered by sustainably farmed, organic crickets, our puffs are high in protein, rich in vitamins such as B12, and a natural source of prebiotics."