CBC is under fire after publishing a hostile article targeting an independent conservative media outlet run by members of a highly-persecuted Chinese religious minority for its accurate reporting on China. 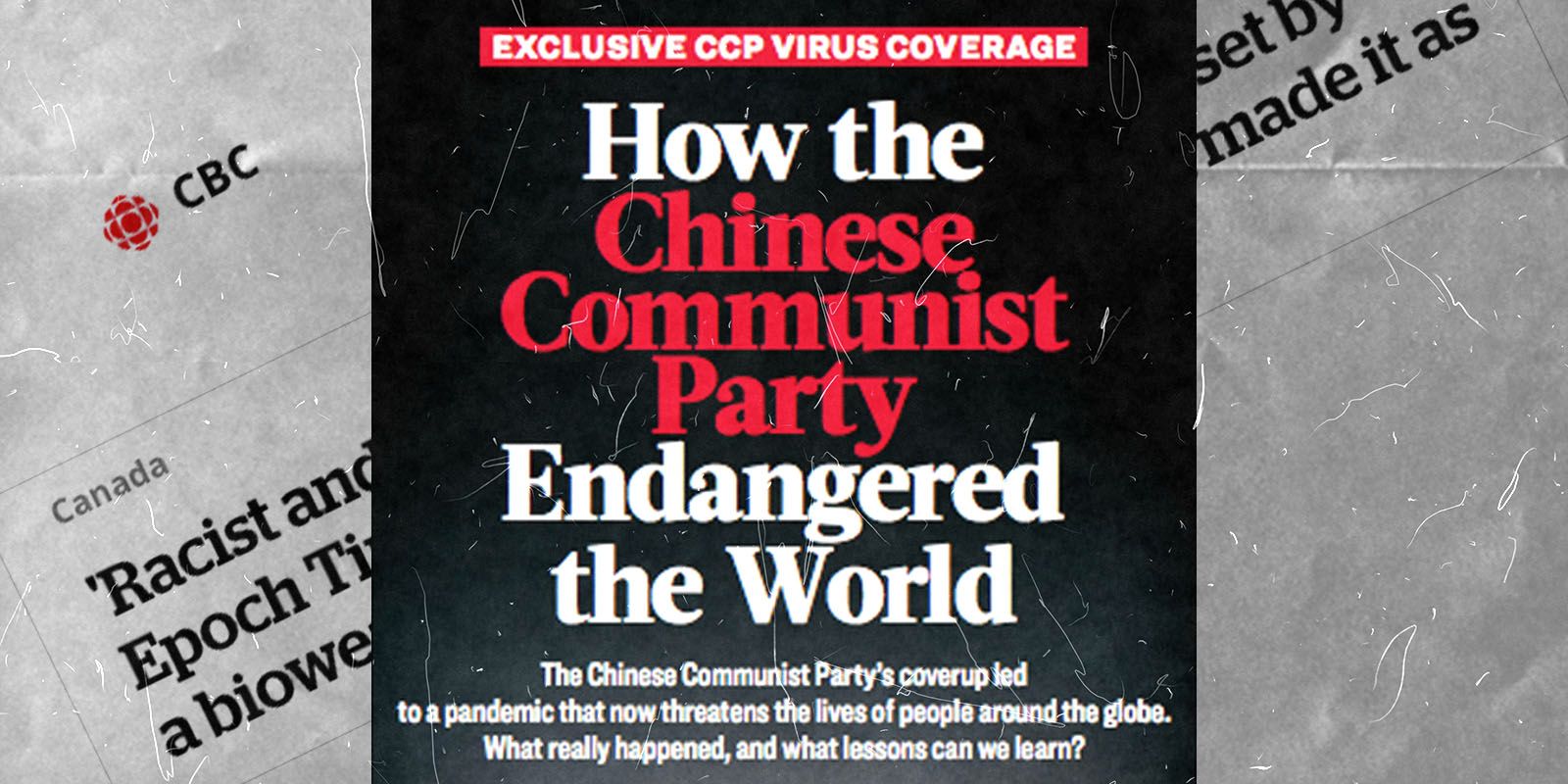 CBC is under fire after publishing a hostile article targeting an independent media outlet founded by members of a highly-persecuted Chinese religious minority for its accurate reporting on China.

The Epoch Times was established in 2000 by Chinese immigrants attempting to shed light on the abuse and censorship of members of the Falun Dafa/Gong religion in mainland China. It has been a mainstay of anti-Chinese state censorship, often publishing whistleblower accounts of human rights abuses taking place within the nation. Throughout the coronavirus epidemic, The Epoch Times has been providing critical information on the extent of the outbreak within the Chinese mainland, often managing to access leaked documents and reveal the virus was far more widespread than Chinese authorities claimed.

CBC’s article claimed “Canadians were upset” by the receipt of an unsolicited copy of The Epoch Times in the mail, calling it “racist and inflammatory” and accusing the paper of peddling conspiracy theories that the coronavirus may have been created in a lab.The CBC article was superimposed with their own article titled “No, the new coronavirus wasn’t created in a lab, scientists say” from March 24, 2020, an article that falsely claims that US Senator Tom Cotton spread a conspiracy theory about the origins of coronavirus.

The reporting by The Epoch Times about the mysterious origins of the virus are not unlike those which have been published in Forbes and even The New York Times as recently one day ago. In February, The Post Millennial published an article supported by a research paper written by two biologists from South China University who claimed the virus may have accidentally emerged from one of two labs near the Huanan fresh market.

US intelligence and national security officials are currently investigating credible claims that the coronavirus emerged from a virology lab in Wuhan. For some reason, CBC fails to mention this in its article.

CBC’s article quotes an anonymous Canada Post carrier who claims that The Epoch Times is “saying the coronavirus is part of a bio-warfare agenda by the Chinese people. That's over the line for me."

The circulated edition of The Epoch Times never made such a claim. And there is a big difference between criticising the Chinese regime’s handling of the COVID-19 outbreak, and accusing the Chinese people of “bio-warfare.” The Epoch Times, founded and largely populated by Chinese immigrants, serves a majority Chinese constituency.

The Post Millennial reached out to Cindy Gu, publisher of The Epoch Times, who told us “Regarding the Wuhan lab, it is a small part of our reporting on the coronavirus. China silenced early whistleblowers, destroyed samples, and falsified data. We simply asked questions like many others. In the past, CCP top military officials openly talked about the development of bioweapons. Whether the virus is engineered or not, has neither been proven nor disproven at this point.”

Gu went on to say, “It is our opinion that CBC breached its own journalism and ethical standard in their reporting. And it is our opinion and belief that the CBC’s article intentionally and deliberately excluded important facts and relevant information that we gave them in answer to their questions. Many readers’ comments expressed anger at the CBC’s article on their website. The CBC’s effort to discredit The Epoch Times has achieved what CCP wants to achieve but could not outside China. I think CBC should remove their article from their website and apologize to The Epoch Times and the Canadian public.”

CBC’s article attacking The Epoch Times is not the first instance where it has come under scrutiny for taking the side of the Chinese state against that of the Falun Dafa religious minority.

In 2007, CBC censored a documentary it was set to release on the abuse of Falun Dafa practitioners at the at the behest of the Chinese embassy in Ottawa.The documentary, titled Beyond the Red Wall was initially pulled completely, before receiving a quiet release with significant alterations.

In 2006, Canadian Member of Parliament David Kilgour and human rights lawyer David Matas visited China to investigate the Falun Dafa issue, and drafted a shocking report which allegedly verified claims by devotees that arbitrarily arrested Falun Dafa practitioners were having their organs harvested by the Chinese government.