The unrest is heightened over disputes as to whether or not 13-year-old Toledo had a gun. Defining the incident as an "armed confrontation" is being brought into question. 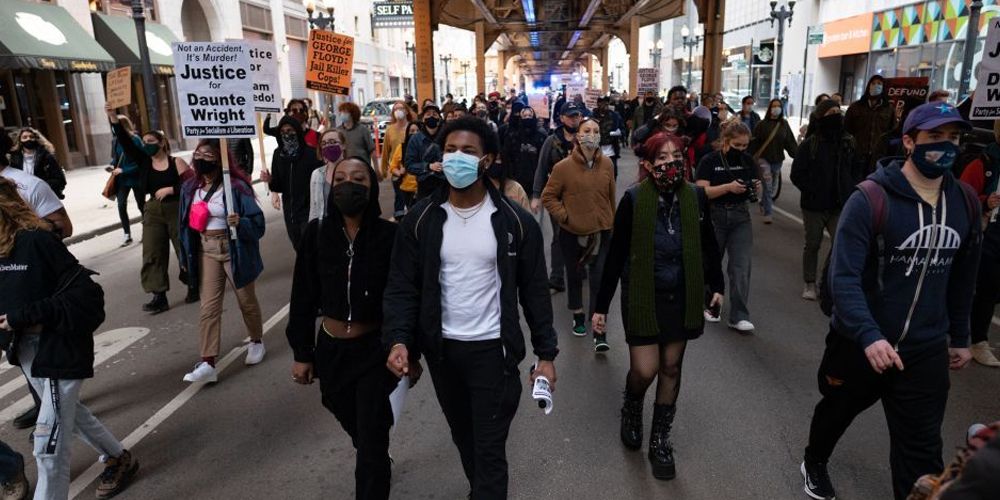 Video showing 13-year-old Adam Toledo being shot by a Chicago police officer in the early hours of the morning is causing a firestorm online.

With the recent situation involving Daunte Wright creating fresh unrest in Minnesota, many in the city of Chicago are preparing for a new round of riots.

Chicago Mayor Lori Lightfoot described it as "excruciating" to watch the newly released bodycam footage. Today at a press conference she called for peace and urged people to withhold judgement until the investigation is completed. The Mayor said there’s “no evidence whatsoever” that Adam Toledo fired a gun at police.

In Lightfoot’s speech she talked about young people in the local communities as having experienced trauma. She rounded off by stating the names of the officers involved will “eventually be released.”

The entire video released is over nine minutes long and is made available here by the Civilian Office of Police Accountability. A compilation sequence combining various pieces of information was published by the Chicago Police Department.

It happened in the early hours of the morning of March 29th. Video starts mid-chase. The 13-year-old Adam Toledo stops and turns around to put his hands up. But in that same instant, the cop opened fire and killed him. Immediately the cop calls for an ambulance and tries to assess Toledo's condition. “You alright? Where were you shot?”

There’s a dispute over the term “armed confrontation.” WGN reports the state’s attorney’s office refutes the claim that Adam Toledo had a gun in his hand the moment he was shot. But the story also says “Toledo’s right hand tested positive for gunshot residue.”

Activists are outraged and interpret this to mean that the prosecutors lied. At the moment all we can see (at 05:34 in the bodycam video) is a weapon at the scene. It's a 9MM Ruger, per local news reports.

In CNN’s coverage they say: "CNN teams have viewed the footage, which appears to show less than one second pass between the time Adam Toledo draws a handgun and an officer fires a single, fatal shot that hits him in the chest."

The cop calls for an ambulance again and clarifies “shots fired by the police.” Meanwhile Adam Toledo stirs, he lay dying. “Where you shot, man? Where you shot. Stay with me. Stay with me.” A backup officer quickly arrives and they try to treat Toledo for a chest wound. But by the time they figured something out for that, the officer says he needs to start CPR because he couldn’t feel a heartbeat.

CPR is carried out by the cop for a few minutes. He and the other officer urge Adam Toledo to stay awake. The cop who shot him eventually stops and lets one of the other ten officers now at the scene take over.

Rashida Tlaib reacted by saying “I can't. He was 13 years old. A baby.”

"Boarding up across Chicago’s City Hall as downtown braces for protests in the video release of 13-yr-old Adam Toledo video today. He was shot dead by an officer in what CPD calls an armed confrontation," reports Patrick Elwood of WGN News.