“They have had enough and are no longer going to remain silent anymore.” 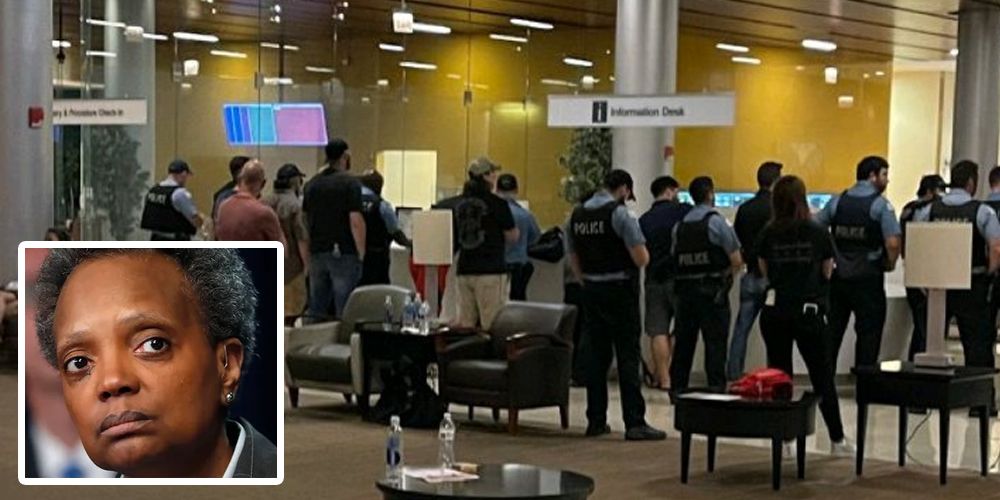 Chicago mayor Lori Lightfoot got an icy reception from dozens of police over the weekend when she visited the hospital where the surviving cop at a traffic stop was in critical condition.

His female partner, 29-year-old officer Ella French, died from her injuries. She had just returned from maternity leave and left behind an infant daughter.

The scene at Chicago Medical Center at midnight on Saturday is described by Chicago Sun-Times.

Nearly thirty CPD officers accompanied the critically injured male officer’s family in the waiting area on the seventh floor. The guy’s father is a retired police officer and gave Lori Lightfoot his opinion she was to blame for his son’s situation.

(Over the summer, Chicago’s mayor instituted new police policies about their ability to chase suspects on foot, but also admitted to her city’s crime problem and needing federal help.)

Lightfoot listened to what the father had to say, as the retired cop yelled at her. But then Chicago’s mayor tried to move things along by making a more general speech to the crowd of cops.

That’s when the group collectively turned their backs on her. The photo below was provided to an Alderman.

That last part refers to the vigil crowd who had gathered outside the emergency entrance.

"They have had enough and are no longer going to remain silent anymore."

As described in earlier reporting, Mayor Lightfoot gave a speech declaring an "official day of mourning" and called on people to support the police.

Lightfoot’s office responded to the Sun-Times report via Fox News. The statement said the mayor had made an effort to reach out over the weekend.

"As the Mayor stated yesterday, now is not the time for divisive and toxic rhetoric or reporting. This is a time for us to come together as a city. We have a common enemy and it is the conditions that breed the violence and the manifestations of violence, namely illegal guns, and gangs. The Mayor is focused on healing the wounds and will reject any and all that try to use this moment to drive further divisions in our city."

At least 86 were shot over the weekend in total, with 13 of those cases being fatalities.