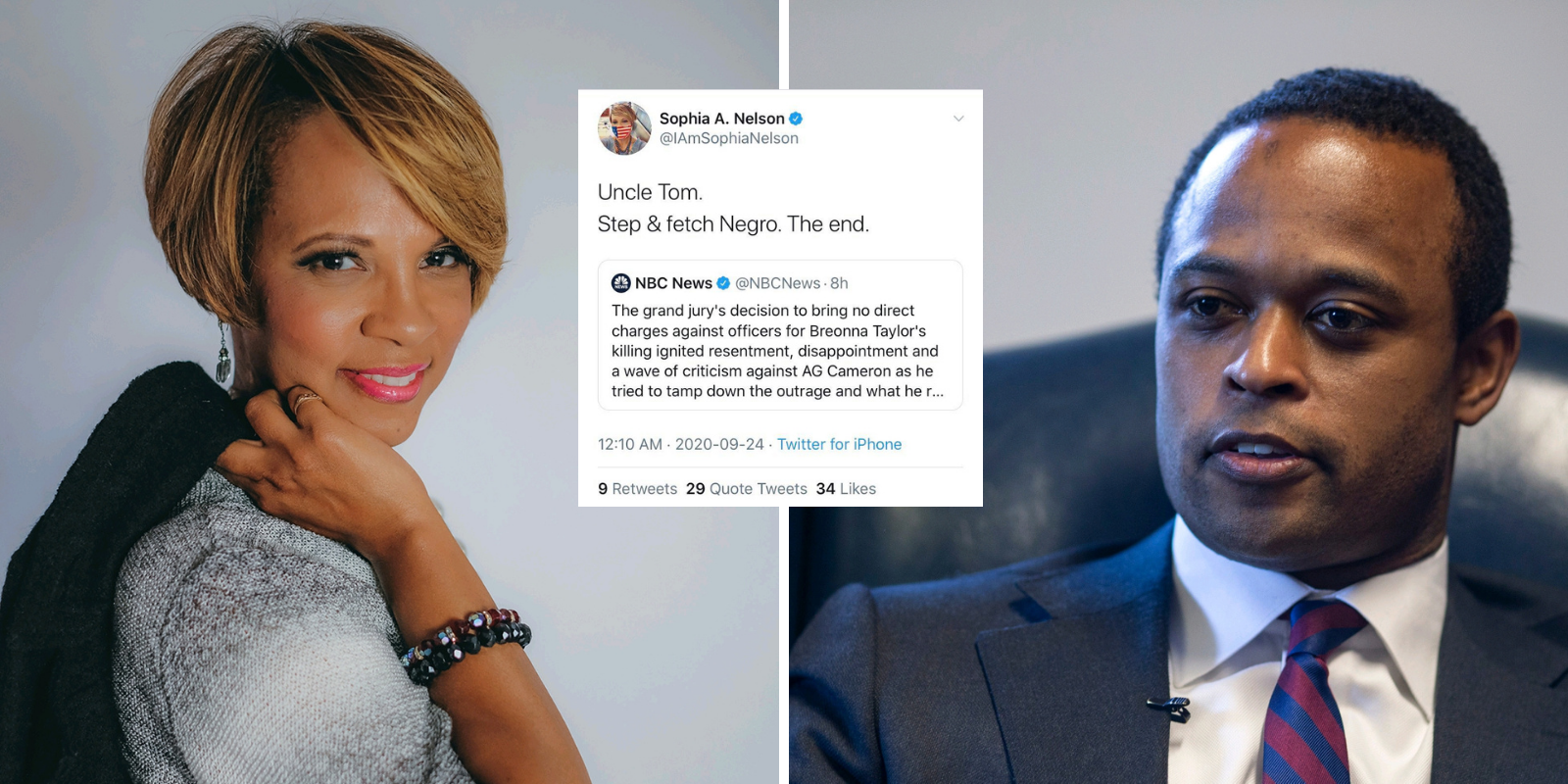 "Uncle Tom," Nelson tweeted to her 70,000 followers. "Stop & fetch Negro. The end," she fired at the black chief law officer in a since-deleted tweet.

The name is a literary reference to the protagonist in the anti-slavery novel Uncle Tom's Cabin by abolitionist Harriet Beecher Stowe; however, the character has become synonymous with servility and self-hatred.

This comes after the findings of a Jefferson County grand jury inquiry into the fatal Mar. 13 shooting by Louisville Metro Police Department officers was released Wednesday, confirming only former officer Brett Hankinson will face criminal charges of wanton endangerment in the first degree.

Since, Nelson has stood by her racially-charged epithet while doubling down on screenshotted evidence of her hateful message.

"Yup I sure did say it. I believe it. #DanielCameron is an Uncle Tom of the worst order," she continued Thursday morning, outraged that he spoke at the Republican National Convention supporting Republican President Donald Trump who she labeled "an open racist."

"He is a partisan hack. And 'negro' is a black colloquialism that is used daily!!!" Nelson alleged.

Another Twitter user moved to expose her as a "racist hypocrite" for acknowledging that she believes there are "two acceptable police responses, one for whites and one for blacks."

"That's the point. There are two Americas. TWO. And men like #DanielCameron give cover to racists structures and institutions," Nelson snapped back. "It's funny how people are outraged that I use a word like 'NEGRO' which was the legal name for black people until late 1960s-it's on my birth certificate!"

In 2012, Nelson wrote a book, titled Black Woman Redefined, to dissuade negative opinion about then-First Lady Michelle Obama that painted her as an “angry, black woman.”

"Nelson offers her fellow 'sisters'—and those who know, love, and work with them—a feel-good volume for personal and professional success that empowers them without tearing others down," the novel's abstract reads, purporting that "Nelson sets out to change this cultural perception."