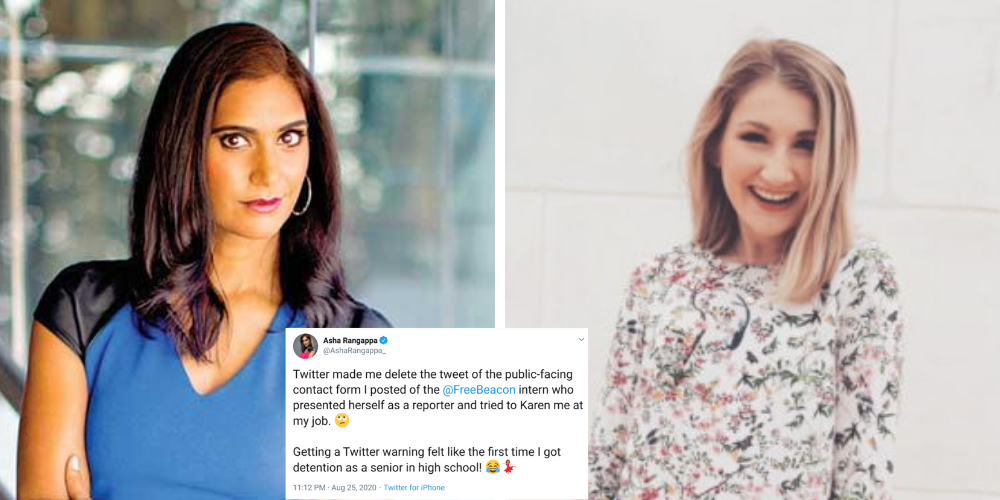 Rangappa went so far as to share the recent graduate's phone number and email in a tweet that she has since deleted. The story unfolded on Twitter.

It all began when Asha Rangappa falsely accused Nikki Haley of changing her name from "Nimrata" to "Nikki"—implying that Haley has tried to conform to America's alleged racist norms. This allegation followed the former United Nations ambassador's speech at the Republican National Convention on Monday night.

However, Haley, the daughter of Indian immigrants, was born Nimrata Nikki Randhawa as cited on her birth certificate, which she of course has freely admitted, as it is her given name. Since childhood, Haley has gone by her middle name, "Nikki" meaning "little one" in Punjabi. She has assumed her husband's surname.

According to an old profile on Yale's website, Rangappa also goes by her more easily pronounceable middle name; her full name is Renuka Asha Rangappa, Alex Nester for The Washington Free Beacon reported.

Nester, an intern at the conservative news site, had reached out to Rangappa's employer at Yale, Jackson Institute for Global Affairs, for fair comment. This is standard journalistic practice, as Nester was writing an article which would expose the professor's hypocrisy and complicit action in the left-wing's smear campaign of Haley.

"I stand by my story and my reporting speaks for itself, as does Asha's tweet," Nester told The Post Millennial.

Rangappa then screenshotted the contact form Nester used, blasting the fledgling journalist's phone number to more than 600,000 followers on Twitter.

"So @FreeBeacon has now contacted my employer to BREAK THE STORY that I go by my middle name, just like Nikki," Rangappa captioned the tweet. "Because this is important news during the RNC."

A hoard of henchmen followed the advice, prompting the public to dial the listed number "if you want to have some fun."

"Well I guess everyone needs to call Alex [N]ester and see why this is such a huge story?!?! Any time zone, it doesn't matter day or night. Call Alex," one user replied.

Another stated that he "hoped that was the point," because he "already started."

Rangappa claimed that the Free Beacon intern "presented herself as a reporter and tried to Karen me at my job," even though Nester is a full-fledged reporter in her internship with numerous bylines.

"Getting a Twitter warning felt like the first time I got detention as a senior in high school!" Rangappa retorted.

The Post Millennial reached out to Rangappa for comment but have not heard back by the time of publication.