Colorado Christian baker back in court, refuses to bake a gender-transition cake

“The customer had been tracking our case for multiple years. This case was just a request to get us to fall into a trap." 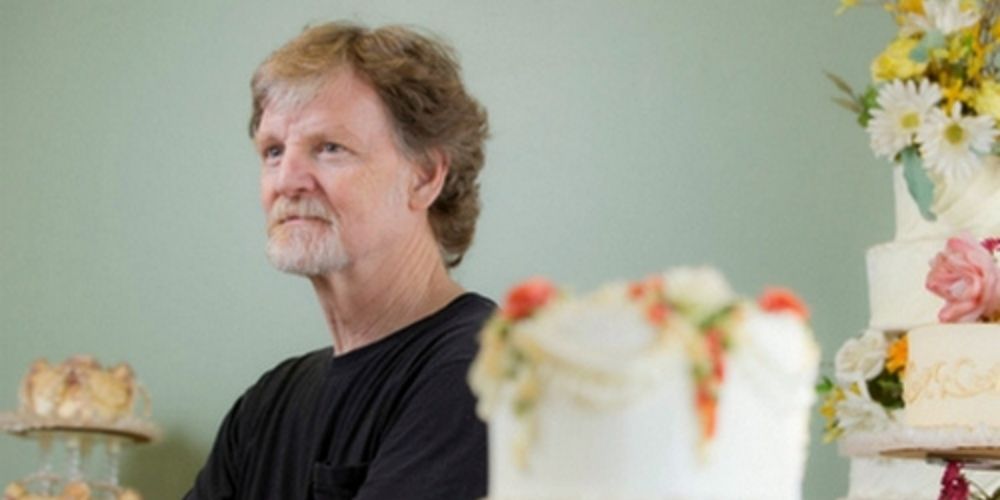 The Christian baker Jack Phillips described his experiences standing before the Colorado Supreme Court in an exclusive interview with Fox News.

"My experience this week has been trying, at best," Phillips told Fox News. "We’ve closed down our bakery just so we could be in this trial. My wife had to testify, my daughter had to, I had to.”

"This case started the day the Supreme Court decided they were going to hear our case. It was a very busy, very crazy day at the shop," Phillips explained. "In the middle of all of this chaos, we got a phone call from an attorney in Denver asking us to create a cake pink on the inside with blue icing on the outside."

Phillips told Fox News that the customer told him "it was two colors, a color scheme, a combination, designed to celebrate a gender transition."

In a blatant setup, an attorney named Autumn Scardina requested Phillips to bake a cake that celebrated her gender transition back in 2017.

"We told the customer, this caller, that this cake was a cake we couldn’t create because of the message, the caller turned around and sued us," Phillips told Fox News. "This customer came to us intentionally to get us to create a cake or deny creating a cake that went against our religious beliefs."

According to Phillips, the “customer had been tracking our case for multiple years. This case was just a request to get us to fall into a trap."

In November 2020, Phillips had a conversation with Scardina where she allegedly told him "if the case were rejected or dismissed, that they would be back the next day to request another cake order and then sue me and charge me again."

Kristen Waggoner with Alliance Defending Freedom (ADF) told Fox News that this “was an obvious setup.”

"At the trial, and in other testimony, this attorney confirmed that Jack was contacted in an effort to make a test case and to 'correct the errors' of Jack’s thinking," said Waggoner.

During the trial, Scardina denied allegations of this being "some sort of test" or a "setup” but admitted to it being a “challenge” to see if she could get the Christian baker to bake the cake.

"I don’t like that phrase. I think it’s got a negative connotation. Nor do I associate it was a test, it wasn’t a test," Scardina testified. "More of a challenge of the veracity. It was more a calling of somebody’s bluff."

"This isn’t about Mr. Phillips’ religion. His religious beliefs are noble, are his and his alone,” Scardina testified. "This is about businesses and whether or not businesses are allowed to treat customers on a different basis based upon protected characteristics.”

Phillips lawyer Sean Gates expressed that due to the media attention from Phillips refusal to bake the same-sex wedding cake back in 2012 and then winning the 2018 lawsuit in a 7-2 Supreme Court decision, that he could not create a cake with a message he disagreed with.

"The message would be that he agrees that a gender transition is something to be celebrated," said Gates.

Kristen Waggoner, general counsel for ADF, told Fox News that "We can see the disturbing trend has continued--of weaponizing the law to become an arm of cancel culture and to ruin anyone who simply disagrees."

"This attorney not only sent him hateful emails, but asked for another cake where it was Satan smoking a marijuana joint to again trap Jack," said Waggoner. "It is a tremendous pattern of harassment and targeting designed solely to ruin him so we need the Supreme Court to affirm the First Amendment rights of all creative professionals."

The Colorado Supreme Court has yet to make a ruling but Phillips said "I hope this case is so clear that I am being forced to create against my beliefs, clear enough, that this initial ruling would be in our favor, and it stops right here."

"We’re hoping there’s a win," Waggoner said. "If there’s not, we will appeal."