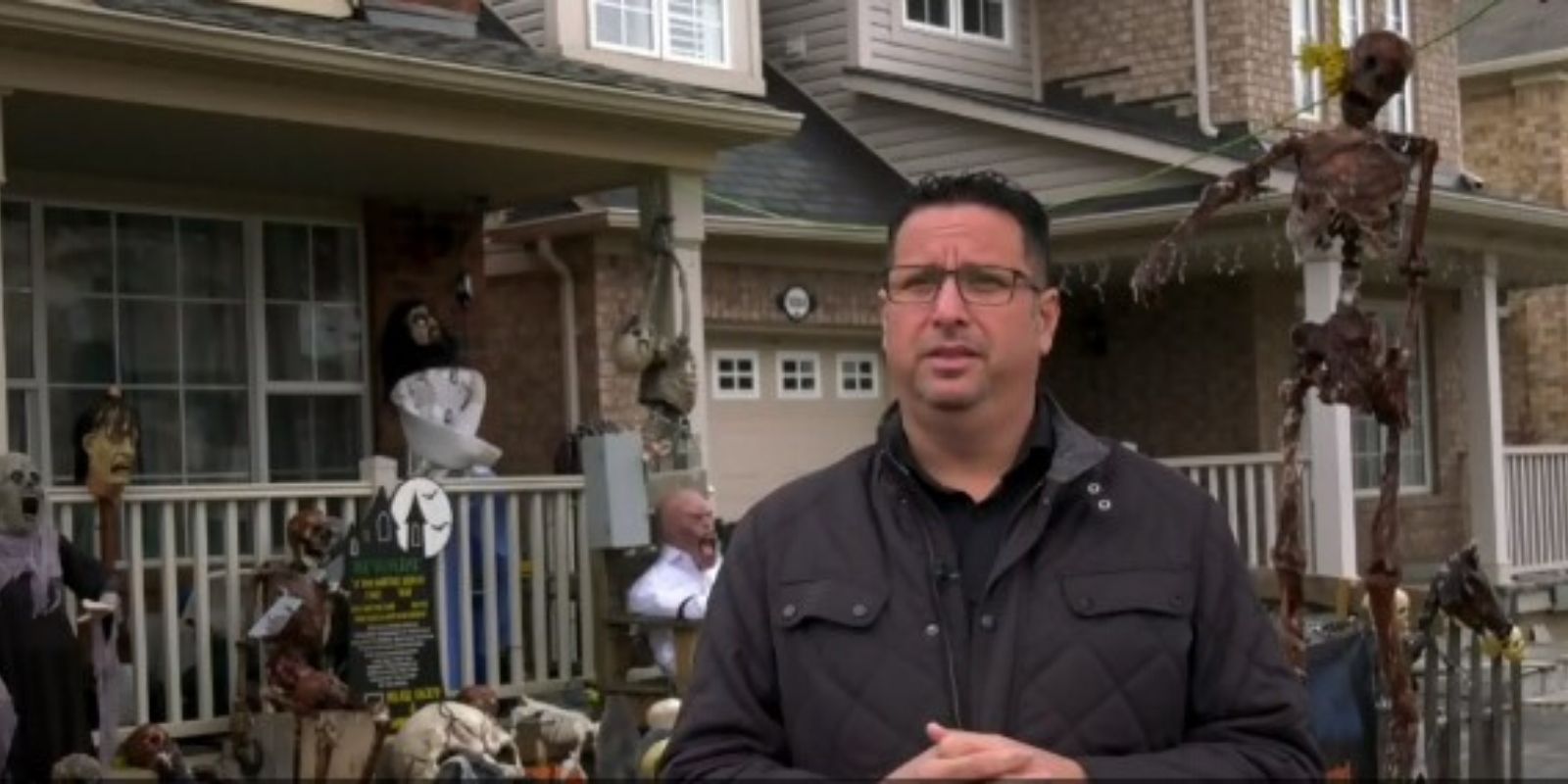 Some people treasure Halloween and the festive aesthetic more than others. While some simply carve a pumpkin, others go all out, creating elaborate, moving displays decked out with ghouls and skeletons in intricately-designed graveyards.

Mitch Garber of Milton, Ontario is one such individual. However, his Halloween season was nearly ruined after a bylaw officer issued a warning to take some of his display down.

According to Garber, he has been running a haunted house every Halloween for six years, using whatever proceeds he gets to fund the Kidney foundation, reports CTV News.

Garber says that somebody took offence to the gore and imagery that can be seen on full display from the street level and filed a complaint with the city. They also said that Garber’s display could be an impediment for pedestrians using the sidewalk.

“No one has come up to us and said ‘oh, this is horrible take it down.’ I have neighbours on both sides of me who are like ‘what do you need? Use my property, use my garage, take these props down, put them on my Boulevard.’”

Local Councillor Mike Cluett said that the city didn’t take issue with the gore found in Garber’s display, only that it did spill over onto town property.

“This is Halloween, so these are Halloween decorations,” Cluett said. “We weren’t enforcing anything to do with the level of gore that was there, because we didn’t find any need for it.”

Luckily, a compromise was reached. Garber will have to clean up his display, but he will have until November 1, after Halloween, to do so.

“[Garber has] been given an extension to have this all cleaned up by Nov. 1 and to have a few minor modifications made to make sure the sidewalk is not impeded,” Cluett said.

While Garber is happy that he gets to keep his display and fundraise for the Kidney Foundation, he would be happier to never go through this complaint process ever again.

Since starting his haunted house six years ago, Garber has generated $40,000 in donations for the Kidney Foundation. He says his goal this year is to surpass $50,000.