A convicted sex offender in Connecticut with a long history of sex crimes against minors has declared an "intersex" identity and is requesting transfer to the state’s only women’s prison. 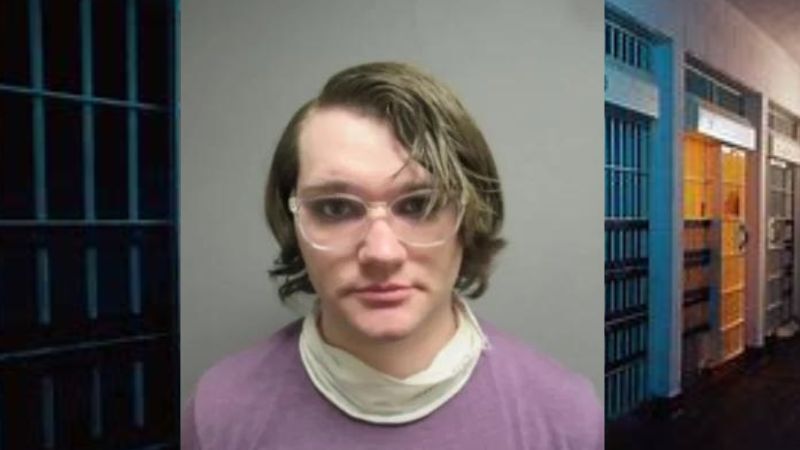 A convicted sex offender in Connecticut with a long history of sex crimes against minors has declared an "intersex" identity and is requesting transfer to the state’s only women’s prison.

According to Reduxx, Brandy Wood, 28, was convicted of risk of injury to a minor and second-degree sexual assault of a minor for "forcible sexual sexual contact with a 15-year-old female" in 2015. Upon release from custody, while still on parole, Wood committed another offense against a minor.


On January 4, Wood pleaded no contest to the charge of risk of injury to a minor before the New London Superior Court and accepted an expected prison sentence of 2 ½ years.

Assistant State’s Attorney Theresa Anne Ferryman told the court that Wood, in this latest criminal case, had engaged in an inappropriate online relationship with a 13-year-old girl in Park City, Utah in the summer of 2021, reported The Day.

The court heard that the sex offender who now identifies as an "intersex" woman preyed on the girl through FaceTime, SnapChat, and a video-chatting platform favored by sexual predators called Omegle.

Former New London police youth investigator Joseph Buzzelli said in the arrest warrant affidavit that Wood sent nude videos and explicit photos to the victims and coerced her into taking and sending nude photos of herself.

Police said Wood masturbated in front of the teenage girl and bought her presents such as a "full body fur suit." According to the arrest affidavit, it was the delivery of the fur suit to her home in Park City that first alerted the victim’s parents to the situation.

When interviewed by police, the young victim said that Wood had "both a penis and a vagina." However, investigators later discovered photographs of Wood wearing a full-body latex suit designed to give the appearance of a woman which is thought to be the source of the child’s confusion.

The victim also told police that the serial sex offender had attempted to intimidate her into sending nude photographs and videos. Claiming to be a private investigator who knew the girl's address, Wood threatened to "get on a plane and come and find her." In another exchange, the individual who now claims to be a woman said: "if you don’t send me nudes I’m going to come to your house and have sex with you."

Wood’s biological sex is registered as "female" on the state’s sex offender registry, as numerous aliases are recorded, including Kyle Bailey, Steven Bennett, and Kunani-Brandy Moana Kalakaua-Wood. According to Yahoo News, "Police describe Wood as having the outward appearance of a white male" but identified as a woman at the time of arrest.

Attorney Michael Miller, the public defender representing Wood, plans to request that Wood be housed in the state’s only women’s correctional facility. Wood is currently being held in the Cheshire Correctional Institution for men.

Connecticut was the first U.S. state to allow male inmates to self-identify as women and be housed in women's prisons after the requirement was attached to a bill intended to protect pregnant incarcerated women, reports Reduxx.

In Connecticut's SB 13, An Act Concerning Fair Treatment of Incarcerated Women, which expanded medical care provisions for pregnant inmates, a clause required that the DOC "adhere to certain requirements that relate to the treatment and placement of inmates with a gender identity that differs from the inmates assigned sex at birth."