On Monday, there was a notice posted that there would be restrictions on the bearing of personal arms from Jan. 4-7 within 1000 feet of Freedom Plaza. 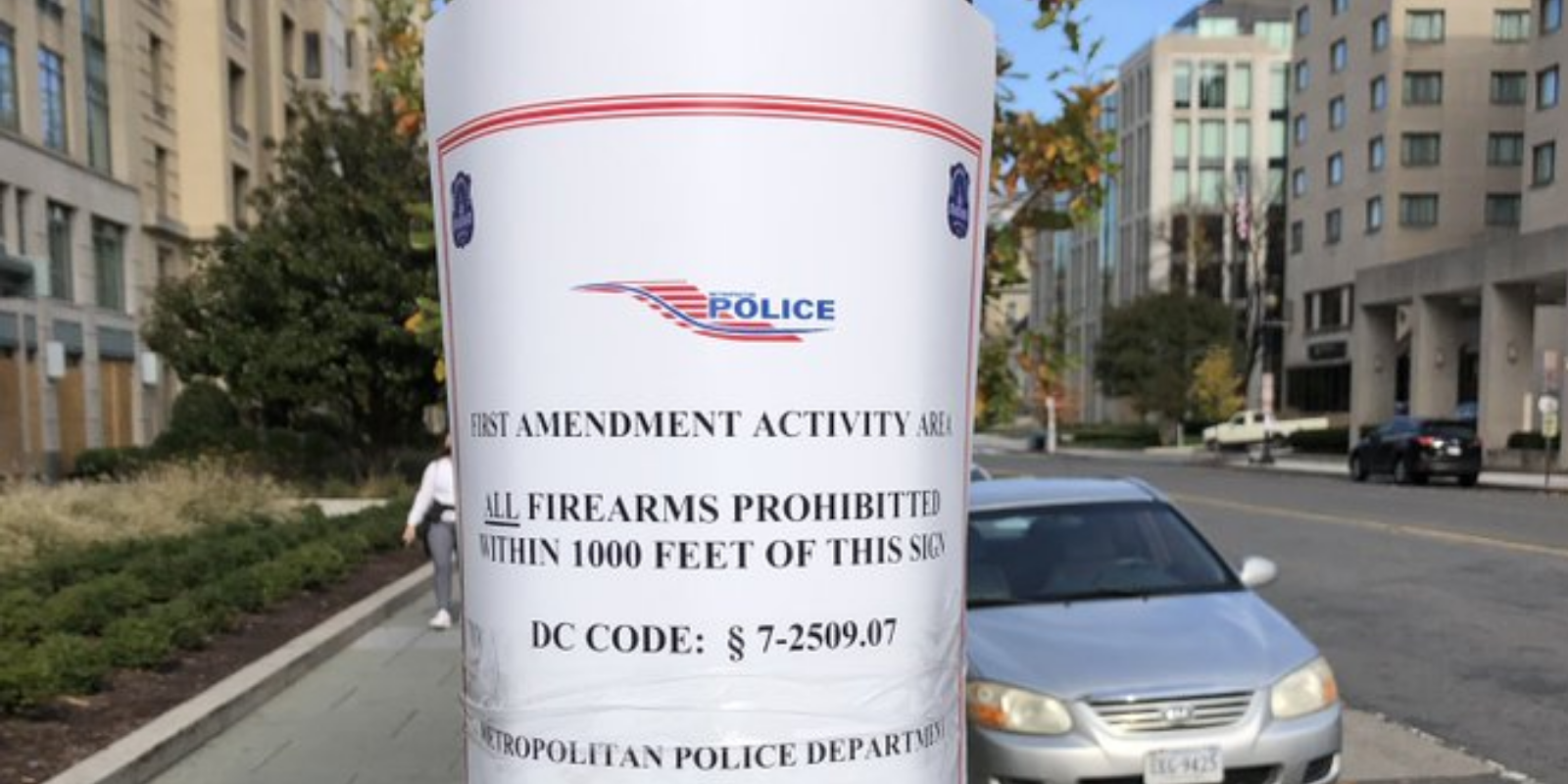 On Monday, there was a notice posted that there would be restrictions on the bearing of personal arms from Jan. 4-7 within 1000 feet of Freedom Plaza.

Muriel Bowser, the Democrat mayor of Washington DC, urged people to avoid the downtown area in general and to avoid confrontation in coming days, during rallies planned by groups that support standing President Donald Trump.

According to Newsweek, the statement from Bowser reads, in part:

"Members of the public and anyone attending the events are reminded that District law prohibits anyone from carrying a firearm within 1000 feet of any First Amendment activity. Under federal law, it is illegal to possess firearms on the U.S. Capitol grounds and on National Park Service areas, such as Freedom Plaza, the Ellipse, and the National Mall."

The statement concluded, "Finally, it is illegal to open carry firearms in the District."

The legal ramifications of this unique conflict between the First and Second Amendments have at this time not been resolved, as such it is possible that the DC 1000 feet rule may not be in line with the US Constitution, according to its critics.

Participants in the rally want Congress to overturn the election results, and launch a deeper investigation into potential election fraud. They are joined by many in the House and the Senate.