The comments were made when Mayor Muriel Bowser appeared on CBS News' "Face the Nation" after host Margaret Brennan asked Bowser if the influx of illegal immigrants were overwhelming city services. 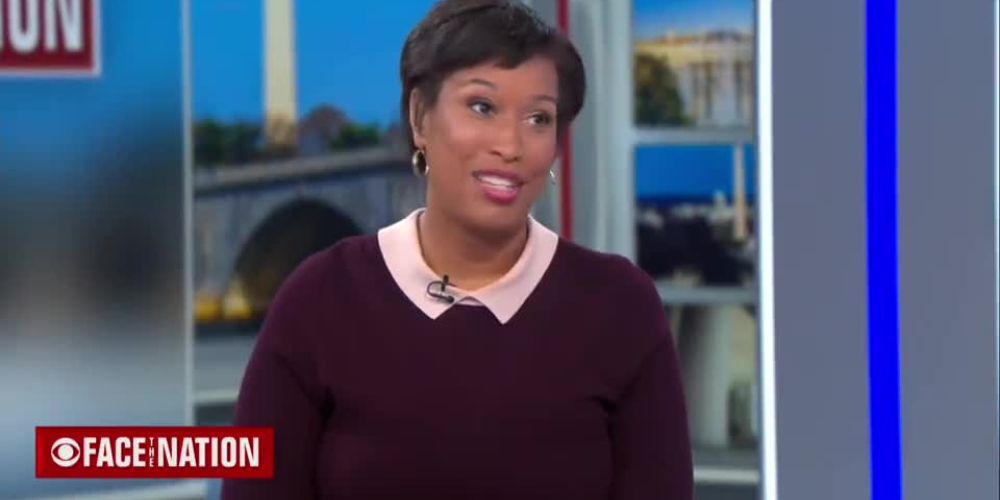 The Mayor of Washington DC said on Sunday that the federal government should work to prevent illegal immigrants from being "tricked" into getting on buses headed towards the Nation's Capitol.

The comments were made when Mayor Muriel Bowser appeared on CBS News' "Face the Nation" after host Margaret Brennan asked Bowser if the influx of illegal immigrants were overwhelming city services.

Margaret Brennan asked Bowser: "The Washington Post reported last week that homeless shelters in DC were filling up and groups are getting overwhelmed by these buses that the governors of Texas and Arizona are sending here full of migrants. How significant is this influx? How many people?"

Mayor Bowser responded: "This is a very significant issue. We have for sure called on the federal government to work across state lines to prevent people from really being tricked into getting on buses."

"We think they're largely asylum seekers who are going to final destinations that are not Washington DC I worked with the White House to make sure that FEMA provided a grant to a local organization that is providing services to folks, but I fear that they're being tricked into nationwide bus trips when their final destinations are places all over the United States of America," Mayor Bowser told the CBS host.

The influx of illegal immigrants in Washington D.C. stems from Republican Governors in US border states sending them to the United States Capitol to pushback against the Biden administrations inaction on securing the US/Southern border.

Texas Governor Greg Abbott announced in April that the state will provide charter buses to send illegal immigrants to Washington, DC, and since the announcement, the Governor has made good on his promise.

"We are sending them to the United States' Capitol where the Biden administration will be able to more immediately address the needs of the people that they are allowing to come across our border," Abbott said.

Between Texas and Arizona, 79 buses transporting more than 2,000 illegal immigrants have arrived in Washington D.C. as of mid-May, according to New York Post.

Republican Governor of Florida Ron DeSantis also announced in April that the state Legislature's proposed budget includes $12 million for the Florida Department of Transportation to remove illegal immigrants from the state and relocate them, although DeSantis doesn't plan to send them to the Nation's capitol.

Instead, DeSantis has proposed sending the migrants to Delaware or Martha's Vineyard. But the governor's office said that sending them to ''…other 'progressive' states whose governors endorse blatant violations of federal immigration law'' is also an option.