In a 2019 questionnaire from the American Civil Liberties Union, Ryan said taxpayers should pay for sex change operations for felons and illegal aliens. 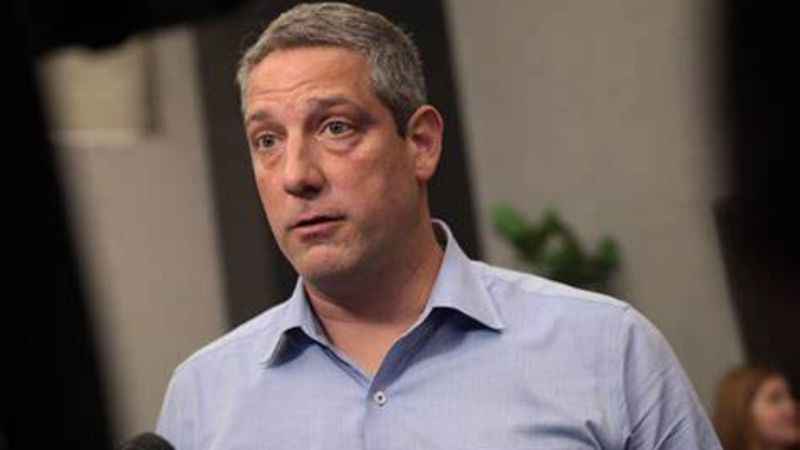 The Democrat contender for Senate in Ohio, Representative Tim Ryan, announced in 2019 that he supported taxpayer-funded sex change operations for both illegal aliens and felons.

Fox News reports that in 2019 Ryan responded to a candidate questionnaire from the American Civil Liberties Union (ACLU) when he ran for president. Ryan answered that "yes," he would use "executive authority to ensure that transgender and non-binary people who rely on the state for medical care – including those in prison and immigration detention – will have access to comprehensive treatment associated with gender transition, including all necessary surgical care."

"Tim Ryan has spent this entire campaign lying to Ohioans about his record and trying to convince them he’s a moderate. The truth is that he’s just a far-left, woke liberal who wants to waste taxpayer money on insane ideas like this. He doesn’t belong anywhere near the U.S. Senate."

Ryan, who represents Ohio's Congressional District in the House of Representatives, said President Biden has "made some big mistakes" when it comes to his border policies and, as Fox News reports, he's "attempted to distance himself from party leaders and portray himself as a moderate in the Ohio Senate race."

In the same ACLU questionnaire, Ryan said that he would reduce "the size of the immigration detention system by at least 75%, including by 1) cutting ICE’s detention budget; 2) ending the detention of families, asylum seekers, and other vulnerable populations; 3) ending prolonged detention without bond hearings; and 4) ending requirements that immigrants post bonds they cannot afford."

In addition to supporting cutting ICE's budget, Ryan said he would end "the use of ICE detainers," which are DHS notices given to "federal, state and local law enforcement agencies (LEAs) to inform the LEA that ICE intends to assume custody of an individual in the LEA's custody."

As The Post Millennial has reported, Tim Ryan also called for the end to cash bail nationwide in his 2019 presidential campaign.
ADVERTISEMENT
ADVERTISEMENT
TimRyan