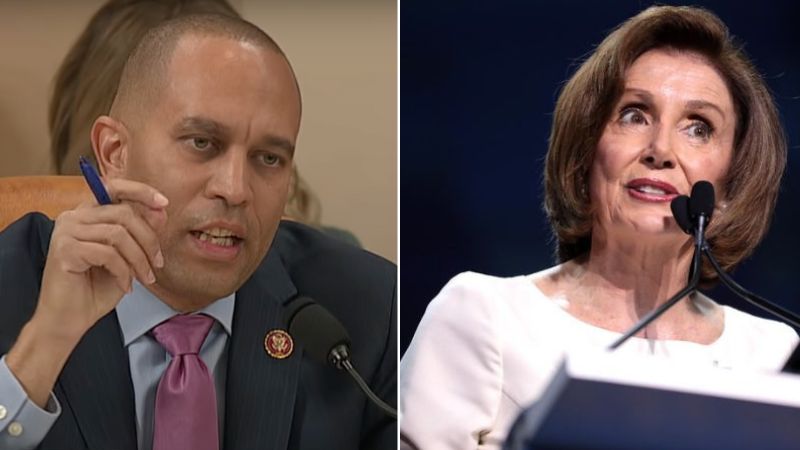 New York Representative Hakeem Jeffries met with South Carolina Representative Jim Clyburn, who is the House Majority Whip, on September 1 in a meeting at Clyburn's Washington office to discuss Jeffries taking leadership of the Democrat party in the House of Representatives from current House Speaker Nancy Pelosi after the midterm election.


Politico describes the meeting, which took place during the summer congressional recess, as "secret" and that it involved the two men discussing new leadership for their party when the next session of Congress starts after the midterm elections, in which Democrats are expected to lose the majority in the House. Jeffries, who is the fifth-ranking Democrat at the moment, requested the meeting to head off a potential vie for leadership from California Representative Adam Schiff and to position himself as a successor to Pelosi, whether she ran for leadership again or not.

Jeffries and Clyburn are colleagues in the Congressional Black Caucus and the New York Representative wanted to both ensure Clyburn would not vie for the likely minority leadership role and to garner his support against Schiff.

According to the Daily Mail, Clyburn's "support would all but ensure a victory for Jeffries to become the first black lawmaker to serve as a congressional leader."

In September, Jeffries said that "Extreme MAGA Republicans apparently do not believe in democracy anymore."


Pelosi has not stated whether she will try and retain in the leadership role, whether Democrats retain the majority or not.  She has maintained that Democrats will remain in control of the House after the midterms.

Nancy Pelosi and Jim Clyburn are both 82 years old.

Other members of the Democrat party in the House of Representatives have expressed support for Jeffries over Schiff.

Representative Haley Stevens of Michigan said, "The fact he (Schiff) didn’t know I was for Hakeem tells you how out of touch he is."