The 2019 wildfires have seen approximately 10,000 evacuated from their communities. 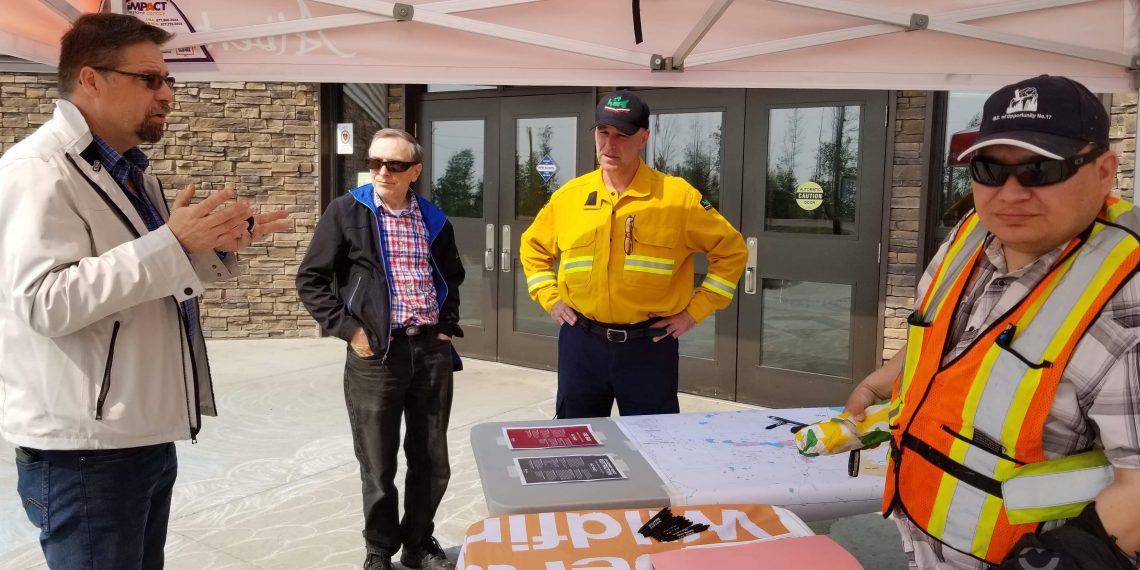 The ongoing wildfires in Northern Alberta are reminiscent of the vast devastation incurred by the 2016 Fort McMurray wildfires. With damage totalling $3.58 billion according to the Insurance Bureau of Canada, the over 90,000 residents displaced by the natural disaster understand the situation on the ground better than anyone — especially those who came home to the nearly 2,400 residences and business that were burned to the ground.

Now, the 2019 wildfires have seen “approximately 10,000 evacuated from their communities, with 2,300 firefighters, 200 helicopters doing bucket-drops, 27 waterbombers, and 150 pieces of heavy equipment deployed [in the region],” says Premier Kenney at a June 1st Calgary luncheon.

The day prior, Kenney was at the Provincial Operations Centre for the Alberta Emergency Management Agency, now operating at full capacity with each applicable government agency at its disposal.

“I am very impressed by the degree of professionalism and collaboration that we see both there and on the ground. As I witnessed myself at High Level last week, I hope to be visiting a number of the affected communities in northern Alberta”, says Kenney, which he did so Sunday for a wildfire briefing and to assure Albertans that their government has their back.

“Those on the frontlines — some of those who’ve been fighting the fires for two weeks — the government of Alberta has provided emergency cash assistance to the evacuees, totalling $60 million to date. We will provide whatever assistance is needed, as we go forward.

While 15 structures were lost in Paddle Prairie, and concerns remain over the closeness of the wildfires to Wabasca First Nations, Kenney uttered a hopeful message to such communities, stating “All Albertans stand in solidarity with [the evacuees]. We will get through this [together] because we are Alberta Strong.”

Appreciation for the efforts of local leaders from affected municipalities, towns, First Nation and Metis Settlements were also expressed. “Collectively, they’ve shown remarkably strong, capable, cool-headed leadership under tremendous stress,” he said in front of a crowd of 360.

Additionally, he implored Albertans “to be vigilant, to follow fire advisories, and to ensure we continue to focus on public safety, as new wildfires can surface [without warning].”

CPC MP for Fort McMurray – Cold Lake, David Yurdiga made a trip up north, speaking to Albertans affected by the ongoing wildfires at a gymnasium, currently serving as a substitute for temporary housing.

He says “2019 marks the third most devastating wildfire Northern Alberta has seen since the wildfire that devastated Fort McMurray in 2016, displacing 2,000 residents in three communities.

“The far northwestern Chuckegg Creek wildfire near High Level, the Battle Complex wildfire near Manning in the Peace River region, the McMillan Complex wildfire north of Slave Lake, and have all devastatingly affected many families and businesses. This very serious situation has affected the Wabasca and Bigstone Cree Nation area – Wabasca #166 were put under an evacuation order. On May 30 at 3:40 a.m, an evacuation order was placed on Chipewyan Lake Village, and at 12:19 p.m., the Hamlet of Marten Beach was also put under an evacuation order.  Through the spirit of generosity of Albertans, many neighbouring communities have begun to collect donations for those in dire need. I will continue to be vigilant to ensure the residents in our Riding of Fort McMurray – Cold Lake’s needs are met.”

Deputy Reeve, Everett Gottfried, also on the scene, states “myself and my office [have] been working very closely with the leadership of Bigstone Cree Nation Chief Yellowknee, and emergency response teams, and the M.D of Opportunity 17, Marcel Auger Reeve.”

“The biggest challenge now is to keep track of evacuees, where they are and what are their current needs.”

Residences of Wabasca, Big Stone Cree Nation and Keg River were promised “one-time payments of $1,250 and $500 for each dependent child,” according to the Edmonton Journal.

The Albertan government will continue to assist those affected, as the situation on the ground remains ongoing.