Wright found a therapist willing to write her a letter diagnosing her with Gender Dysphoria in exchange for five, one-hour sessions. She would end up in a situation that could have ended her life. 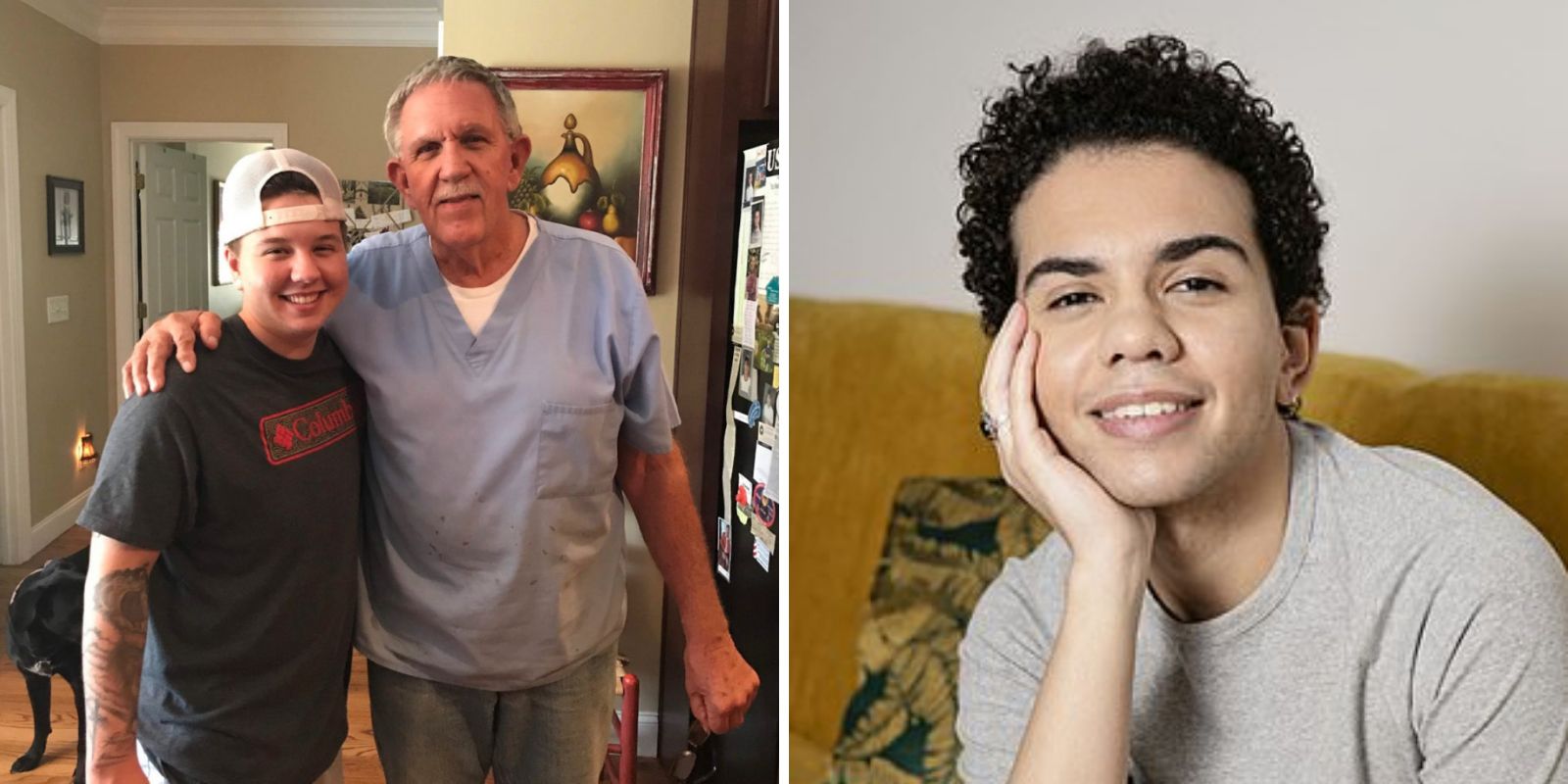 A sold-out crowd attended the Can I Get A Witness Conference. Held online in August, the conference was the brainchild of joey brite (lower case intentional) and brought together about 30 speakers from several different countries, experiences, and fields of expertise to talk about how the current transgender movement continues to prove problematic— particularly for children. The conference included over 13 hours of speeches and informative presentations.

From scientists to activists, male and female, teen and adult, this conference was an amalgam of individuals committed to speaking their truth and the truth about the insidious motives and unfortunate consequences that come with the new "because I said so" culture and gender-identity ideology. Science, logic, and personal experience are three things that are hard to discount. This conference included a hearty mix of all three and offered attendees from all points on the political and/or philosophical spectrum ideas to seriously ponder.

The most notable speakers were the detransitioners. Keira Bell, a woman from the UK, is currently suing a National Health Service gender clinic for its negligence in starting her on the medical process of transitioning to male at only 16-years-old and with only a total of three hours of consultation beforehand. Bell delivered a stunning account of her journey and offered attendees something to think about regarding the medical community's complicity in the treatment of children with Gender Dysphoria. Sydney Wright was another speaker who received little guidance from physicians before she was allowed to self-administer hormone altering drugs as a teen. Wright experienced life-threatening side effects from these drugs before she stopped taking them.

Brite said that one of her goals was to call attention to the part that big pharma is playing in the transing of children. "My goals were threefold. One, to draw as many eyes and ears from across the world to educate people about gender clinics and the reality of the child abuse being conducted with the details of these abuses laid bare. My hope was that if even one child could be saved from this horror, I'd have accomplished my main goal."

Ms. brite also noted that she wanted to bridge the gap between people who may vary politically but can unite to confront the "plague that is referred to as transgenderism."  She also expressed a desire to embolden those who are critics of gender identity ideology to come forward and be more vocal and active in their efforts.

And she accomplished just that. Along with the Zoom presentations, the conference offered a chat feature where people could discuss ideas, share experiences and brainstorm strategies for future activism. Alliances and influential relationships were formed as new movements began to take shape. Ms. brite shared data that showed that 30 percent of the attendees who responded to the post-conference survey tuned in for all 13.5 hours of the webinar. For a conference of that length and in a virtual format, that is more than impressive.

Sydney Wright was a high student on the cusp of graduation. Growing up she had been what pre-ultra liberal society called a "tomboy." She is a girl, yet she preferred pants to dresses and toys usually geared towards boys over dolls. As she grew older, she realized that she was attracted to girls and had girlfriends throughout her adolescent years. But, homophobia, both social and internalized made her believe that there was something wrong with being a lesbian.

Social media browsing convinced Sydney that transitioning to male was the way to go. It would be far easier to date girls if she were perceived by others as being a boy. Wright found a therapist willing to write her a letter diagnosing her with Gender Dysphoria in exchange for five, one-hour sessions.

Sydney would end up in a situation that could have ended her life.

A paper co-authored by eight different professionals for BioMed Research International states that only 10-20 percent of children diagnosed with Gender Dysphoria will continue to experience this dysphoria into adolescence. However, these professionals also recommend that psychological treatment and support be offered and intimate that a lack of "management" of these children can lead to isolation, suicidal ideation, and self-hatred. This differs greatly from the claim that it's the inability to medically transition that causes these feelings in transgender individuals; namely youth.

The paper goes on to say that the indications for the start of hormonal therapy "are confirmed persistence of Gender Dysphoria and adequate mental capacity to give informed consent and accept this partially irreversible treatment." If the mental health community can admit that Gender Dysphoria is a DSM-verified mental disorder, how could a patient, especially a child, be of sound mind enough to give consent to such a life-changing decision? Further, how could Sydney's counselor have possibly thoroughly evaluated and ascertained a valid diagnosis of Gender Dysphoria in a mere five hours of speaking with Sydney?

With a letter from her counselor, Sydney was able to begin the transitioning process. She visited a medical doctor in Atlanta who should probably be sitting in front of a medical disciplinary board right now. He asked Sydney for her letter, and without even opening and reading the letter, called in a prescription for testosterone.

At the Can I Get A Witness Conference in August, Sydney detailed her experience. The prescribing doctor told her to "watch YouTube videos and figure it [how to self-administer the drugs] out because I couldn't kill myself." And Sydney, being a teenager desperately struggling with her sexuality and self-image, did just that.

She did not count on weight gain, facial swelling and discoloration. Every three months, she had to get bloodwork done, which showed that she had become pre-diabetic (likely due to the rapid weight gain). The bloodwork also showed that her blood was thickening. Sydney was getting sicker and sicker with each injection it seemed. But, what did the doctor facilitating her transition advise?

He told her not to worry.

The American Medical Association Journal of Ethics released a case and commentary article in August 2017 addressing physician responsibility in helping adolescents consider the potential physical harms of hormone therapy. The article reviewed a case of a girl desiring to transition to male. The article mentions that the physician was concerned that [hormone] therapy could stunt her growth and lead to weight gain and fertility issues and could also cause her to experience "menopause-type symptoms and possibly depression." Further, it acknowledges that androgen therapy for gender transition could cause insulin sensitivity, hyperlipidemia, and an increased hematocrit (the percentage of red blood cells in the blood).

The article also concludes two other issues of great import. The first is that hormone therapy is not a one-time decision after a diagnosis of Gender Dysphoria. The appropriate method is a "multidisciplinary stepwise treatment approach" wherein mental health professionals and medical professionals like pediatric endocrinologists work together. The second key finding is that whether or not puberty suppression or hormone therapy is offered should be based on not only bodily development, psychological suffering and stability but also the degree to which the adolescent is able to manage or "oversee" the consequences of certain treatments and make a well-informed decision.

Arguably, the generation that decided that eating laundry pods might be fun is not in a position to decide if tampering with their natural body systems no matter how informed they may be.

After pleas from her grandfather, Sydney eventually stopped taking the hormones. She wisely sought a second opinion from another physician who informed her that the thickening of her blood could cause her to have a heart attack or stroke. She quit abruptly and went through a pretty brutal withdrawal experience but managed to live to tell the tale.

When I communicated with Sydney, she had some advice for medical professionals. "Children should never be transitioned. This is a permanent life-altering decision that should be protected from the child just like the right to drink alcohol," she said. She also noted that enough time in therapy to get to the root of the child's reasons for believing something is wrong with the way they are such as sexual abuse or other trauma.

Sydney Wright's situation isn't a one-off. Keira Bell, another detransitioner, is suing a clinic within the UK’s NHS for failing to do more due diligence before allowing her to start hormone therapy as a teen. Although parents are the first protectors of their children, most laypeople don't know what they don't know and therefore, it is up to the experts to be thorough and forthcoming with their prospective patients. How can a physician ensure that he or she is following the AMA's recommendation to ensure that patients make a well-informed decision if the patient is not taken through a meticulous and transparent process?

If we accept that individuals with Gender Dysphoria are already suffering mentally and emotionally, it is only right that physicians not be swayed by social media rhetoric and the formidability of the trans movement in place of providing conscientious, professional, and competent care.

Perhaps the most important takeaway from the conference, at least from this writer's perspective, was liberty. Collectively, we are tasked with believing that blanket acceptance of every ideology is the only proper response. We may even be scolded when we dare shed light on the unpretty layers that offer rickety support to these ideologies. But, to a listening ear and an open mind, an important message of the conference is that without the freedom to share our perspectives, we risk becoming a society that operates on an unofficial oligarchy where a small group gets to shape the narrative around the most crucial topics and quashes any viewpoint that directly contradicts or controverts said narrative; even when it is physically or emotionally unsafe to do so.

After the conference ended, Ms. brite received an email from a parent who felt affirmed by their decision to not allow their child to medically transition despite social media's insistence that doing so is an act of parental support. "I was able to fall asleep that night feeling accomplished. All the hours, months, lost friendships and money spent in the planning was all worth receiving even that one email post script," Ms. brite said.