"Each special ticket includes a game ticket, exclusive Detroit Tigers Pride t-shirt, and a donation to a local LGBTQ+ organization of your choice," the Tigers say on their site. 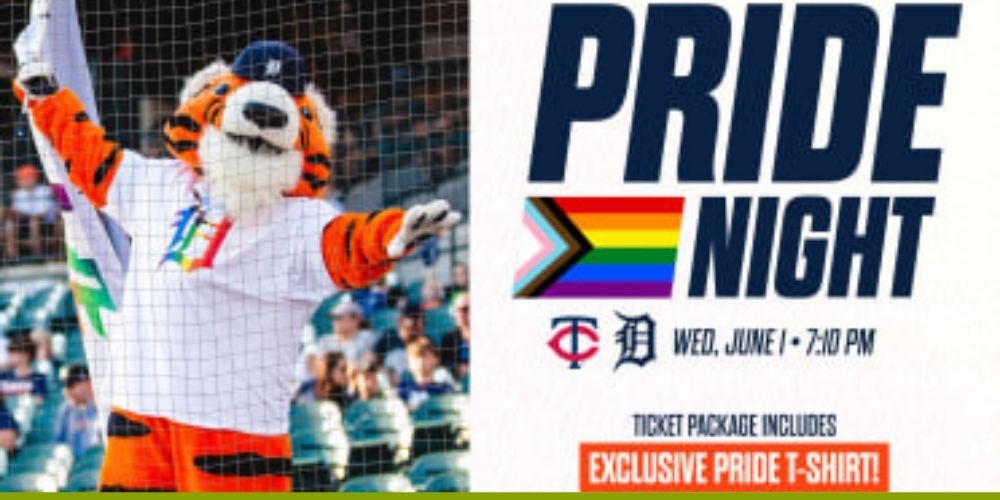 Fans that purchase tickets for "Pride Night" on June 1 are offered an option on the Tigers website checkout page "to support a local Pride organization of your choice," such as the Trans Sistas of Color Project and the Ruth Ellis Center, which both directly or indirectly provide "gender-affirming surgery" to those under 18, according to Outsports.

"Each special ticket includes a game ticket, exclusive Detroit Tigers Pride t-shirt, and a donation to a local LGBTQ+ organization of your choice," the Tigers say on their site.

The Ruth Ellis Center also claims there "are a lot of barriers — especially for people under 18 — that still exist for accessing puberty blockers and gender-affirming hormones," which they claim "is a huge problem."

Another listed organization is PFLAG which reveals on their "Policy Statements" page that "teaching there are only two genders may make youth of different identities, genders or orientations not feel included."

They also sponsor a "Public Library Project" that "is dedicated to donating Gay, Lesbian, Bi-sexual, and Transgender-positive books to public libraries for a greater understanding of the real lives of our children."

Yet another checkout option is Fair Michigan, an advocacy group exclusively dedicated to writing sexual orientation and gender identity into Michigan civil-rights law, and according to National Review are "working to dismantle sex-based protections and severely restrict criticisms of gender ideology in publicly funded spaces."

Corktown Health is also listed. The organization is a "LGBTQ focused primary health care center" that provides "gender affirming care" in the form of hormone therapy for gender transitions and adds that it "may ... see patients as young as 16 years old."

The team has hosted Pride Night since it began hosting a "Pride Pack Day" in 2018, which was originally scheduled on June 26 to commemorate "the 4-year anniversary of the Supreme Court decision legalizing same-sex marriage [Obergefell v. Hodges] and the 6-year anniversary of the decision declaring the Defense of Marriage Act unconstitutional in the case of Windsor v. United States."

Fans may not be aware of just what the charities the team is funding actually do. The Tigers are currently 17-29, in 4th place in the American League Central Division, 11 games back on the Cleveland Guardians. But at least fans get a free t-shirt.