"Operation Cyber Guardian II" captured thirteen people, including some who thought they were speaking with parents to come over and teach their children how to have sex. 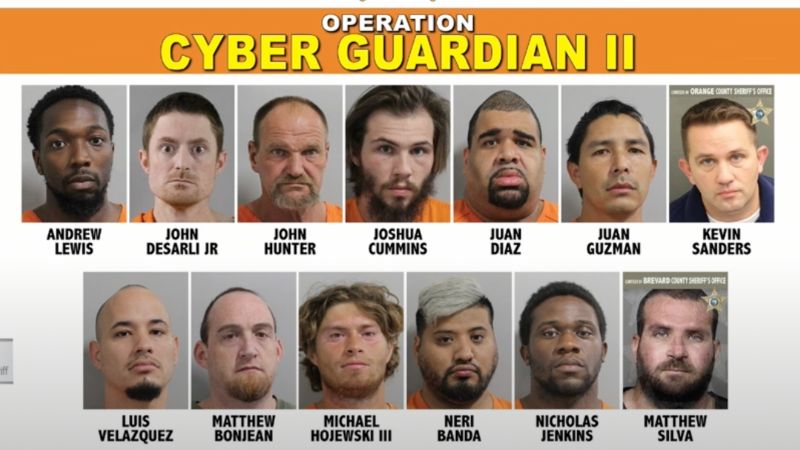 A Florida sex crimes sting known as "Operation Cyber Guardian II" captured thirteen culprits this week with a list that included a Disney employee and a Publix Super Markets worker.

Fox News reports that the men have been charged with a total of 41 felonies and three misdeamonors for wanting to allegedly "groom" and "sexually abuse" children.

Polk County Sheriff Grady Judd outlined the crimes during a news conference on Thursday, detailing how the men were charged with "traveling to meet a minor for sex, attempted lewd battery, use of a computer to seduce a child, unlawful use of a two-way communication device and transmission of material harmful to a child."

Three of the men thought they were making deals with the parents of the kids and arranging a circumstance where the strangers would come along and teach the children how to have sex. Eight out of those charged arrived at a Polk County location where they thought they were meeting children for sex but were instead greeted with police officers who arrested them.

Additionally, Chris Hansen from "To Catch a Predator" worked alongside investigators in the sting operation.

Five search warrants were executed as well, in various counties, and in all of those cases the accused had sent pornographic materials to kids they thought were between the ages of 13 and 15.