Disney is set to release a live-action remake of their film Mulan this month, however fans will certainly notice one its main characters is missing. 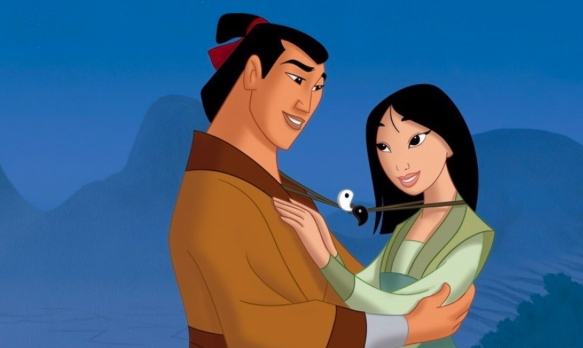 Disney is set to release a live-action remake of their animated 1998 film Mulan at the end of the month—however, fans will certainly notice one of its main characters is missing.

Jason Reed, the film’s producer confirmed the story change in an interview with Collider last Thursday.

The new 2020 version won’t include Li Shang, Mulan’s mentor and eventual love interest from the original. Shang is the captain of the Chinese Imperial Army and trains Mulan under the assumption that she is a male warrior.

The reason for dropping the character is a nod to the #MeToo movement according to Reed, claiming that in the height of the social activist moment, it wouldn’t be appropriate to have a character who is both a “commanding officer” and a “sexual love interest.”

Reed claimed that the change was necessary in order to avoid showing a “very uncomfortable” relationship onscreen. Their solution was to have Li Shang “split into two characters.”

Reed went on to elaborate that due to the character’s “supportive and dedicated” nature toward Mulan—the “brave,” “powerful” and “intelligent” female lead—Disney made the decision to remove Li Shang from the upcoming film.

In the original, 1998 version of the film, Shang develops an extremely close bond with “Ping”, who is actually Mulan in disguise while they are training and in battle together.

Eventually, Li Shang discovers that Ping is actually Mulan’s male alter-ego, he continues to treat that same. Acting no differently than before and then in the 2004 sequel, Mulan II, he asks for her hand in marriage.

As for the new characters, Reed told Collider, “One became Commander Tung (portrayed by Donnie Yen),” who will act as [Mulan’s] surrogate father and mentor in the course of the movie.”

There were, however, many Mulan fans who were bothered by the unnecessary decision and they took to social media to express their confusion and disapproval of Disney’s overbearing approach.

One person wrote, “Li Shang was arguably the most healthy relationship Disney had to model to little girls. Mulan wasn’t looking for a prince. I cannot abide by the message that it’s better to be alone than with a man who is attracted to a powerful & intelligent woman. First Jo March, now this!?”

Another Twitter user wrote, “#MeToo is about CONSENT. Thinking Strong Female heroes aren’t allowed to love is so detrimental. Li Shang was nothing but supportive and dedicated to her once he saw her true nature and was awed by her bravery. They didn’t even kiss in the original until after they were married.”

Mulan is set to hit theatres across the country on March 26.