Donald Trump tweets photo of himself as Rocky Balboa

At 10:54 am on Wednesday, Trump unveiled a gem to the world; a photo of himself, photoshopped on the body of Rocky Balboa. 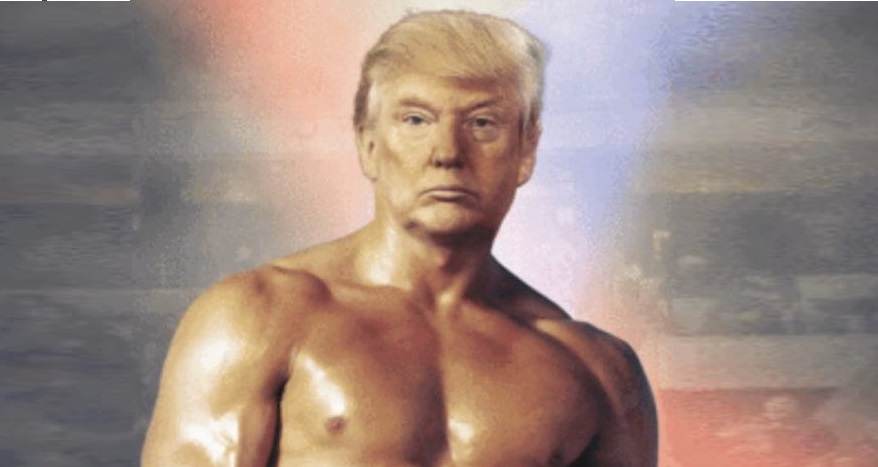 U.S. President Donald Trump tweeted a photo of himself—sort of.

At 10:54 am on Wednesday, Trump unveiled a gem to the world; a photo of himself, photoshopped on the body of Rocky Balboa.

The photo, which is actually of Sylvester Stallone from the poster for Rocky III, received a warm reception from his supporters and screeching hatred from the never-Trump crowd.

A flurry of memes from those who didn’t seem to get the joke came in, with many of them pointing out that Trump is actually overweight.

This is the latest in a series of Trump tweets that have utilized Photoshop.

Trump previously tweeted a doctored photo of himself putting a paw-shaped medal around the neck of Conan the terrorist-slaying dog, which led to joyless organizations like the New York Times to fact check the post, as if it wasn’t clearly photoshopped.

The photo, made by the team over at Daily Wire, became a thorn in the side of the Times, as they ran a headline reading “Trump Tweets Faked Photo Of Hero Dog Getting a Medal.”

“The dog appeared to have been edited over a 2017 Medal of Honor recipient,” stated the Times’ article, which has since reached a fine ratio of 516 Retweets to over 2,800 replies.

Trump also previously tweeted a doctored photo of himself with larger hands, which has roots from comments made by former Republican Presidential candidate Marco Rubio, wherein Rubio said Trump had small hands.

Trump has reportedly been insecure about his hands ever since editor Graydon Carter called him a “short-fingered vulgarian” in 1988.