Now that the election is over, Ford is back in Queen’s Park and he’s already starting to make moves. 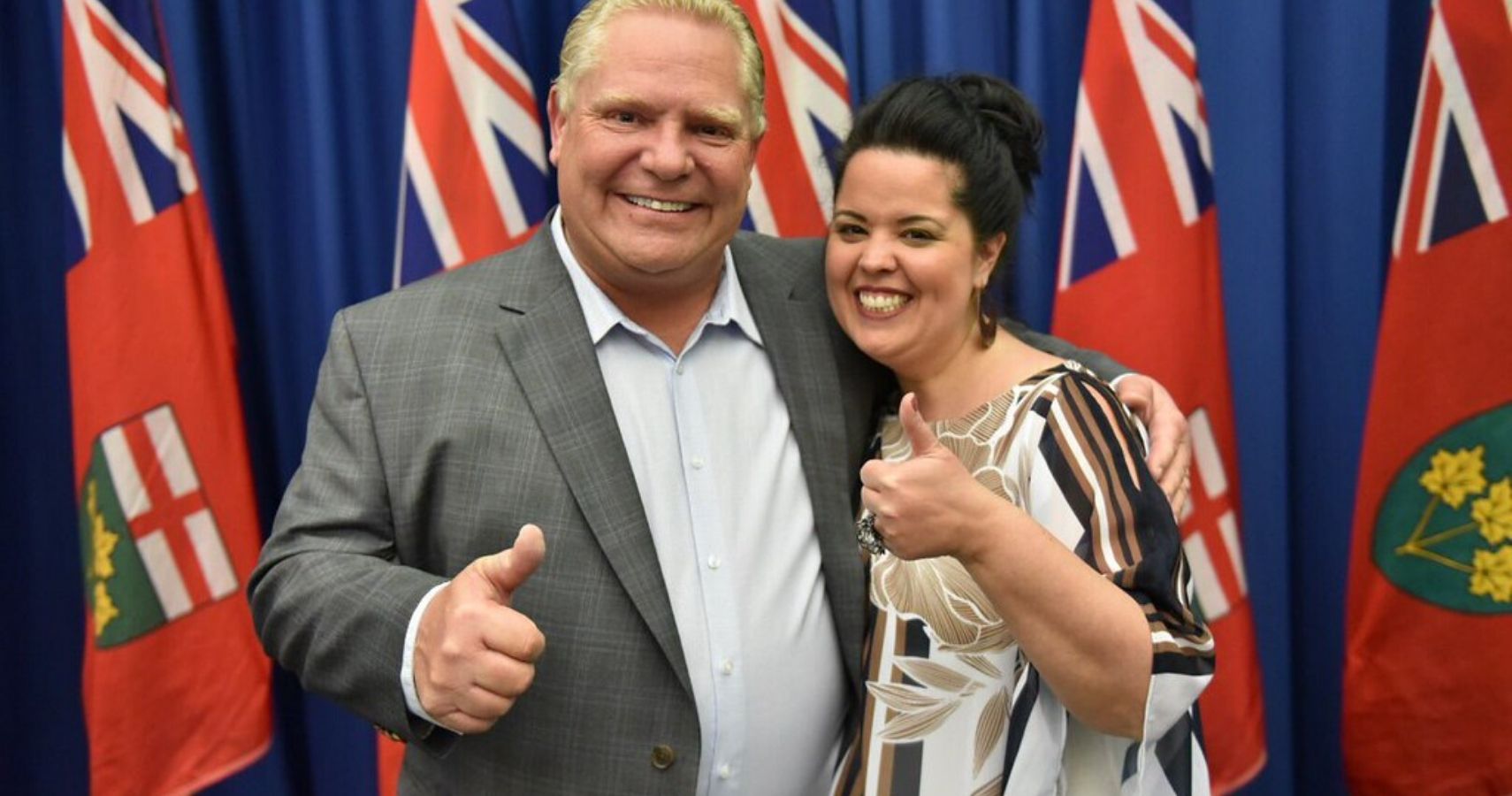 During the federal election, Ontario premier Doug Ford adopted the uncharacteristic tactic of keeping his head down, likely to avoid his own controversy from spilling over and impacting Andrew Scheer’s campaign. But now that the election is over, Ford is back in Queen’s Park and he’s already starting to make moves, again.

“I called the prime minister and offered my congratulations to the prime minister, and told him: ‘I understand politics. Let’s get down to work now,’” Ford said Monday, after a five-month recess in the Ontario legislature.

“And that’s exactly what we’re doing. We’re going to work with the federal government. We’re working with municipalities right across this province … I think it’s important for Ontario to step up. Step up, unite the country. I’ve never seen the country so divided.”

His return comes at a crucial time for Canada and the provinces, with unions across the country rising up and regional divide steadily growing.

While his return was met with some dissent, particularly from those opposing social service cuts, the response was mostly positive, and Ford received a brief standing ovation.

Resuming the fight against the federal carbon tax

One of the first issues Ford will be resuming is his court battle against the federal carbon tax, calling carbon pricing “the worst tax you could ever face.” The $30-million court battle had initially received a great deal of negative pushback; however, fighting the tax is one of the primary reasons Ford was elected in the first place.

“We’re going to continue the court challenge and we’ll see it through to its end,” Ford said. “We were elected last year on a mandate to end the province’s cap-and-trade program, which we’ve done.”

Two of the biggest hurdles will be negotiating average class sizes and negotiating wage increases.

Currently, Ford is pushing for an average class size of 28 (up from 22), while Education Minister Stephen Lecce is pushing for an increase to 25. Both will lower the demand for teachers, eliminating some 5,000 jobs in the process, even if the less drastic increase is opted for, according to OSSTF president Harvey Bischof.

Additionally, the province is attempting to negotiate a capped wage increase of 1 percent, while unions are pushing for more money and would like it to steadily rise consistent with inflation.

Talks of reducing red tape around the sale of alcohol in corner stores dwindled during Ford’s absence but are being talked about again upon his return.

One of the barriers to pushing through retail sales of alcohol is the Beer Store’s contractual stranglehold over the industry, which could cost hundreds of millions of taxpayer dollars to bypass.

Last week, House leader Paul Calandra said that the push for retail alcohol sale isn’t on his “priority list right now“. However, the Ford government has made a new pitch to ease the province into retail alcohol sales by proposing that airports be allowed to sell alcohol 24 hours a day, which is “in line” with other provinces.

“We met with the airport authority who spoke to this being a need, and I think it just speaks to the general process of our government trying to be open for business,” Prabmeet Sarkaria, Ontario’s Red Tape Reduction Minister, told reports Monday. “We don’t want our consumers, whether it’s people or businesses, to be held up or held back by regulations … I think regulations are meant to improve the lives of people.”