When the song ends, the drag queen pointed to the dollar bills on the ground and said to the young girl, "Look at all that money you just made!" 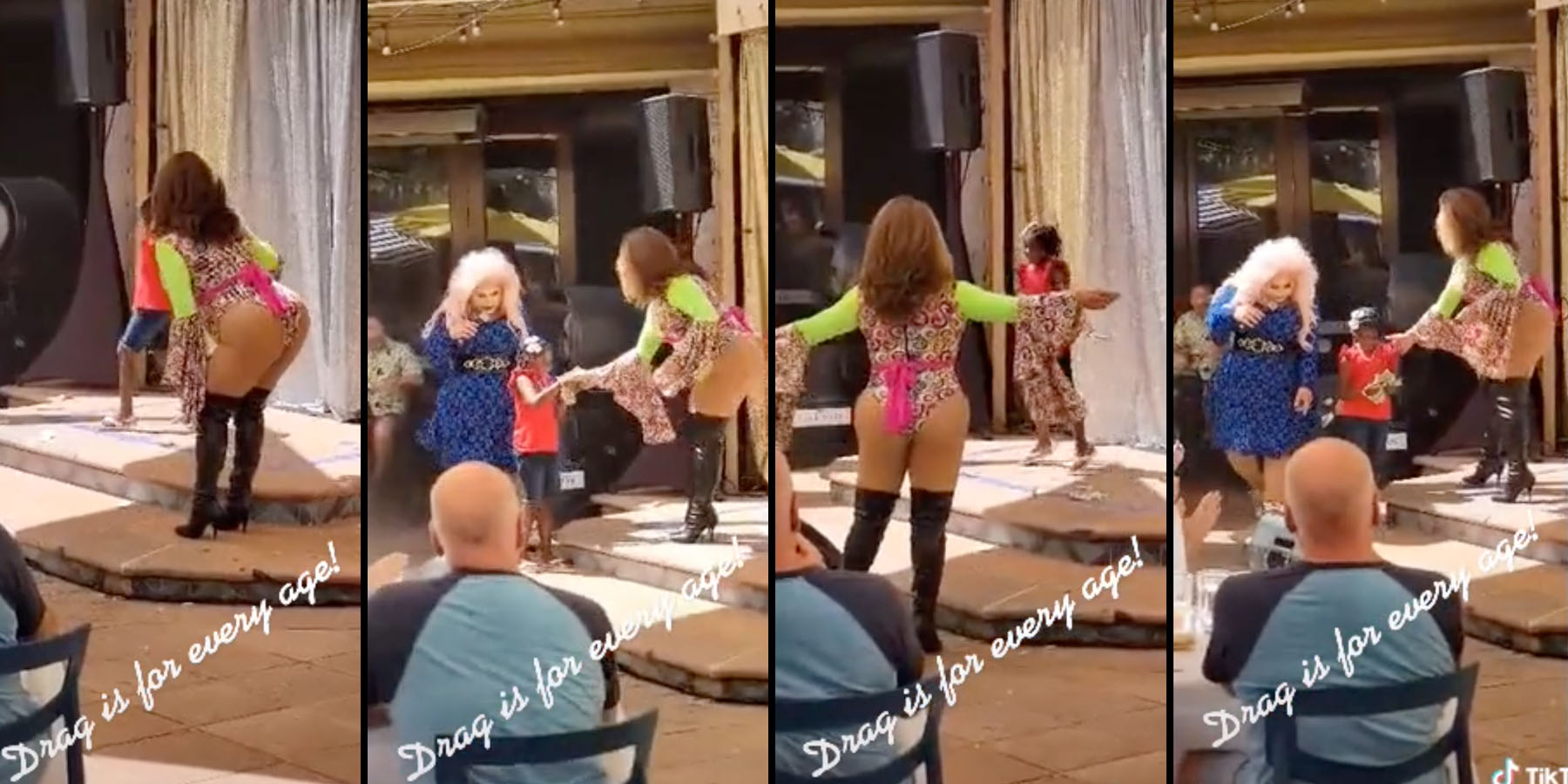 Popular social media account Libs of TikTok shared a video on Tuesday of a young child dancing on stage at a "family-friendly" drag queen brunch event. Members of the audience threw money at the child as one of the hosts of the drag show danced around her in an outfit exposing their buttocks. When the song ends, the drag queen pointed to the dollar bills on the ground and said to the young girl, "Look at all that money you just made!"

The video was originally posted on TikTok by the host of the drag queen brunch event, Sabryna Williams. The video is overlaid with a sticker that says "Drag is for every age," and the caption: "This little diva attended her first drag show and I couldn't help but notice her dancing in her seat, so I gave her a chance to show off for everyone and she stole the show!!!" Sabryna ended the post with several hashtags "#palmsprings #dragqueens #dragkidsoftiktok #dragbrunch" and tagged the restaurant "@Oscar's Downtown Palm Springs."

Oscar’s restaurant advertises its "Bitchiest Brunch" on its Facebook page as the "longest-running 'Drag Brunch' in Palm Springs."

2022 has seen an explosion of Drag-themed events aimed at minors, including instances where children are exposed to nearly nude Drag performers in bars, nightclubs, and other events for Pride, and the increasingly popular "Drag Queen Story hours."

Left-wing media has portrayed the backlash against children being exposed to highly sexualized drag queen performances as a conservative overreaction and political ploy. Christopher Rufo responded to a Washington Post article naming him as a purveyor of a "bad faith argument" in the drag queen debate. "The Washington Post is taking reality suppression to new heights: there is 'nothing inherently sexual' about adult male transvestites removing clothing, performing lap dances, and soliciting dollar bills in front of children."

Correction: The original article incorrectly included a photo thought to be Sabryna Williams that has since been removed.