The 2016 probe sought links between the Trump campaign and Russia, but found none. Durham's job was to investigate the origins of that investigation to understand why it was undertaken. 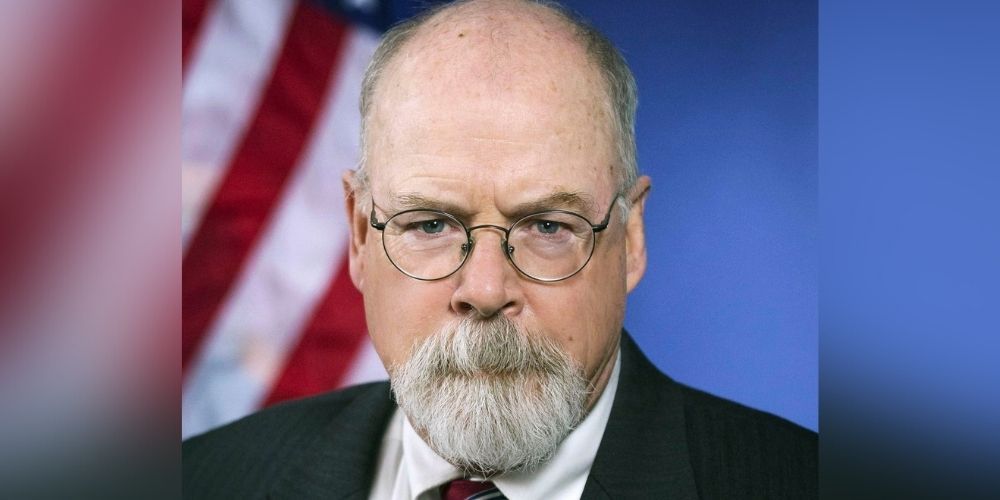 Special Counsel John Durham is expected to complete his lengthy report after presenting evidence to a grand jury regarding his examination of the origins of the FBI's Russia probe in 2016.

The 2016 probe sought links between the Trump campaign and Russia, but eventually found none. Durham's job was to investigate the origins of that investigation to understand why it was undertaken at all.

Durham, who was appointed during the Trump administration, began his review in May of 2019, which has so far led to the prosecution of one. Trump has slammed Durham for not releasing information pertaining to the investigation.

People familiar with the matter told The Wall Street Journal that "Mr. Durham has been examining potential criminal charges against several lower-level Federal Bureau of Investigation employees, and people who aren't in government. Mr. Durham was also expected to deliver a report by the end of this summer, though that target is likely to be pushed back."

Durham is required by special-counsel regulations to report the status of the investigation as well as submit a proposed budget by July 1 for the following fiscal year that begins in October.

Attorney General Merrick Garland could determine whether or not the investigation would continue and establish a new budget.

"A Justice Department spokeswoman declined to say whether Mr. Garland has decided to allow Mr. Durham's probe to continue beyond September or approved a budget for the next fiscal year, citing a policy of not commenting on ongoing investigations," wrote The Wall Street Journal.

The Justice Department disclosed in May that the investigation had spent around $1.5 million between October 2020 and March 2021.

The investigation from Durham is the third to look into the actions taken by the FBI in the Russian probe. It follows inquiries made by both Congress and the Justice Department's internal watchdog which both found problems with how the FBI looked to monitor a former Trump campaign adviser.

Durham has brought one case against a former FBI lawyer "who was sentenced to probation earlier this year after pleading guilty to altering a document used in that surveillance, was initially referred by the inspector general," reported The Wall Street Journal.

A focus has been placed on people working outside the FBI that provided tips regarding the 2016 investigation by prosecutors working for Durham.

Those with knowledge of the matter said that prosecutors are examining whether those knew that the information as false at the time and what the FBI did with that information.

"For example, some of these people said, Mr. Durham has asked questions about evidence related to allegations that a Trump Organization server was secretly communicating with Russian bank Alfa Bank. The FBI investigated those claims in 2016 and concluded by February 2017 there were no such links," wrote The Wall Street Journal.

Prosecutors may be pursuing a theory that if people passed along knowingly false information to the FBI or passed it on to people that then shared it with the FBI, it could potentially be considered lying to the federal government, a case that former officials say would be an unusual one to pursue.

US Attorney General William Barr previously spoke to the Journal about the special counsel investigation into the origins of the Russian collusion investigation claiming that a "willful if small group of people" attempted to "topple" the Trump administration.

Barr told the outlet in December 2020 that "the Department of Justice was being used as a political weapon" by a "willful if small group of people" who sought to use fake claims of Russian collusion to take down an administration. "Someone had to make sure that the power of the department stopped being abused and that there was accountability for what had happened," Barr said.

Barr appointed John Durham as a special counsel to investigate the background of the Russian collusion investigation so that the public could learn how the FBI was essentially, in his view, hijacked for political purposes.