Eliza Fletcher murder suspect was convicted of rape as a minor

Records revealed that Abston was accused of raping a man, landing him in the custody of Shelby County’s Youth Services Bureau (SCYSB) for six months. 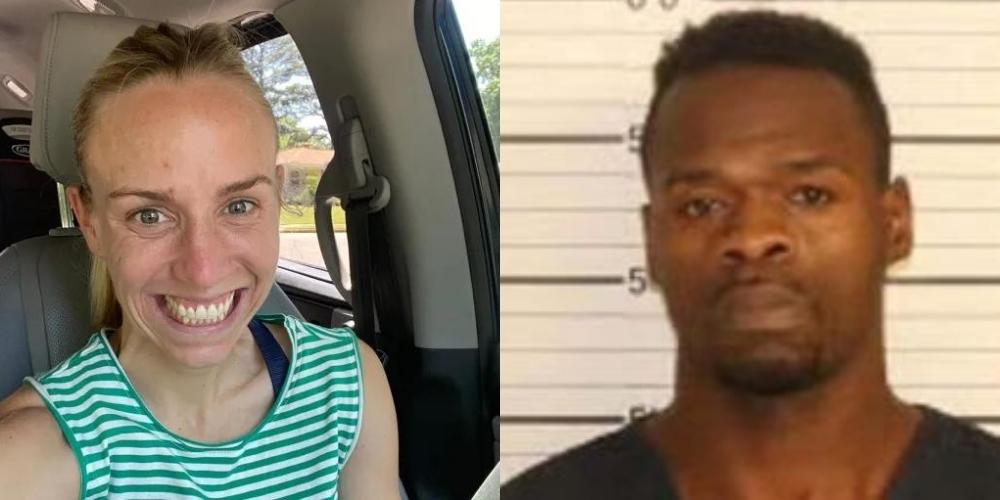 Court documents have revealed that violent felon Cleotha Abston, accused of kidnapping and murdering Memphis billionaire heiress Eliza Fletcher, was previously convicted of raping a man when he was a teenager.

Abston, 38, was 11 years old when he first appeared in the Memphis' Shelby County Juvenile Court, charged with theft of property amounting to $500 or less, reported Daily Mail.

He was detained 16 times from ages 11 to 16, for charges including rape, aggravated assault and unlawful possession of a weapon.

According to Action News 5, he was part of the local "LMG" gang, which stands for "Lemoyne Gardens Gangstas," named for a Memphis low-income housing project.

Records revealed that Abston was accused of raping a man, landing him in the custody of Shelby County’s Youth Services Bureau (SCYSB) for six months.

Just two weeks after he was released from his last stay at SCYSB to his mother's care, he was transferred to adult court for kidnapping lawyer Kemper Durand, who had worked at the Lewis Thomason law firm, where Fletcher's uncle, Michael Keeney, also worked.

Abston was sentenced to 22 years in prison for the abduction, during which Durand said that he feared for his life. However, the offender was released early in 2020, after which he allegedly violently forced mother-of-two Eliza Fletcher, 34, into an SUV early in the morning on Friday.

The avid runner and teacher disappeared while out for a jog around 4:30 am on Friday, launching a four-day long hunt before officers recovered her body.

Newly found footage shows the suspected killer driving to the home of his brother, Mario, at the Longview Gardens apartment complex around 8 am later that morning.

Less than four hours earlier, Abston is accused of kidnapping the heiress to the $3.2 billion Orgill hardware company seven miles away, close to the University of Memphis, reported Daily Mail.

The footage obtained by police, which has not yet been released to the public, reportedly shows Abston running aggressively towards Fletcher and forcing her into the passenger side of the vehicle after a struggle before he drives away.

In additional footage, Abston is reportedly seen sitting in his car after arriving at the complex before getting out and going to the trunk of the car. It's unclear what he was getting from the trunk.

Authorities in Memphis confirmed that the body found hidden in tall grass near an abandoned property, close to where Abston was seen cleaning his car, was Fletcher. Her Lululemon running shorts were found nearby in the garbage.

After searching around in the vehicle's trunk, Abston runs into his brother's home before returning to the car and spends more than an hour in the passenger side of the GMC Terrain, supposedly cleaning it.

His brother Mario, 36, who is also a convicted felon, described his brother as acting "strangely."

The area where Fletcher's body was found is just a hundred yards from Mario's home.

A neighbor confirmed to law enforcement that Abston had been behaving "very strange," and police determined that his phone pinged near to where Fletcher was taken.

Abston reportedly told police that his brother had been cleaning the interior of his GMC Terrain and washing his clothes.

Cleo Henderson, Abston's father, is currently in prison for second-degree murder and is scheduled for release in 2044.

Authorities have not yet confirmed Fletcher’s cause of death. Her alleged killer's bail has been set at $500,000, and he is reportedly not cooperating with police.

In a statement released after the confirmation of her death, Fletcher's family said: "We are heartbroken and devastated by this senseless loss. Liza was such a joy to so many – her family, friends, colleagues, students, parents, members of her Second Presbyterian Church congregation, and everyone who knew her."

"Now it's time to remember and celebrate how special she was and to support those who cared so much for her. We appreciate all the expressions of love and concern we have received. We are grateful beyond measure to local, state and federal law enforcement for their tireless efforts to find Liza and to bring justice to the person responsible for this horrible crime."