In a now-deleted tweet, Musk said that the #StayWoke shirts "stem from the Ferguson protests. Obama's own DOJ proved this [and] exonerated the cop. 'Hands up don't shoot' was made up. The whole thing was a fiction." 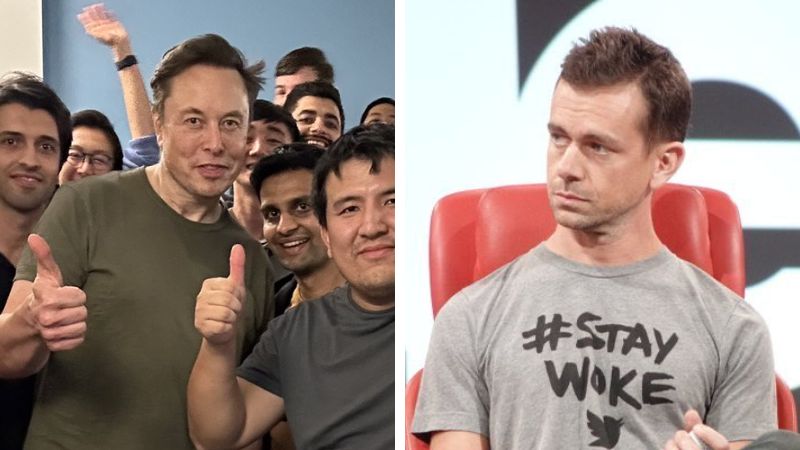 Twitter CEO Elon Musk found a "closet full" of "#StayWoke" shirts on Monday night, much to the surprise of no one.

In a now-deleted tweet, Musk said that the #StayWoke shirts "stem from the Ferguson protests. Obama's own DOJ proved this [and] exonerated the cop. 'Hands up don't shoot' was made up. The whole thing was a fiction." He has since linked to the Department of Justice's report on the criminal investigation into the death of Michael Brown.


The closet full of shirts has likely been around for years.

During a 2016 panel, Dorsey was interviewed at a conference with known race baiter DeRay McKesson, dressed in the "Stay Woke" shirt. Dorsey attempted to explain the meaning behind the shirt, explaining his interpretation.

"To me, my interpretation of what it means, and it has evolved a little bit over time, is really being aware, staying aware, and keep questioning. Being awake, and eyes wide open around what's happening in the world," he said, according to Esquire.

"We saw that in Ferguson, and what I didn't really consider before I got there, that I saw on the ground, is what you see on the television screen versus what's actually happening behind the camera. It was just amazing for me to see, especially at night, the press running around West Florissant, and how they were telling the stories, and how protesters were having conversations with them about what stories they were telling, and where the focus was, and the focus inappropriately on the wrong things. And to me, that's when I really first saw this phrase in action—was making sure that we're telling our story, and we're telling what's on the ground, and we saw it live through Twitter."

The Twitter regime during the Ferguson protests in 2014 was led by founder and former CEO Jack Dorsey, and was known for its "woke" ideals that were criticized by some as being cult-like, much like Dorsey's successor Parag Agrawal.

A July episode of the Joe Rogan Experience featuring guest Marc Andreessen showed the two discussing how the site had become a "non-spiritual religious cult."

A clip of that podcast was tweeted by The Post Millennial and was retweeted by Rogan.

Andreessen was describing how the human psyche is hardwired for religion and said "we want to be members of groups" and "we want to form new religions." He described how humans skewing towards inventing cults will make up "new ethical and moral systems and hold each other to them." As these qualities of religion are the rudimentary components Andreessen described exclusivity as the "hallmark."

"The hallmark of any religion" or "cult," the tech entrepreneur said, is "some crazy belief that strikes outsiders as completely crazy." And rhetorically asks: "What's the role of that crazy belief?"

"The role is that by professing your belief in the crazy thing, you basically certify that you're a member of the group," and "You're willing to stand up and say, Yes, I'm a believer."
ADVERTISEMENT
ADVERTISEMENT
elon musk jack dorsey