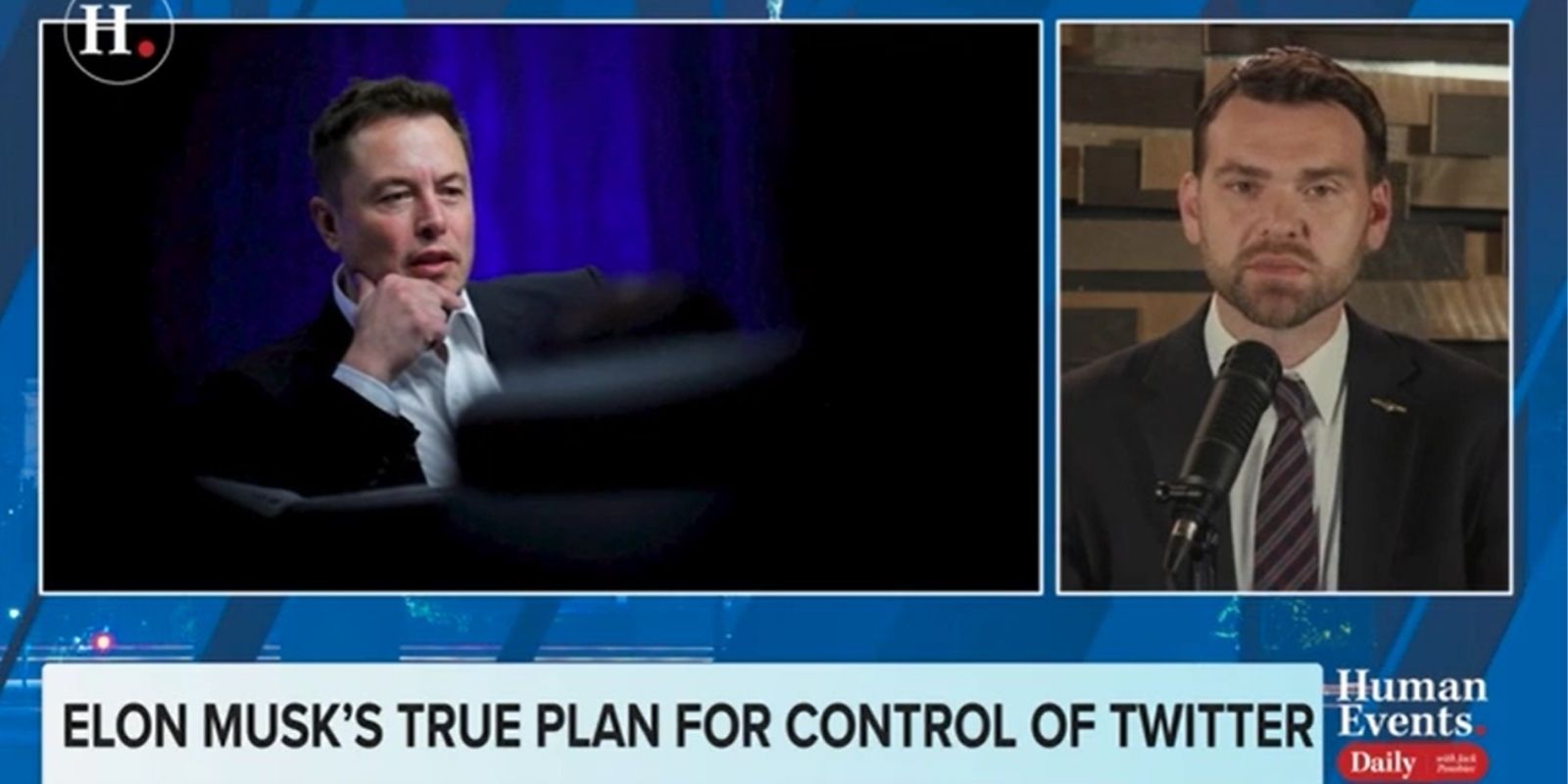 Musk made the comments in 2018 during a 60 Minutes segment with Lesley Stahl, after she said that the billionaire was using his Twitter to "get back at the press."

Posobiec then shifted his focus to Musk's goals for Twitter, as it was made clear by Twitter CEO Parag Agrawal that the Tesla and Space X CEO would not be joining the Twitter board of directors after his purchase of 9.2 percent of the company's stock.

"So what's Elon Musk's final plan with Twitter?... We saw before, he buys just under ten percent of the company itself, but, then they offer him a seat on the board while he's criticizing their practices of censorship, so he turns around and suddenly they say 'he's not going on the board,'" said Posobiec.

"... He hasn't really said anything about this, but there was this kind of cryptic statement in a Twitter CEO Parag's statement on this whole thing, where he said 'distractions will be coming to Twitter,'" he added.

Posobiec continued on to cite a Post Millennial article, titled "Twitter employees enjoy 'day of rest' after getting 'super stressed' by Elon Musk," "Which is just hilarious, obviously. These people are soft," said Posobiec, noting that these were the same type of people that never take off their masks.

"So what's Elon Musk's plan for Twitter? Well, I actually think that it's a good thing he didn't go on the board, and a lot of people were saying, 'he's gonna come in and clean up the place,' but I said, you know what, if he goes on the board, I don't think he's going to be able to accomplish his missions... Because, if you get put on the board, you're put on the bench. You're having people be able to tell you, you're just on the team now, you're one voice in the room, in the deal, alright. But you're only one voter on the board.

"The board, at the end of the day, doesn't really set policy at the granular level, and that's what he's trying to do . They don't change direction of the entire company, so he wouldn't have the ability to oust the CEO,... or any of the stuff that he's trying to do," said Posobiec.

On Tuesday, Musk "Liked" a tweet that speculatively outlines his vision for Twitter. The tweet, by TankTDS, said that Elon became the largest shareholder for free speech, writing: "Elon was told to play nice and not speak freely."

Posobiec then speculated that Musk would likely not want a background check run on him, as would be necessary had he decided to join the board, and that they would have to cap his ownership of the company at 15 percent. "He's not gonna do that," said Posobiec.

"When he announced that he wasn't going to be going on the board, Twitter shares went down, which means he can then pick them up at a fire sale on a discount. Could be a masterstroke, but, as I say with all things concerning Elon Musk, I'll believe it when I see it.

"He always talks a big game. Biggest game in town... Show me the receipts. Show me that you're putting points on the board. He definitely did that with Twitter, I'm not denying that... but, a couple of days after that, I got suspended from Twitter, I got locked out for 12 hours over something that turned out to be a complete lie, and essentially calling Disney a bunch of groomers. I said boycott groomers," Posobiec said.

"So that happened right after that, and a lot of people were tagging Elon, so the question becomes, Mr. Musk, are you going to step up? Not just from people like me, but for all the little people who get censored day in, day out on that platform," he said. "They like the platform, but they want it to go back to being the place that it used to be."