"Any other company at this point would be just boring," remarked a Twitter Dublin member. 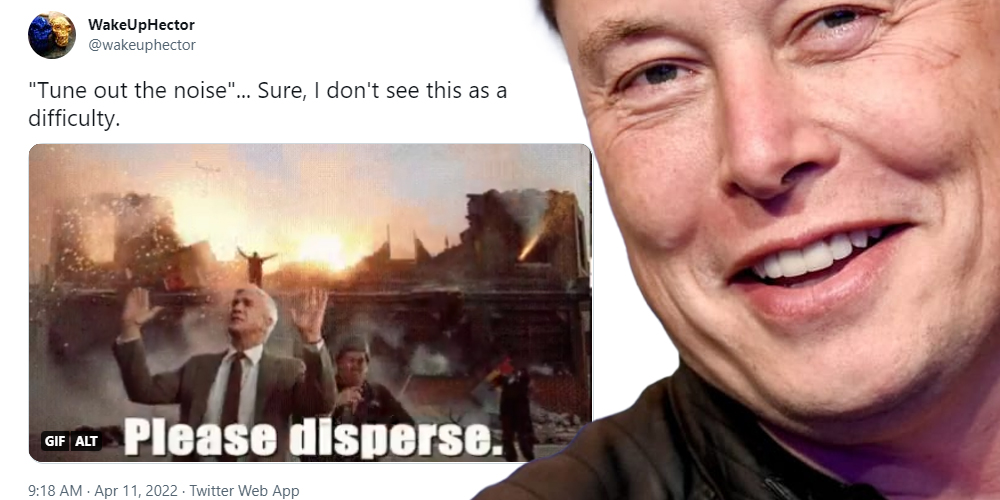 The employees of the Twitter social media platform are taking a Monday siesta following the tumultuous upheaval brought on by the introduction of Tesla’s Elon Musk as a shareholder.

The previous plan was for the company to host a town hall between Musk and staff, to ensure everyone was on the same page about the business agenda going forward. But that has changed now that Musk isn’t going to be on Twitter’s board of directors.

"Employees have a previously-scheduled day of rest today, which is well-timed, as the vibe is super stressed, they tell us," said Sarah Frier of Bloomberg.

The vibe described within Frier’s article on the matter indicates that the company is unsure of what Musk’s intentions are.

"Employees have the day off Monday for a regular, monthly day of rest the company provides. The break is well-timed as several people described the vibe as ‘super stressed,’ with employees ‘working together to help each other get through the week.’"

The sentiment from employees can be summarized by tweets like this one from a current Google employee who used to work at Twitter.

"So much of the discourse on Twitter lately has been about Twitter that I'm beginning to think the wrong company renamed themself Meta."

But for now, current Twitter employees like Andy Piper are recharging their batteries before they can offer more hot takes.

Others don’t know what to do with their free time.

The Twitter Musk saga began back on April 4th, when the Tesla bigwig became one of Twitter’s largest shareholders with a 9.2 percent stake. Elon Musk used to be largely revered by former CEO Jack Dorsey.

But the situation came as places like The Babylon Bee were censored by Twitter for transgender-related critiques of Rachel Levine (confirmed as a motivator for Musk’s big Twitter stock buy). This in turn created a Twitter employee backlash where the more politically sensitive portion of the platform’s staff expressed fears about the future.

The second arc of the Twitter Musk story came as Twitter CEO Parag Agrawal announced the appointment of Elon Musk to the company’s board. But that came with the caveat that the billionaire couldn’t partake in a larger buyout of the company. Regardless, last week, that was enough of a shake-up for Twitter’s engineering manager Jay Holler to publicly confess the Musk news "radicalized" him.

Holler’s negative sentiments were on the grounds that he doesn’t believe Elon Musk’s perspectives aligned with his own personal political viewpoints.

After publicly floating several radical changes that included turning Twitter’s San Francisco headquarters into a homeless camp because nobody physically showed up to work, it was revealed on Monday that Musk has declined the offer to be a company board member.

There’s speculation surrounding the change, with signals from Musk’s activity that suggest that being a Twitter board member would not have allowed him to bring about the changes to the platform that he had in mind.