ESPN writer cheers on riots?—then they show up near his house so he calls them 'animals'

An ESPN sportswriter supported rioters burning down a low-income housing area in Minneapolis, but changed his tune when the rioters showed up near his own home. 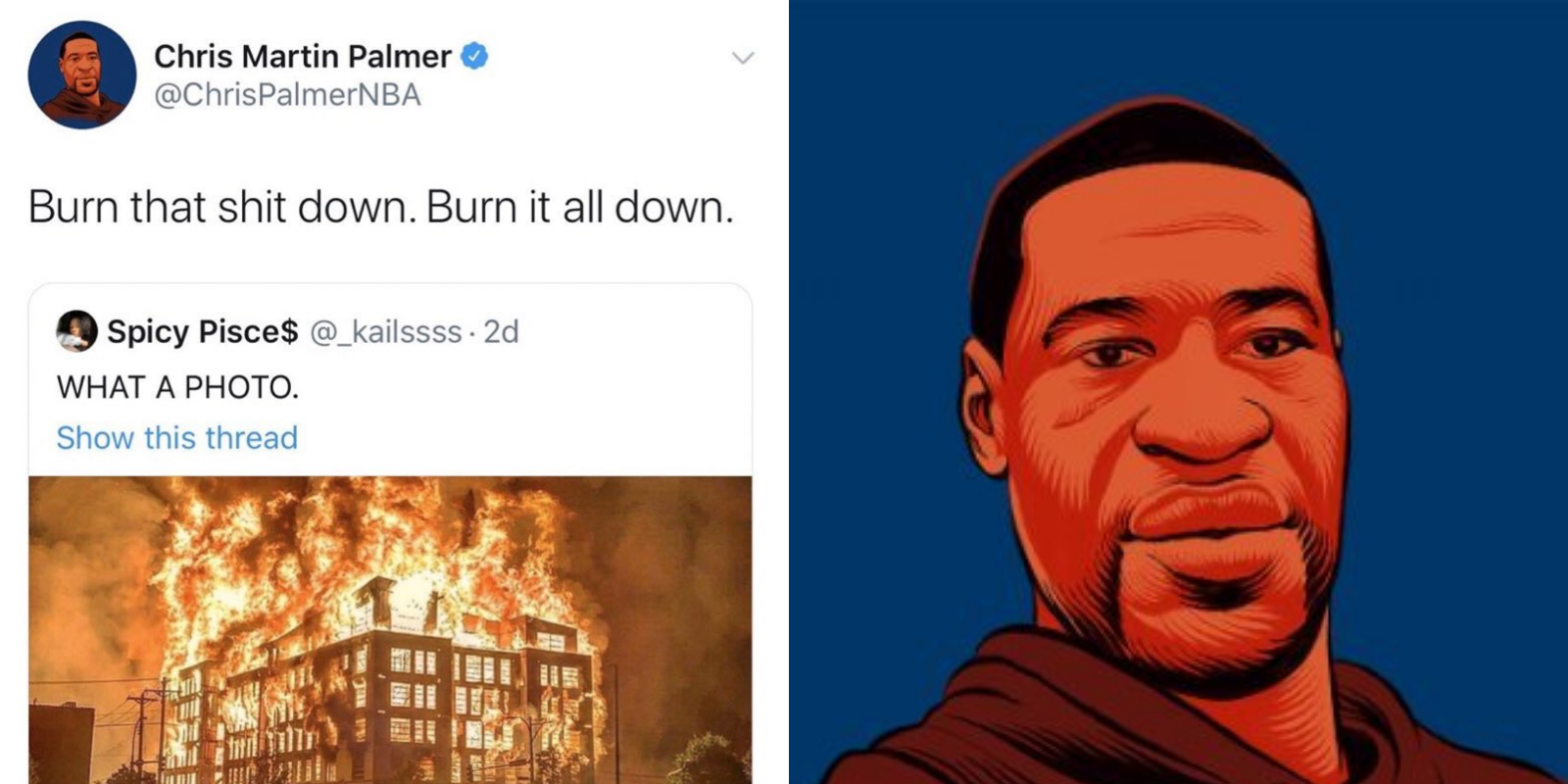 An ESPN sportswriter supported rioters burning down a low-income housing area in Minneapolis, but changed his tune when the rioters showed up near his own home.

Chris Martin Palmer's first tweet was posted on May 28, when the riots started in Minneapolis that saw buildings and businesses burned to the ground amid the unjust death of George Floyd.

Palmer tweeted: "Burn that shit down. Burn it all down."

Then three days later, on May 31, Palmer took to Twitter again to post about the riots that have cropped up across the country.

But this time, he was angry with the rioters, calling them animals. "They just attacked our sister community down the street. It’s a gated community and they tried to climb the gates. They had to beat them back. Then destroyed a Starbucks and are now in front of my building. Get these animals TF out of my neighbourhood. Go back to where you live."