Everyone should be cancelled

There is no time for self-examination when all of our condemnation is facing outward. There is no room for changing our own bad behavior if our days are filled with calling out other people on theirs. 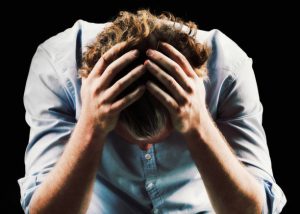 We should all be cancelled.

Everyone reading this right now has had thoughts that would get him or her fired if they were put in a tweet. Everyone has said things in relationships that would have people think they were monsters if they read it out of context in a blog post. We have crossed streets for the wrong reasons, lashed out based on fear, cheated, lied, had thoughts that made us feel so dirty that the only way to purify ourselves would be to bathe in the hopes and dreams of Mr. Rogers, the only man who was truly pure. (If they ever find anything on that guy I’m giving up.)

Is this why we jump at the chance to cancel other people? Why we demand a stranger be fired on Twitter? To loudly proclaim in long-winded Facebook posts how if a person we are mad at this week doesn’t lose everything including the ability to feed his children that we will boycott that person’s show we have never watched in the first place? That will fix us! So and so can forever live with the action of our retweets and we will forget their name cause we are on to bury someone else we will forget about the next week. And on and on into the abyss we will go.

We lash out at strangers so that our fears will never be revealed. There is no time for self-examination when all of our condemnation is facing outward. There is no room for changing our own bad behavior if our days are filled with calling out other people on theirs.

We have become a planet of internet narcs. Our teenage selves would be disgusted.

Last week, Natasha Tynes, a writer, was on the Washington Metro and saw an employee eating and angrily tweeted about it. She tagged the Metro and got this woman fired. We don’t know the woman who was eating’s story. She could have rushed from taking care of her family to taking care of a train filled with angry self important commuters. She could do this everyday. We don’t know her story. Her stomach aching. Her brain checked out. Her blood sugar low. A bite of her sad deli sandwich could have been the one thing that brought her a second of joy in the middle of this rat race that eats up people like her for … well lunch.

But one writer, one person with a couple thousand followers and a blue checkmark next to her name, a check mark that says she is better than you, that she is a verified human while you are not says you can’t eat. That blue checkmark gives her permission to eat wherever she damn well pleases. This verified writer woman saw the serf was out of line and got her in trouble with her employer.

So what happened next?

Justice. Online mob justice. That even when justified, reeks of misguided projection and glee. Mob justice to ruin another strangers life. But this one was okay. She is one of the bad ones and another glorious distraction. She was the bad writer woman that got the good eating woman in trouble.

Immediately the pile on began. Her publisher was being tagged in countless tweets. Her book was being boycotted. Other blue checkmarks turned on one of their own. She was no longer one of them. She was one of the serfs now. She was expendable. So she was sacrificed to the blue checkmark gods in order for us to sustain our fantasized imaged of ourselves for a day longer. Like vampires who need the blood of others to survive. We strike we bite.

And just like that. She was also in trouble, with the potential of her book being pulled.

I have far more sympathy for the Metro worker than the writer. Her only crime was trying to survive. But I saw the same urgency in the people taking down this author as the author who took down the metro worker. We will just shame each other in a circle cause eventually it comes back to us.

Maybe right now I am finding some glee in taking down everyone involved. But I’ve been part of Twitter pile-ons. I’ve been on both sides.

We have been given too much power. Corporations see angry tweets and they cave, fire, and ruin lives, just to not be on the rioter’s end of the picket. We are going to get to a point where we only consume art by people who have never taken a risk or made a mistake. That will either be very boring art, or art made by a serial killer who is really good at covering his tracks.

Remember, just like all of us have done things we are ashamed of, all of the people we have attacked have also done good things. The guy who made the bad joke 10 years ago on Facebook once teared up watching his daughter fall asleep after reading her a bedtime story. The actress who snapped at the waitress may have spent the last decade not feeling good enough. Pretty enough. Smart enough. No movie role will ever make her feel better, but all we saw was an entitled model living our dreams yelling at someone who looked more like us. There is no time for a backstory. We want her beautiful head on a metaphorical stick. We have all loved, given, helped, and asked for help. We are all human. Good and flawed.

The internet paints us all as the worst versions of ourselves and sometimes the best versions only can come out of the shadows when we log off.

Jamie Kilstein is the host of the Jamie Kilstein Podcast, a short daily wrapup of the bullshit from the left and the right. A political comedy podcast for the tribeless.