Tens of thousands of dollars in lavish gourmet items from Justin Trudeau’s private Challenger jet have been revealed from an access to information request. 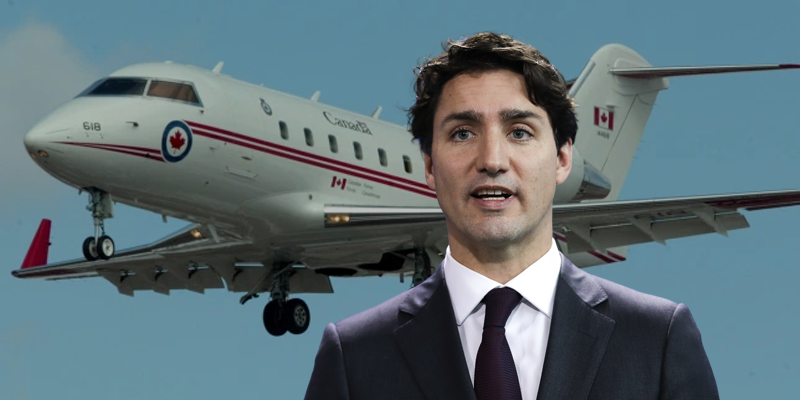 A recent access to information and privacy request has revealed tens of thousands of dollars in lavish gourmet items from Justin Trudeau’s private Challenger jet.

Covering just the first two months of 2018, these invoices include $23,000 in catering, $412 for “hot towels” and $285 for Belgian waffles. The overall bill is considerably large, as there are 176 pages of invoices describing luxury food items purchased on the jet.

Many remember Justin Trudeau’s controversial India trip, wherein he and his family appeared multiple times in traditional Indian clothing, sparking confusion and offense among the locals. The trip was as expensive as it was bombastic. The trip racked up a $1.6 million tab, above the original expected expense of $1.5 million.

It is now evident that Trudeau’s entourage splurged in luxury items on the visit. Other expenses include $17,044 to fly celebrity chef Vikram Vij to India to prepare a meal.

Page 49 of the unsurfaced documents reveal a slew of single-use plastics used, including plastic spoons, bottles of water, and bottlers of mineral water. This is contrary to the Trudeau government’s stance on single use plastics.

Page 62 reveals a $2,000 invoice for a seafood tray. This was during a January 31 trip to Zurich, Switzerland. Gategourmet is seemingly the prominent vendor among these invoices. Page 41 includes another invoice for $412.50 in hot towels and $20.25 in sliced lemons.

A January 17 invoice on page 41, reveals thousands of dollars spent on desserts, including $285 on Belgian Waffles. This invoice was also from Gategourmet, which charged Trudeau's entourage over $5,000 in food alone. This was more than the actual cost of transportation.

Page 53 reveals one of the largest invoices, which is $23,000 for catering. This was seemingly from January 19 and was related to a trip to Riga, Latvia.

The challenger jet itself has been a topic of controversy itself. In March of last year, it was found that each hour of flight used $14,000 per hour. The Trudeau Liberals' jet-setting style is again in direct conflict to the Trudeau government's message on climate change.

Speaking to The Post Millennial, Federal Director of the Canadian Taxpayers Federation Aaron Wudrick said that governments need to be "extra mindful of excess spending when running deficits—as this government has since it came into office."

"It does not send a good message to the public if politicians are racking up big travel and food expenses while regular Canadians are struggling," Wudrick continued.

Wudrick did note that the expenses in the access to information requests is up for some interpretation. "For these [access to information forms] in particular, it's hard to get a feel for how luxurious some of these are because a lot depends on how many people it's for. A $2000 seafood platter is outrageous if it's for two people, but not so much if it's for 50 people."

These documents cover a small portion of time, and more investigation may be required to fully understand the extent of the Prime Minister’s expenditure. It nonetheless remains of vital importance to hold the Prime Minister to account.

The Prime Minister's Office did not respond for comment at the time of publishing.