The DHS would tell social media companies what they would want to be removed from the platform through "takedown requests." Facebook’s version of this request service remains live. 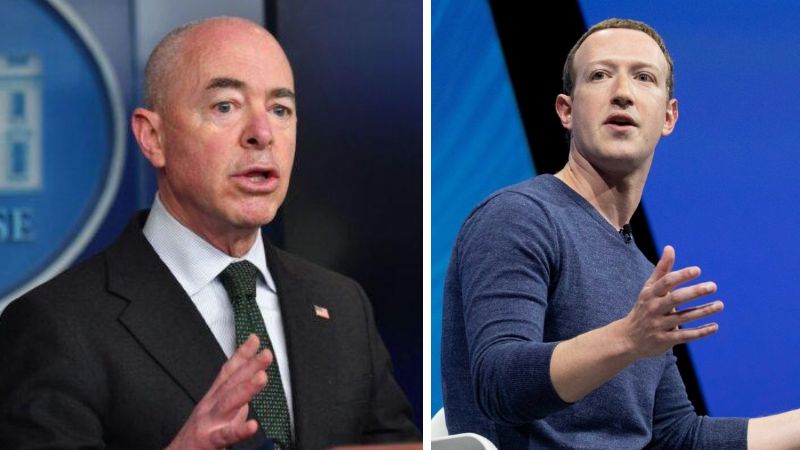 As news of the Department of Homeland Security’s efforts to moderate content on social media platforms spreads across social media, it has been revealed that Facebook’s portal for "onboarded partner requests pertaining to content issues on Facebook and Instagram" remains live.

A bombshell revelation from The Intercept came on Monday in regard to a lawsuit filed by Missouri Attorney General Eric Schmitt, which revealed through appended meeting minutes that former Microsoft executive Matt Masterson, who was formerly an official with DHS, told Jen Easterly, a DHS director, in February 2022 that "Platforms have got to get comfortable with gov't. It's really interesting how hesitant they remain."

"There is also a formalized process for government officials to directly flag content on Facebook or Instagram and request that it be throttled or suppressed through a special Facebook portal that requires a government or law enforcement email to use," The Intercept reported, noting the website link 'facebook.com/xtakedowns/login,'" which still remains up.

These meetings were part of an ongoing effort between the DHS and tech companies to determine how "misinformation" would be dealt with on those platforms.

Areas of concern for these efforts included the Biden administration’s disastrous withdrawal from Afghanistan last summer, the Hunter Biden laptop story, and the origins of the Covid-19 virus.

The DHS would tell social media companies what they would want to be removed from the platform through "takedown requests." Facebook’s version of this request service remains live.

The lawsuit which revealed these relationships, filed by Schmitt and Louisiana Attorney General Jeff Landry in May, alleges that key figures in the Biden administration, including President Joe Biden himself, "have colluded with and/or coerced social media companies to suppress disfavored speakers, viewpoints, and content on social media platforms by labeling the content 'dis-information,’ 'mis-information,' and 'mal-information.'"

Earlier this month, a federal judge granted a motion from Schmitt and Landry to depose key figures in the Biden administration, including DHS secretary Alejandro Mayorkas.