Fauci's NIAID bypassed oversights, oversaw grant to EcoHealth and over $600,000 to Wuhan Lab 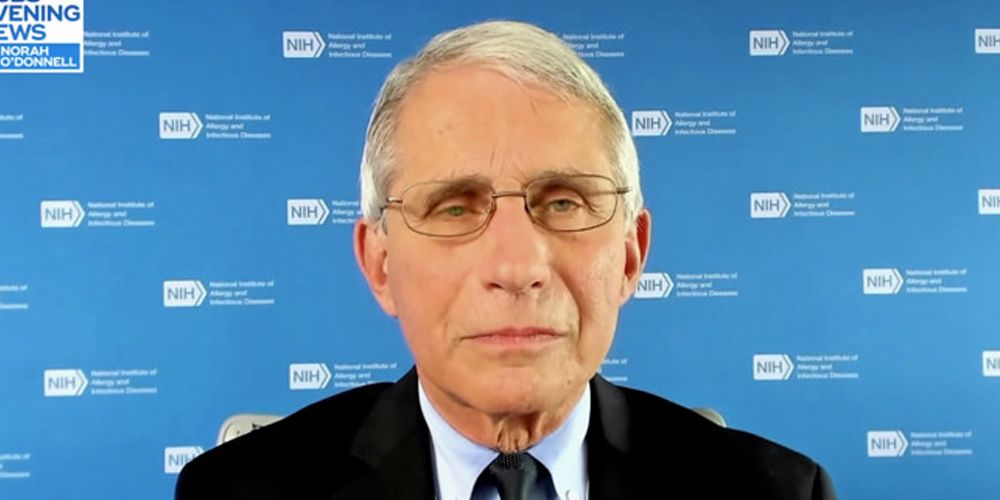 However the Daily Caller released a new report on Sunday that reveals these measures were circumvented in a crucial grant that eventually bankrolled the Wuhan Institute of Virology. What many consider to be ground zero for the COVID outbreak.

To clear up any confusion: Dr. Anthony Fauci led the NIAID, a subagency which gave an NIH grant to a non-profit called EcoHealth. This in turn led to a transfer of over $600,000 from EcoHealth to the Wuhan Institute of Virology. To study bat-based Coronaviruses in China.

If the P3CO looked over EcoHealth’s grant, they’d have had the opportunity to suggest additional safety measures to prevent something like a lab leak. Late last month a Fauci and China connected doctor, Ian Lipkin, strongly objected to the "lab leak" theory broadcasted by ex-CDC director Robert Redfield in a CNN interview. Even though official State Department cables sent in 2018 warned about the "risky studies on coronaviruses from bats" the Wuhan Institute of Virology was conducting.

The way the grant bypassed P3CO review is because flagging proposals for review is optional. An NIH spokesperson told the Daily Caller, "After careful review of the grant, NIAID determined research in the grant was not gain-of-function research because it did not involve the enhancement of the pathogenicity or transmissibility of the viruses studied. We would not submit research proposals that did not meet the definition, because otherwise we would need to submit everything."

It remains a question whether or not the EcoHealth grant met the P3CO’s standards. Richard H. Ebright is a professor of chemical biology at Rutgers University, told Daily Caller the grant’s abstract outright states how it meets "gain of function" criteria, despite the NIH’s denials now otherwise. Given how the P3CO’s bylaws work, the HHS review committee wasn’t obligated to give a second opinion on NIAID’s own determination over the EcoHealth grant.

A look at the page defines experimental investigations. "Aim 3. In vitro and in vivo characterization of SARSr-CoV spillover risk, coupled with spatial and phylogenetic analyses to identify the regions and viruses of public health concern. We will use S protein sequence data, infectious clone technology, in vitro and in vivo infection experiments and analysis of receptor binding to test the hypothesis that % divergence thresholds in S protein sequences predict spillover potential."

In April 2020 the Trump administration cut off the EcoHealth grant's funding. "At this time, NIH does not believe that the current project outcomes align with the program goals and agency priorities," said their research director Michael Lauer.

"I don’t know the reason, but we were told to cancel it," Fauci said at the time.