The report states that Chinese architects had planned to build the pagoda just two miles from the US Capitol at one of the highest points in Washington, DC. 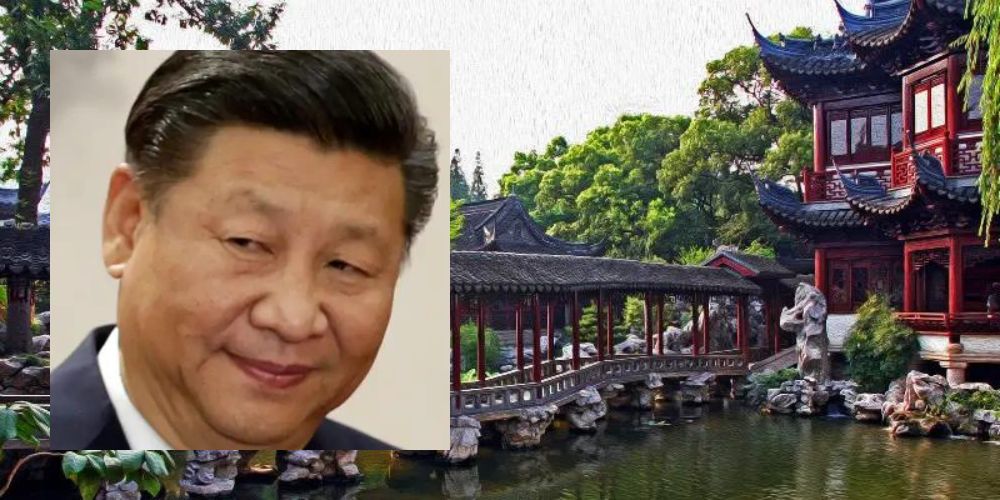 The Federal Bureau of Investigation (FBI) is becoming weary of Chinese espionage in the United States and recently killed a $100 million project to build a National China Garden in Washington, DC.

The Daily Mail reports that the United States' intelligence community is concerned that China is spying on the US through their vast increase in property investments.

A deal struck in 2017 between China and local officials in Washington, D.C. to build a Chinese garden in the National Arboretum near the Nation's Capitol, which would transform a 12-acre field into an arboretum full of native Chinese architecture and shrubbery.

However, after further investigation from US counterintelligence, officials discovered that the project could be used for espionage, according to a CNN report.

The report states that Chinese architects had planned to build the pagoda just two miles from the US Capitol at one of the highest points in Washington, DC, which counterintelligence believe would have been in prime position for espionage activities.

China also wanted to bypass US Customs through diplomatic pouches, and prevent US officials from inspecting the shipped materials that would be used to build the pagoda, according to the report.

The project was then quietly killed by federal officials.

However, federal officials have raised strong concerns regarding China's many recent property investments near critical United States infrastructure, which include US military bases.

An investigation conducted by the FBI revealed that China repeatedly attempted to install Chinese-made Huawei equipment atop cell towers near Midwest military bases, according to the Daily Mail.

The Chinese equipment is capable of intercepting secret Defense Department communications including those used by US strategic command, which oversees the nation's nuclear weapons, according to the FBI.

"This gets into some of the most sensitive things we do," a former FBI official told CNN. "It would impact our ability for essentially command and control with the nuclear triad. That goes into the 'BFD' category."

China, along with firms tied to the communist regime, own 192,000 acres of US farmland worth $1.9 billion, according to the outlet.

Fufeng Group, a Chinese-owned food producer, recently purchased hundreds of acres of farmland in North Dakota near Grand Forks Air Force base with plans to build a corn milling plant. The base is home to some of the nation's most sensitive drone technology.

"That's probably about 2,000 or so investigations," Wray told CNN. "And that's not even talking about their cyber theft, where they have a bigger hacking program than that of every other major nation combined, and have stolen more of Americans' personal and corporate data than every nation combined.''

FBI agents are currently monitoring cheap Huawei equipment that has been installed along Interstate 25 in rural Colorado, Montana, and Nebraska, which was installed to connect the sparse population. However, it also connects to some of the most secretive installations in the United States.