Judge James Ho of the US Court of Appeals for the Fifth Circuit declared Thursday that he won't take any more clerks from the Ivy League school due to its unbridled cancel culture. 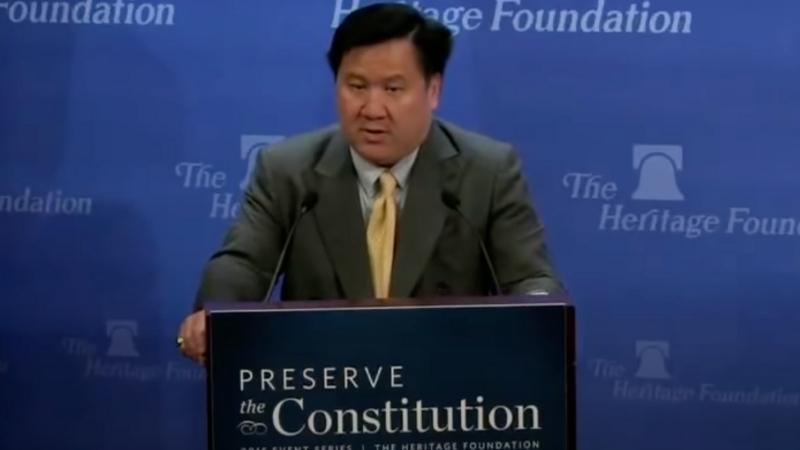 Olivia Rondeau
Oct 2, 2022 minute read
ADVERTISEMENT
ADVERTISEMENT
A Trump-appointed federal judge has announced that he has stopped hiring clerks from Yale Law School and urged other judges to do the same, citing the university's "closed and intolerant environment."

Judge James Ho of the US Court of Appeals for the Fifth Circuit declared Thursday that he won't take any more clerks from the Ivy League school due to its unbridled cancel culture.

Yale "not only tolerates the cancellation of views — it actively practices it," Ho said at a Federalist Society conference in Kentucky, reported the National Review.

While censorship occurs at other law schools, "cancellations and disruptions seem to occur with special frequency," at Yale, according to Ho.

Ho said that he doesn't want to "cancel" Yale, but urged said that judges who don't approve of the way that Yale law students are being taught, or the witch hunt tactics that are being ingrained in them, should follow suit if they don't want to condone the school's intolerance.

"If they want the closed and intolerant environment that Yale embraces today, that's their call. I want nothing to do with it," he said during his speech.

"I don't want to cancel Yale," he added. "I want Yale to stop canceling people like me."

Ho was nominated to the Fifth Circuit by former President Donald Trump in 2017, and made his list of potential Supreme Court nominees in 2020.

In his argument, the judge brought up multiple recent incidents at Yale Law, including one where over 100 students attempted to shut down a bipartisan panel on civil liberties. The situation became so bad that panelists had to leave the building under police escort.

In another instance of rampant cancel culture, school administrators pressured a student for weeks to apologize for a "triggering" email in which he referred to his apartment as a "trap house." According to the Yale Law administration, this phrasing was triggering because the student in question is a member of a conservative organization, reported ABA Journal.

Ho is no stranger to calling out far-leftism in higher education. In February, Ho defended legal scholar Ilya Shapiro after he was suspended and investigated from his new position as as a senior lecturer and executive director at Georgetown University’s Center for the Constitution. In now-deleted tweets, Shapiro shared his opinion on President Joe Biden's announcement that he would only consider black women for his Supreme Court Nomination.

"Because Biden said he’d only consider black women for SCOTUS, his nominee will always have an asterisk attached. Fitting that the Court takes up affirmative action next term," he added, sparking an investigation at Georgetown and calls for termination.

"If Ilya Shapiro is deserving of cancellation, then you should cancel me too," he added.

Ho joins at least one other federal judge in refusing to bring  Yale Law students in as clerks, along with DC circuit Judge Laurence Silberman who in March sent an email to all US federal judges with a similar warning about the problems at Yale.

Following the event which leftist students tried to shut down, Silberman wrote:

"The latest events at Yale Law School, in which students attempted to shout down speakers participating in a panel discussion on free speech, prompt me to suggest that students who are identified as those willing to disrupt any such panel discussion should be noted. All federal judges—and all federal judges are presumably committed to free speech—should carefully consider whether any student so identified should be disqualified from potential clerkships."
ADVERTISEMENT
ADVERTISEMENT
james ho