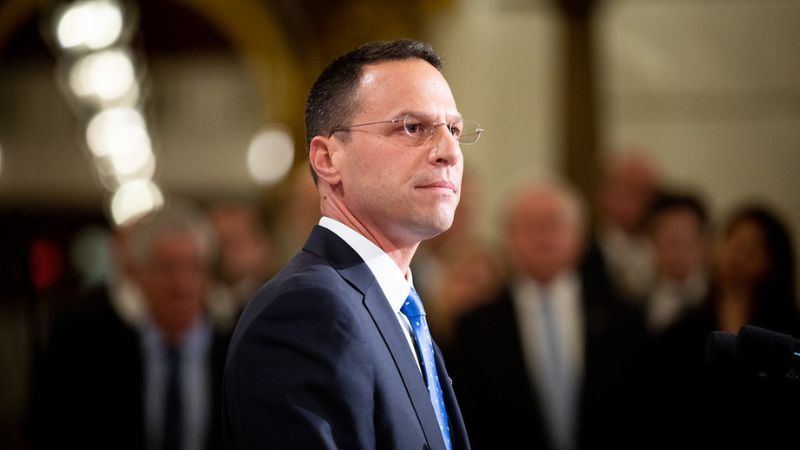 Hannah Nightingale Washington DC
Sep 28, 2022 minute read
ADVERTISEMENT
ADVERTISEMENT
Pennsylvania Democratic gubernatorial candidate Josh Shapiro advocated to allow students to use the bathroom that aligns with their gender identity, not their biological sex. This while he served as the state’s attorney general

Shapiro, who is running against Republican candidate Doug Mastriano, filed two briefs during his ongoing tenure as attorney general in two cases which centered around transgender female students and their requests to use the bathroom that aligns with their self-proclaimed gender identities.

In 2019, Shapiro filed a brief in the case Gavin Grimm alongside attorneys general from 22 states seeking to force the Gloucester County School Board to let Grimm use the bathroom that matches Grimm’s gender identity, and for the school to change the gender marker on Grimm’s school records to match Grimm’s birth certificate, which had been legally changed.

This brief was filed in 2019, nearly two years before the events of Loudon County, Virginia, where a biological male student was arrested for raping a girl in a female restroom. The teen was moved to another school, where he sexually assaulted another girl in an empty classroom.

Shapiro was part of another brief filed in 2021, months after the events of Loudon County, alongside the attorneys general for 22 states and the District of Columbia, once again requesting that a biologically female student be allowed to use the male restrooms in school.

The brief was filed in support of Drew Adams, who was banned from using the men’s restrooms in school, against the School Board of St. Johns County, Florida.

The brief states that the county’s "unwritten policy" barring Adams from the male restrooms "violates federal statutory and constitutional protections that prohibit such invidious discrimination."

"The policy violates Title IX by denying transgender boys and girls access to the same common restrooms that other boys and girls may use," the brief states. However, the policy would simply allow bathroom access based on biological sex, and not gender identity.

While the two cases related directly to biological females wanting to use male restrooms, the overarching arguments behind each brief is that transgender students should be able to use the bathroom that matches with their gender identity, regardless of their birth sex and chosen gender.

The topic of biological males wanting to enter female spaces because of their gender identity has gained nationwide attention in recent year,s with attention being drawn towards bathrooms and sports teams.

This year, incumbent Pennsylvania Governor Tom Wolf vetoed a bill that would have protected female sports, stating that potential athletes should be on teams that match their biological sex.