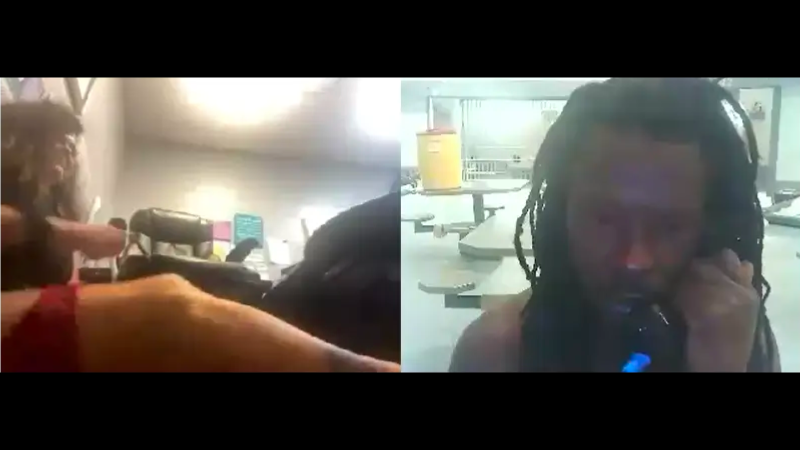 Olivia Rondeau
Jan 25, 2023 minute read
ADVERTISEMENT
ADVERTISEMENT
A Florida public school teacher has resigned from her role after authorities monitoring the video calls of inmates at the local jail caught the educator disrobing on camera in her office during school hours while chatting with her incarcerated boyfriend.

According to the sheriff, the teacher even began stripping off clothes during some of her conversations with her boyfriend, Lawrence Ray.

In a January 9 Facebook livestream, Smith named Barber along with three others who had recently been caught "exposing themselves to inmates." He displayed a printed-out screenshot taken from the video chat, and said he would get the State Attorney's Office to "find a way" to charge them, reported the Tallahassee Democrat.

"You are in jail, this is not some kind of resort you're at," Smith said in the now-erased video. "If you decide that you want to call one of your loved ones and want to expose yourself this is what's going to happen: we're going to expose you."

However, State Attorney Jack Campbell told the outlet that "This is not a crime."

"It's not illegal to have sexual conversations or even demonstrations between consensual adults," he added.

However, school district officials had already seen the video, placed Barber on paid leave, and launched an investigation into the teacher's workplace conduct. She was five months away from retirement, noted the Tallahassee newspaper.

"She has been an excellent educator in the Franklin County School System for 30 years," said Franklin County Superintendent Steve Lanier. "We don't wish any ill will on her. We wish this hadn't happened, but it did. And because it did, we have to take administrative action to investigate the situation and then make the determination on what's best for the school."

"I think parents have a right to know who is teaching their children. That's why I released this," Sheriff Smith told The Post.

He deleted the post a few days later after receiving "inappropriate" comments, the publication reported.

He doubled down on jail not being a "resort" in his statement.

"Jail is not a resort. People in jail need to abide by the rules, you have to have order. Otherwise, you can have chaos and it can be dangerous for the staff that has to deal with the inmates," Smith said.

The sheriff added that at one point, one of the inmate's exes who was apparently unaware of his relationship with Barber entered the chat during the couple's conversation, causing things to spin out of control.

Barber reportedly opted to resign after being told she would most likely be fired anyways.

When video calling an inmate, the person must consent to being monitored or "recorded by the incarcerated person's correctional facility or by us.

"Conduct that is illegal or inappropriate in any way, including indecent exposure, will not be tolerated," the rules state.
ADVERTISEMENT
ADVERTISEMENT
donna barber